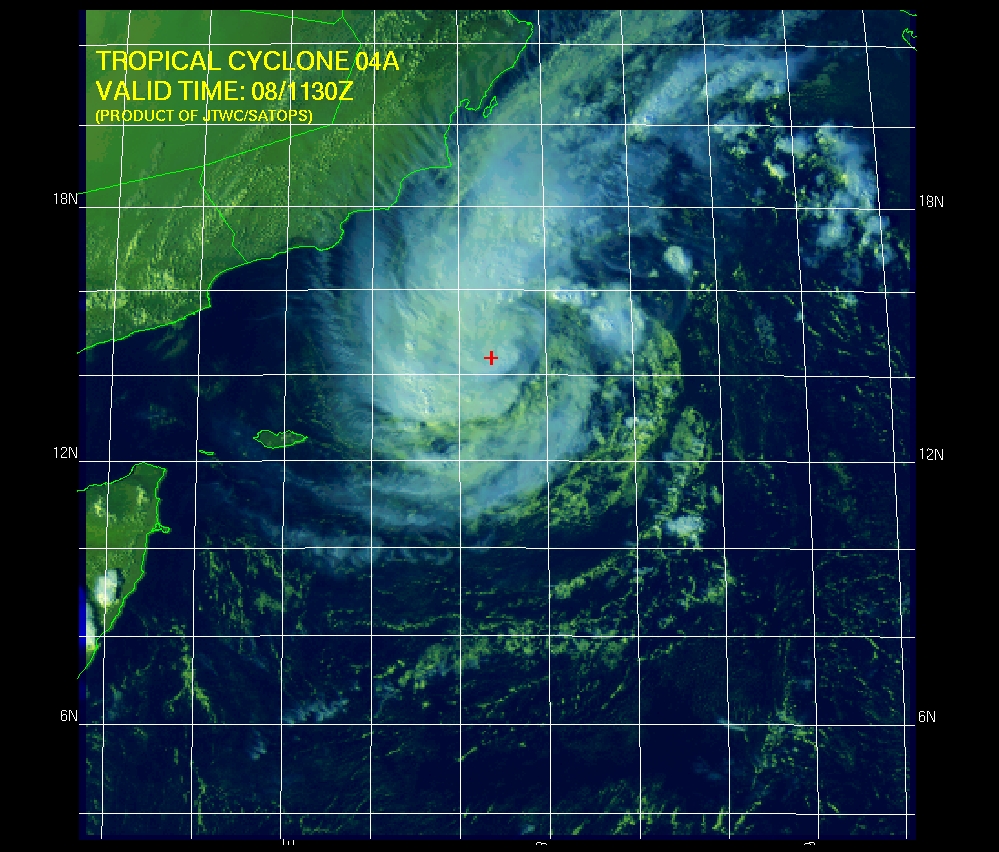 Tropical Depression Four (T.D. 4A), drifting towards the west over the western Arabian Sea. It could unleash heavy rain over easternmost Arabia Wednesday and Thursday. Localized flash flooding, the most likely threat to life and property, will be possible near the coast in southeastern Oman and even along the Makran Coast in southwestern Pakistan.

Centered about 340 miles southeast of Salalah, Oman, early Tuesday, T.D. 4 will drift slowly to the west and northwest through Wednesday. Later in the week, the depression will weaken, ultimately dissipating near the Arabian coast or hooking southwestward to the Horn of Africa or the Gulf of Aden. 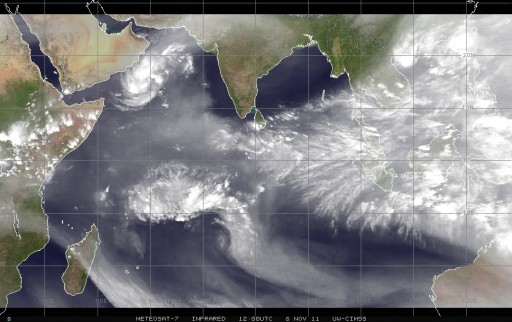 Times of Oman reports about flooded roads and overflowed wadis. The Met office has strongly advised citizens and residents to avoid staying long in the course of wadis which, the department said, can overflow when it rains. Also, due to the unstable weather condition causing high waves due to the shifting of the tropical condition’s centre, seafarers are also warned against the risk of venturing out along the southeastern coast of the Sultanate. Meanwhile, the death toll of last Wednesday’s heavy rains in different parts of Oman reached 12 after Royal Oman Police rescue teams found a body behind a commercial centre on Friday.