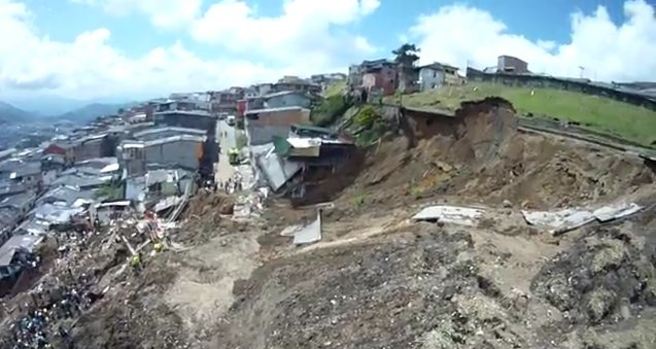 The death toll from a massive mudslide has risen to 35, officials said Monday, as rescuers struggled to find more survivors in this mountainous, coffee-growing region beset by days of heavy rain. The mudslide in Manizales, a city of 350,000 some 287 kilometers (178 miles) west of Bogota, swept through the Cervantes neighborhood early Saturday, demolishing as many as 14 houses.

The death toll had risen from 29 to 35, and could climb even higher according to Juan Manuel Osorio,  Red Cross director in Manizales. So far 16 people have been rescued but the likelihood of finding more survivors appeared to diminish by the hour. And some of the survivors, many of whom suffered physical injuries, now also were confronting the mental and emotional anguish of learning that their loved ones had perished. A spokeswoman for Colombia’s Risk Management Office, Sandra Calvo, said 35 families numbering some 159 people were believed to be living in the houses that were destroyed or damaged by the mudslide.

Meanwhile, seven people, mostly children, were killed in the city of Cali Sunday when a rain-swollen river burst its banks. Colombia has been battered by one of its worst rainy seasons in memory this year, with dozens killed and some 250,000 people having to be evacuated from their homes. 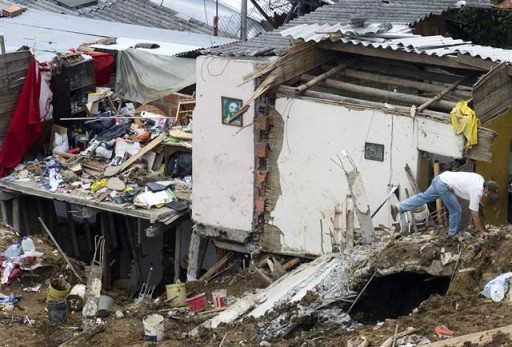 Between April 2010 and April 2011, particularly heavy rains triggered by the La Nina phenomenon – associated with cooler-than-normal water temperatures – left over 400 people dead and 3.6 million affected by the disaster. (TerraDaily) 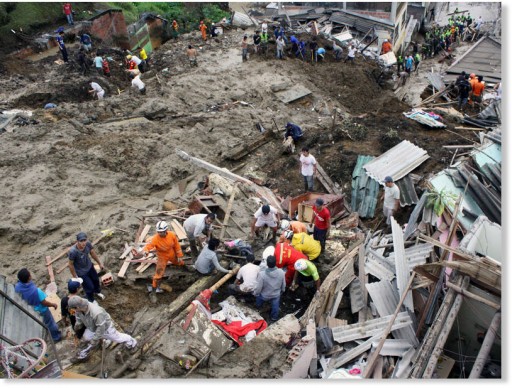 Landslides have been a very serious problem in Colombia in recent years – see for example previous posts here, here and here, and this landslide video.