Heavy rainfall causing flooding of usually dry wadis hit Oman and bring down the temperature thanks to a depression in the Arabian Sea. The regions of southern Dhofar, central Al Wusta and eastern Al Sharqiyah are regions directly facing the Arabian sea and they got maximum rainfall. That rains will continue under the influence of the low pressure system and will cover the governorates of Muscat, the Dakhiliyah, Southern and Northern Batinah, Al Buraimi and the Dhahirah. 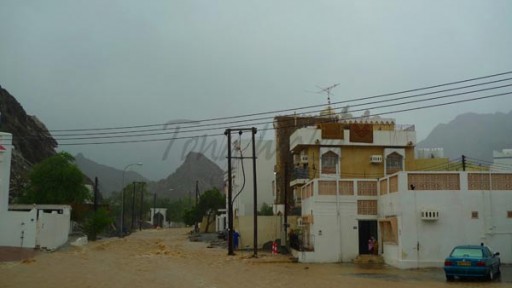 Some vehicles were washed away by strong currents in the wadi waters. A local media report said that three people got electrocuted when a naked electric wire allegedly fell into a pool of water that formed near a house in the Sharqiyah region.

Rescue crews in Oman have moved patients from a flooded hospital and are warning about more torrents as deadly rains lash the Arabian peninsula nation.  The latest downpours have caused flash floods and swamped low-lying areas.

Khaleej Times reports that the rains are not expected to ease until Thursday. 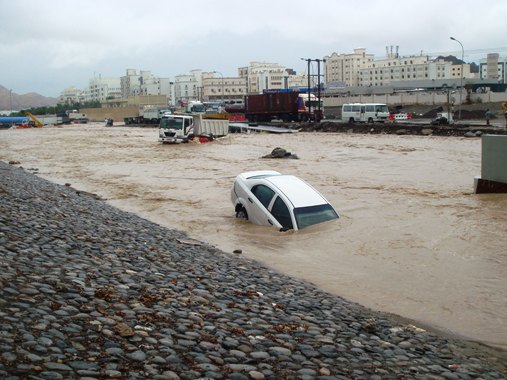