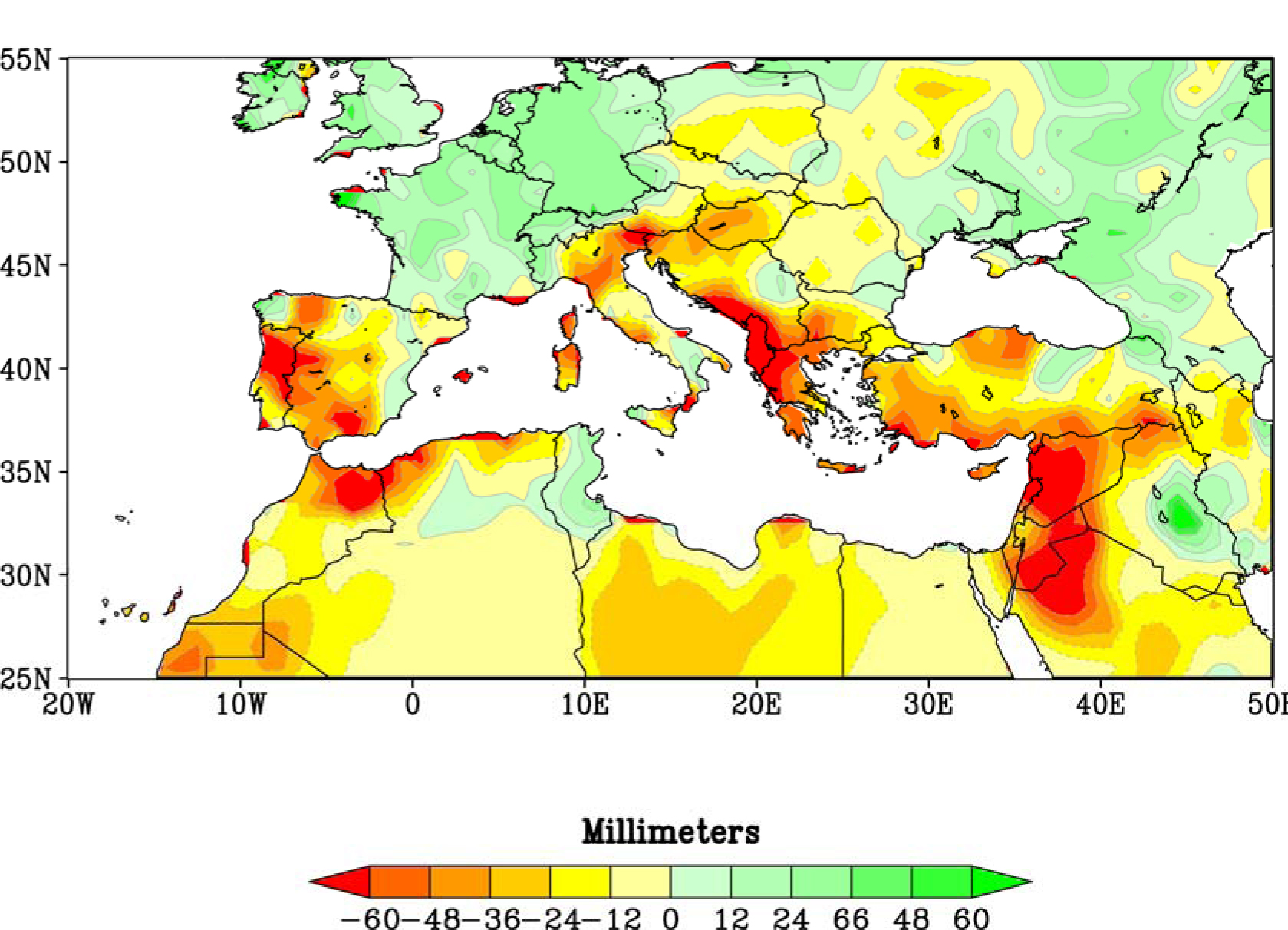 Wintertime droughts are increasingly common in the Mediterranean region, and human-caused climate change is partly responsible, according to a new analysis by NOAA scientists and colleagues at the Cooperative Institute for Research in Environmental Sciences (CIRES). In the last 20 years, 10 of the driest 12 winters have taken place in the lands surrounding the Mediterranean Sea.

“The magnitude and frequency of the drying that has occurred is too great to be explained by natural variability alone,” said Martin Hoerling, Ph.D. of NOAA’s Earth System Research Laboratory  in Boulder, Colo., lead author of a paper published online in the Journal of Climate this month. “This is not encouraging news for a region that already experiences water stress, because it implies natural variability alone is unlikely to return the region’s climate to normal.”

The Mediterranean region accumulates most of its precipitation during the winter, and Hoerling’s team uncovered a pattern of increasing wintertime dryness that stretched from Gibraltar to the Middle East. 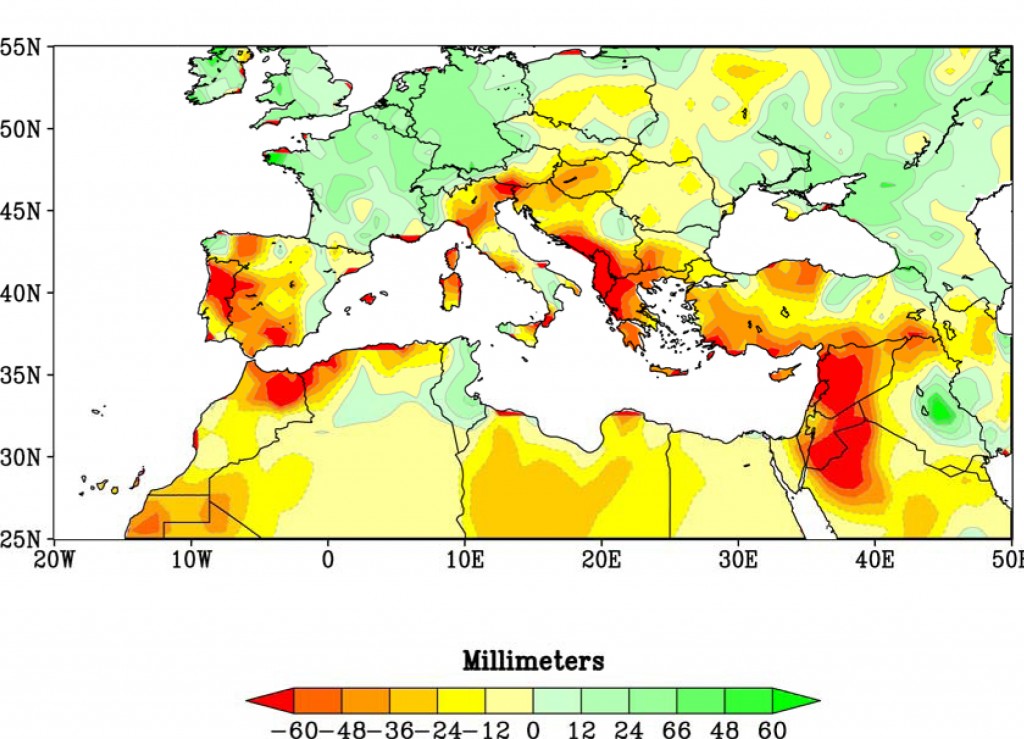 Scientists used observations and climate models to investigate several possible culprits, including natural variability, a cyclical climate pattern called the North Atlantic Oscillation (NAO), and climate change caused by greenhouse gases released into the atmosphere during fossil fuel use and other human activities.

Climate change from greenhouse gases explained roughly half the increased dryness of 1902-2010, the team found. This means that other processes, none specifically identified in the new investigation, also have contributed to increasing drought frequency in the region.

The team also found agreement between the observed increase in winter droughts and in the projections of climate models that include known increases in greenhouse gases. 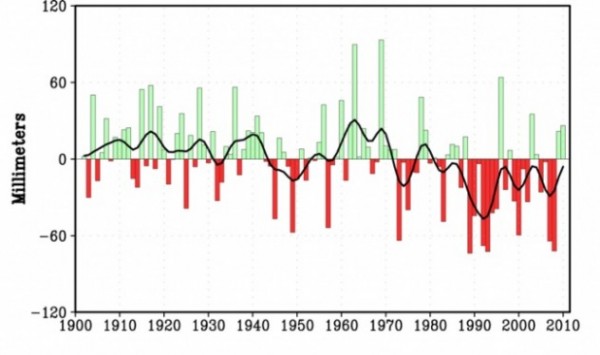 Both observations and model simulations show a sudden shift to drier conditions in the Mediterranean beginning in the 1970s. The analysis began with the year 1902, the first year of a recorded rainfall dataset.

In this analysis, sea surface temperature patterns emerged as the primary reason for the relationship between climate change and Mediterranean drought. In recent decades, greenhouse-induced climate change has caused somewhat greater warming of the tropical oceans compared to other ocean regions.

That pattern acts to drive drought-conducive weather patterns around the Mediterranean. The timing of ocean temperature changes coincides closely with the timing of increased droughts, the scientists found. 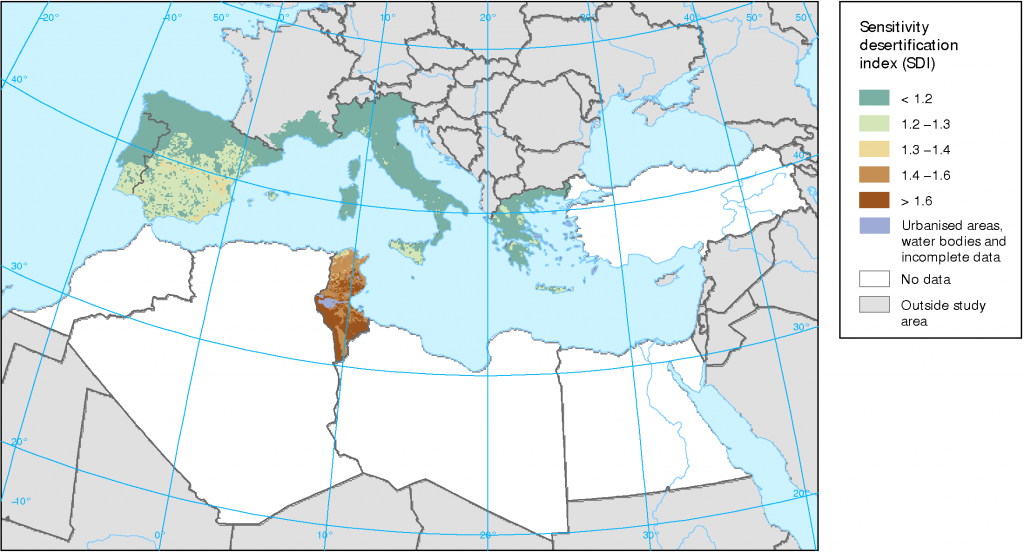 The Mediterranean has long been identified as a “hot spot” for substantial impact from climate change in the latter decades of this century because of water scarcity in the region, a rapidly increasing population, and climate modeling that projects increased risk of drought.

“The question has been whether this projected drying has already begun to occur in winter, the most important season for water resources,” Hoerling said. “The answer is yes.”

Climate is a global phenomenon with global impacts on food prices and water security, and NOAA researchers are engaged in understanding changes in climate across many regions of the world. In the Mediterranean, winter drought has emerged as a new normal that could threaten food security.

Lessons learned from studying climate in that region may also be relevant for the U.S. West Coast, which has a similar climate to the Mediterranean region of Europe and North Africa. (TerraDaily)