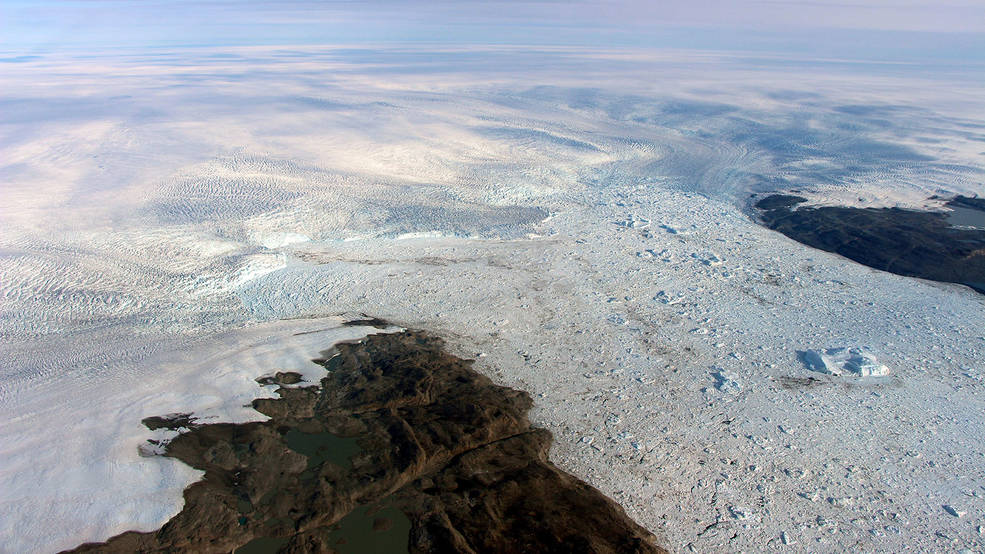 A new NASA research shows that Jakobshavn Glacier, which has been Greenland's fastest-flowing and fastest-thinning glacier for the last 20 years is now flowing more slowly, thickening, and advancing toward the ocean instead of retreating farther inland. The research is based on data from NASA's Oceans Melting Greenland (OMG) mission and other observations.

The researchers conclude that the slowdown of this glacier, known in the Greenlandic language as Sermeq Kujalleq, occurred because an ocean current that brings water to the glacier's ocean face grew much cooler in 2016. Water temperatures in the vicinity of the glacier are now colder than they have been since the mid-1980s.

The study, published in Nature Geoscience, reports the change in Jakobshavn's behavior and trace the source of the cooler water to the North Atlantic Ocean more than 966 km (600 miles) south of the glacier.

"The scientists were so shocked to find the change," JPL's Ala Khazendar said. "At first we didn't believe it. We had pretty much assumed that Jakobshavn would just keep going on as it had over the last 20 years."

The researchers suspect the cold water was set in motion by a climate pattern called the North Atlantic Oscillation (NAO), which causes the northern Atlantic Ocean to switch slowly between warm and cold every five to 20 years. The climate pattern settled into a new phase recently, cooling the Atlantic in general. This change was accompanied by some extra cooling in 2016 of the waters along Greenland's southwest coast, which flowed up the west coast, eventually reaching Jakobshavn.

The research team combined earlier data on ocean temperature with data from the OMG mission, which has measured ocean temperature and salinity around the entire island for the last three summers. They found that in 2016, water in Jakobshavn's fjord cooled to temperatures not seen since the 1980s.

Using an ocean model called Estimating the Circulation and Climate of the Ocean (ECCO) to help fill in the gaps, the team traced the cool water upstream (toward the south) to a current that carries water around the southern tip of Greenland and northward along its west coast. In 2016, the water in this current cooled by more than 1.5 °C (2.7 °F).

Although the last few winters were relatively mild in Greenland itself, they were much colder and windier than usual over the North Atlantic Ocean. The cold weather coincided with the switch in the NAO climate pattern. Under the influence of this change, the Atlantic Ocean near Greenland cooled by about 1 °C (0.5 °F) between 2013 and 2016. These generally cooler conditions set the stage for the rapid cooling of the ocean current in southwest Greenland in early 2016. The cooler waters arrived near Jakobshavn that summer, at the same time that Jakobshavn slowed dramatically.