A large exclusion zone of 45 km is in place around Hudson volcano in southern Chile (45.90 S, 72.97 W ). The volcano remains on the highest level 5 alert due to high seismic activity. Steam and minor ash emissions reached height of 5.5 km on Thursday 27th October. A minor eruption was confirmed on Wednesday 26th October. The eruption of Hudson volcano in 1991 was one of the largest in the world in the 20th century.

Hudson volcano in southern Chile has been placed on the highest level 5 alert, with an eruption possible within hours or days. An earthquake swarm occurred at the volcano on 26th October 2011. Population centres are located downwind of the volcano and ashfall would be expected after an eruption. 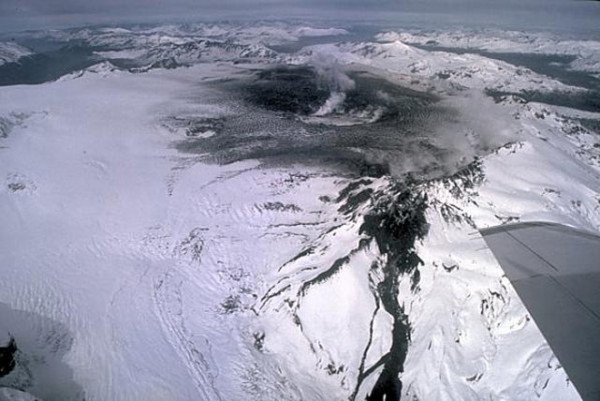 The summit contains ice therefore an eruption would likely generate lahars. There is a possibility of secondary lahars after rainfall mobilises ash deposits. Visual observations of the volcano on 26th October showed a white column, with little ash, rising to a height of 1.5 km above the volcano. The last eruption of Hudson volcano in 1991 was very large and sent ash across Patagonia, Falkland Islands, and Australia. (VolcanoLive)

Read our previous post to find out more info on Cerro Hudson.

SERNAGEOMIN, the Chilean authority who is guarding the activity of the volcanoes has increased the alert level from 3 to 5 (Red Alert). 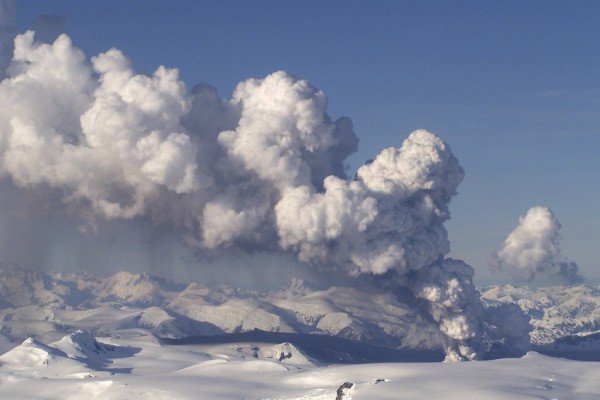 According to monitoring carried out until 07:30 hrs, and the record received from the localities affected by ONEMI professionals deployed on land, at 17:20 hrs yesterday, there were some minute-long noises produced. In the morning, it was reported that the industry was clear, the river is normal Ibáñez,. The plume remains white, without noise underground and there was no smell of sulfur.

Chile's Navy informed at 4:25 hours that the situation at Cupquelan estuary  stay remained, and at  Estero in the field of Quitralco there are some sediments and drift logs in smaller amounts.

Puerto Ibáñez remains closed for smaller vessels in and out of the Bay for time variable.

During the EOC yesterday afternoon, the National Director Sernageomin presented the current situation of the volcano and the effects observed on overflights, monitoring instruments and field visits, noting that "a trip to the area of ​​the mouth of the river Huemules field allowed us to observe the material dragged the lahar, which allows you to check the importance of having evacuated the area and also to leave a historical record for that future eruptions population and authorities have a graphical display of the effects of a lahar " .

The Director of Sernageomin by the MOP Seremi conducted a review of topographic maps of the volcano area and concluded that there is no primary lahar hazard in the river Murta.

Sernageomin completed the installation of six monitoring stations of the volcano, 1 is in the Las Mallows, 1 Chiflón sector, 1 in the caldera of Hudson volcano and 3 stations within 60 km around the volcano. Additionally, in today installed a camera in real-time monitoring in the sector. 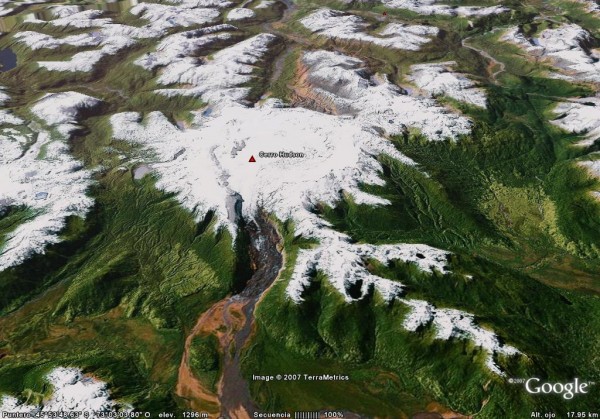 Hudson volcano is the southernmost volcano of the Chilean Southern Volcanic Zone. It is located 280 km from the Nazca-Antarctica-South American triple junction. Volcanic activity results from subduction of the Nazca plate beneath the South American plate. Hudson volcano is just north of 300 km long Patagonian Volcanic Gap (46–49°S), which is related to the subduction of the Chile Rise over the last 8 million years. The volcano contains a 10 km wide, almost circular caldera is filled with glacial ice, which drains into the Huemules glacier to the north.