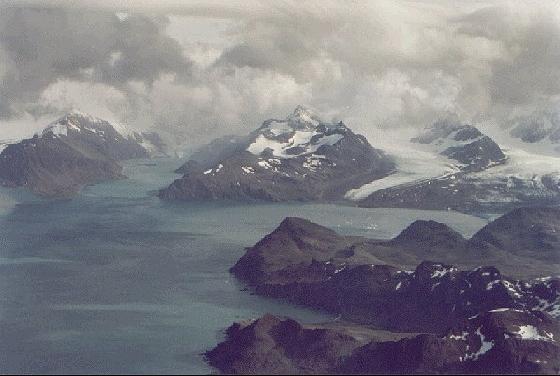 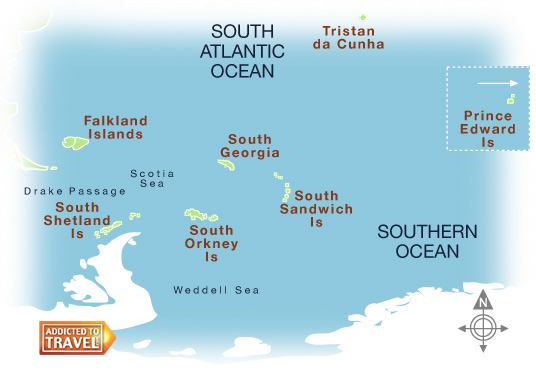 On March 6, 2011, five days before the devastating March 9.0 earthquake and tsunami devastated Japan, a 6.5 magnitude earthquake struck the same region at a depth of 84 km. The South Sandwich Plate or microplate is a tectonic plate bounded by the subducting South American Plate to the east, the Antarctic Plate to the south, and the Scotia plate to the west. The rapid seismic activation of this region is one more indication of how tectonic plate stress is increasing as geological changes sweep through the Atlantic Ocean, hastening the spreading of the sea-floor and the subduction of tectonic plates lodged in its path. Mount Belinda is an active volcano in the Sandwich Islands but there are three other volcanoes near both of the 6.0+ earthquakes’ epicenters that are also worth watching. (TheExtinctionProtocol)

The northernmost of the South Sandwich Islands form the Traversay Islands and Candlemas Islands groups, while the southernmost make up Southern Thule. The three largest islands – Saunders, Montagu and Bristol – lie between the two. The Islands’ highest point is Mount Belinda (1,370 m/4,495 ft) on Montagu Island. 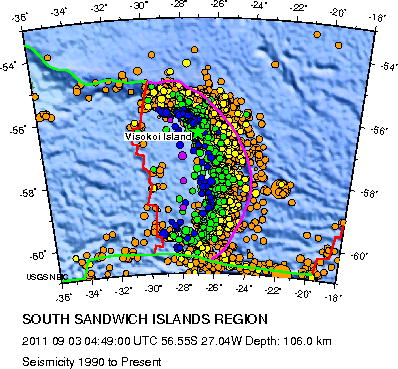 The South Sandwich Islands are uninhabited, though a permanently manned Argentine research station was located on Thule Island from 1976 to 1982. There are automatic weather stations on Thule (Morrell) Island and Zavodovski. To the northwest of Zavodovski Island is the Protector Shoal, a submarine volcano. (Wikipedia) 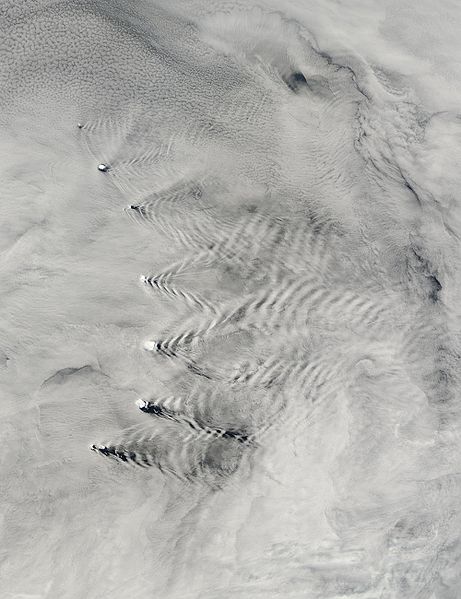