Authorities in Guatemala on Friday declared a red alert in the Santa Rosa department east of the capital after recent strong rains and flash floods left seven dead.

The Center of Emergency Operations, which provides necessary aid to affected populations, is coordinating activities in the area. Military barracks in the area were transformed into an aid distribution center. According to an official tally, strong rains over the past few days have left seven dead, four missing and damaged 1,215 homes in the city of Cuilapa after water levels rose in the San Juan River. 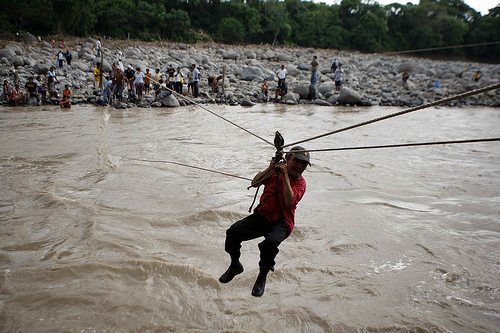 Sixteen people have so far been killed since the start of Guatemala's rainy season in May. Last year, 174 people were killed during the rainy season, which saw the most precipitation in 60 years. (TerraDaily)