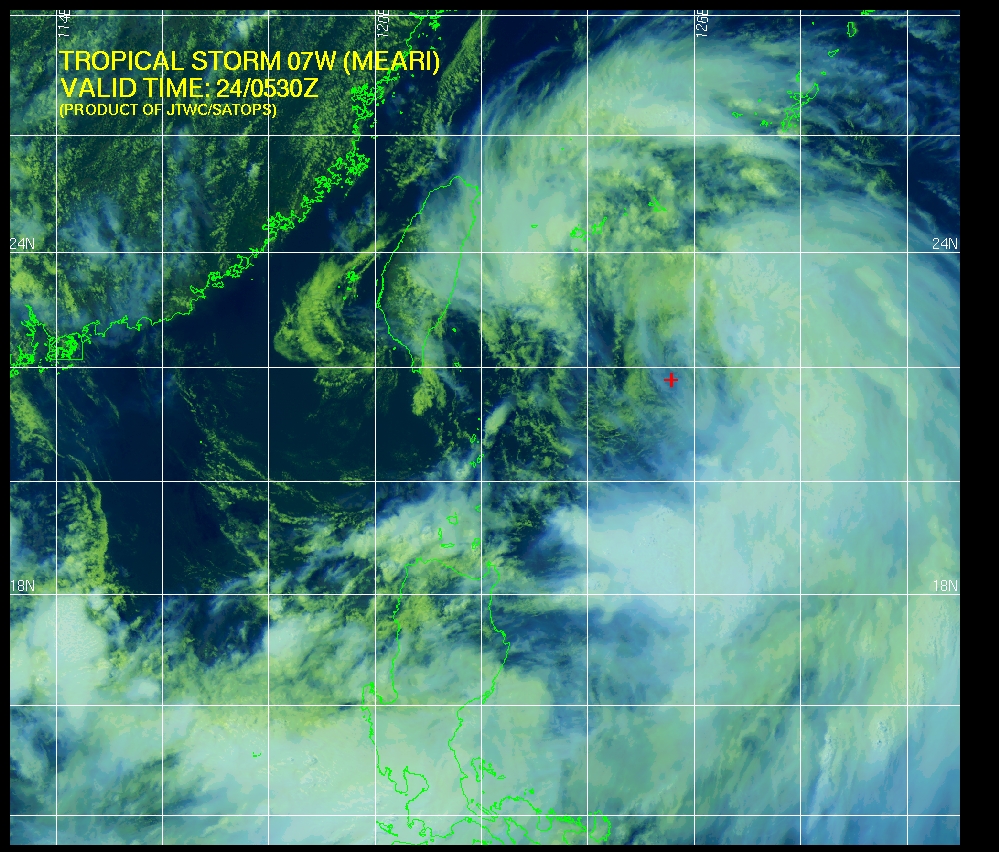 A Science and Technology official said Tropical Storm Falcon might develop into typhoon Saturday morning after it slightly intensified Friday. Meari might intensify Friday afternoon after it merged with the new low pressure area spotted near Catanduanes province. A typhoon carries winds of at least 115 kilometers per hour near the center as weather agencies in China, Korea, United States, and Taiwan earlier expected Falcon to join this category on Friday. Meari will exit the Philippine Area of Responsibility by Saturday evening while leaving the whole country cloudy skies and scattered rain showers until June 29.

As of 4 a.m. Friday, Falcon (international codename: Meari) was spotted at 370 kilometers east northeast of Tuguegarao City with a maximum sustained winds of 85 kilometers per hour (kph) near the center and gustiness of 100 kph. Falcon is moving north northwest at 19 kph. Public storm signal number 1 is still up in Calayan, Batanes Group of Islands and the Babuyan Group of Islands, while central and northern Luzon are expected to experience heavy rainfall Saturday morning. 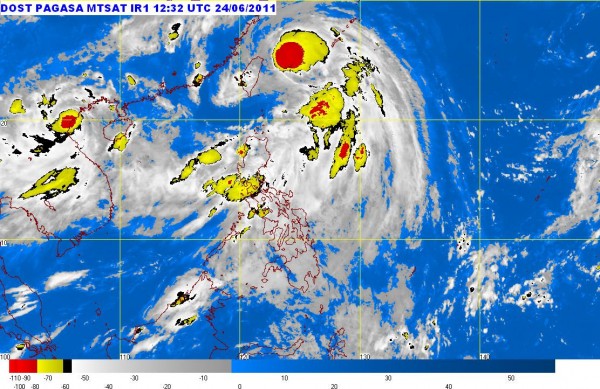 Philippine Atmospheric Geophysical and Astronomical Services (Pagasa) reports that water volume is expected to increase in the next five hours on Friday, prompting overflow of some rivers in the region. In a report by the Manila International Airport Authority (MIAA), six flights were called off as of 7 a.m. Friday.

Residents in low-lying and mountainous area are advised to watch out for flashfloods and landslides, while the public and the disaster coordinating councils concerned are advised to take appropriate actions and watch for hourly updates from Pagasa. (SunStar)

Some 50,000 people were in evacuation centres in the Philippines on Friday after fleeing their homes following days of torrential rains caused by Tropical Storm Meari, officials said. More than 3,200 people fled their homes overnight in the capital Manila alone as the storm added to seasonal monsoon rains, bringing massive flooding to city streets, the civil defence agency said. The swift evacuation of Manila residents as the waters rose overnight prevented any deaths, said Benito Ramos, executive director of the official National Disaster Risk Reduction and Management Council.

However 11 people were still missing in or near the less-developed Bicol peninsula southeast of Manila that bore the brunt of Meari as it brushed past the eastern side of this country, the council added. The missing included 10 fishermen who ventured out to sea from the island of Catanduanes before Meari struck and a woman swept away by flash flooding in another part of Bicol, a council said. (AFP) 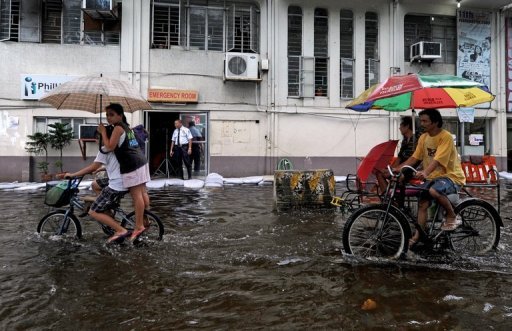