​Tropical Storm "Jangmi", locally known as Seniang, made landfall near the town of San Agustin, Surigao del Sur province of northeastern Mindanao, Philippines early on December 29 (local time) and left a trail of destruction as it moved across the central part of the country.

Heavy rain has accompanied this system as it moved onshore, with 162 mm (6.3”) of rainfall reported in the town of Surigao, and Hinatuan picking up a colossal 362 mm (14.2”), meteorologist Robert Speta of the WestPacWx said.

According to latest reports, heavy flooding and landslides that followed caused deaths of at least 11 people.

Bohol is among the provinces hardest hit by floods, and is now under a state of calamity. Rivers burst their banks, covering roads and highways in knee-deep floods that washed out bridges and stalled vehicles, regional civil defense officer Allen Cabaron said, adding that floods in some areas were "neck-deep.”

NASA's Aqua satellite passed over Jangmi on December 29 at 05:05 UTC and saw bands of thunderstorms wrapped into the center from the northeastern and southeastern quadrants stretching back over the Philippine Sea (east of the country). 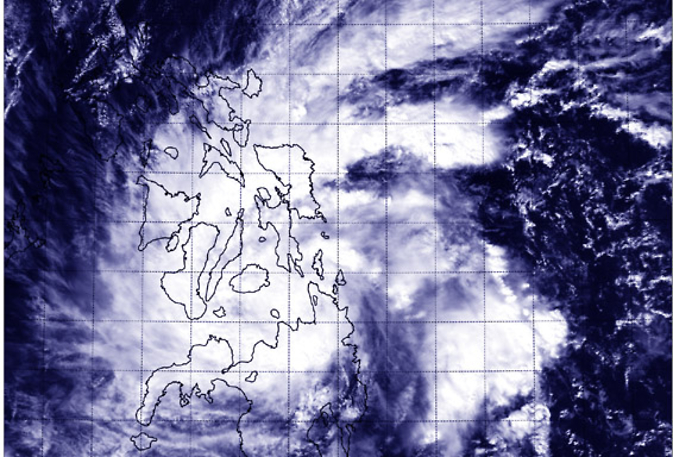 NASA's Aqua satellite captured this image of Tropical Storm Jangmi over the central and southern Philippines on December 29 at 5:05 UTC. Image credit: NASA/NRL

The Joint Typhoon Warning Center (JTWC) looked at animated enhanced infrared satellite imagery and a radar animation from Cebu Station, Philippines that showed Jangmi intensified as it tracked across the Surigao Strait. The low level circulation had become more tightly wrapped and better defined despite a weakening in the bands of thunderstorms as the system made landfall across Bohol Island.

In the longer range this storm could bring the threat of rains to Malaysia, the last place on earth that needs any heavy rains at this time, Speta warns.

Residents in low lying and mountainous areas of the provinces with PSWS#2 and PSWS#1 are alerted against possible flashfloods and landslides.

Ocean waves may reach up to 5 meters.

Fisherfolks and those with small seacrafts are advised not to venture out over the seaboards of Luzon, Visayas and over the northern and eastern seaboards of Mindanao.