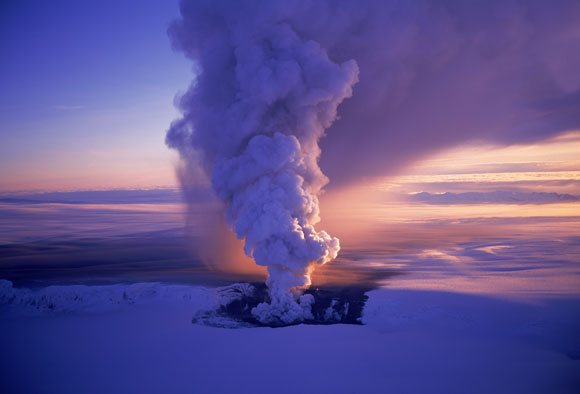 Iceland's most active volcano, Grimsvotn, started erupting at around 17:30 UTC on May 21, 2011. The volcano, which lies under the Vatnajokull glacier in south-east Iceland, last erupted in 2004.

In 2010, plumes of ash from Iceland's Eyjafjallajokull volcano caused weeks of air travel chaos across Europe. Scientists say the latest eruption is unlikely to cause similar problems, although it may trigger localized flooding. Volcanic eruptions are common in Iceland, which lies along the Mid-Atlantic Ridge that divides the Eurasian and North American continental plates. 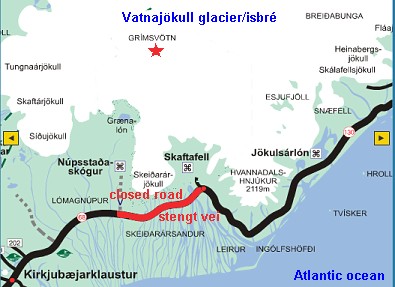 Icelandic Meteorological Office geologist Hjorleifur Sveinbjornsson said that Grimsvotn had thrown a plume of white smoke about 15 km (9 miles) into the air. Last year's outpouring of ash from Eyjafjallajokull led to the largest closure of European airspace since World War II. About 10 million travelers were affected and some questioned whether the shutdown was an over-reaction. However, a scientific study published last month said the safety concerns had been well-founded.

Grímsvötn, Iceland's most frequently active volcano in historical time, lies largely beneath the vast Vatnajökull icecap. The caldera lake is covered by a 200-m-thick ice shelf, and only the southern rim of the 6 x 8 km caldera is exposed. The geothermal area in the caldera causes frequent jökulhlaups (glacier outburst floods) when melting raises the water level high enough to lift its ice dam. Long NE-SW-trending fissure systems extend from the central volcano. 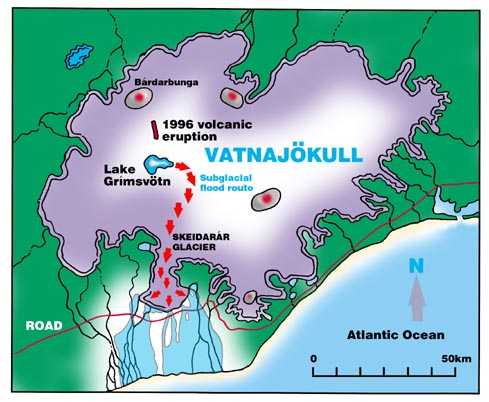 The most prominent of these is the noted Laki (Skaftar) fissure, which extends to the SW and produced the world's largest known historical lava flow during an eruption in 1783. The 15-cu-km basaltic Laki lavas were erupted over a 7-month period from a 27-km-long fissure system. Extensive crop damage and livestock losses caused a severe famine that resulted in the loss of one-fifth of the population of Iceland. (Smitsonian Global Volcanism Program) 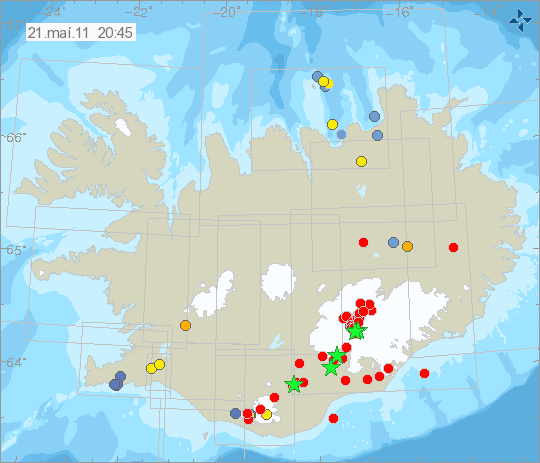