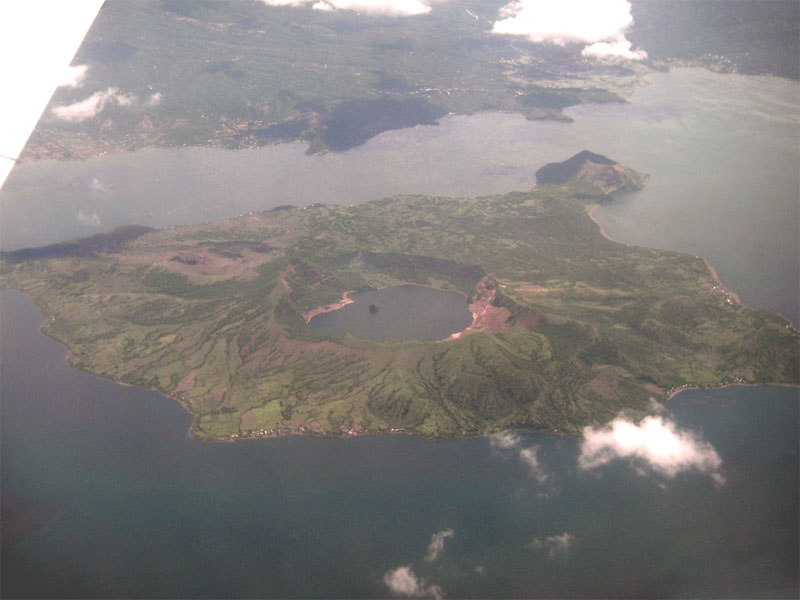 Taal Volcano is getting restive and an eruption, while not imminent, is a possibility, the Philippine Institute of Volcanology and Seismology (PHIVOLCS) warned Saturday. The agency raised the alert status to Level 2 from Level 1, following an increase in volcanic earthquakes, carbon dioxide emissions and steaming activity. Level 2 is described as “alarming” and indicates probable magmatic intrusion that could eventually lead to an eruption.

PHIVOLCS reports that since magma is rising up from the volcano, people should stay away from its main crater, the Daang Kastila Trail and Mt. Tabaro, the site of the 1965 eruption on the Volcano Island. Sudden, hazardous steam-driven explosions could take place and toxic gases could fill the air, posing danger to all living things in the area.

“Breathing air with high concentration of gases can be lethal to humans, animals and even cause damage to vegetation.”

It reminded the public that the Volcano Island is a permanent danger zone. Taal Volcano and its lake are a popular tourist destination, with visitors trooping to the area to gaze at what is known as the world's smallest active volcano. According to PHIVOLCS, the number of volcanic earthquakes detected since Friday has increased, and they were becoming shallower.

A total of 21 seismic earthquakes have been recorded. Two of the earthquakes were perceptible and were felt at intensities 2 to 3. One was accompanied by a rumbling sound. Carbon dioxide emissions from Taal’s Main Crater Lake were at 4,670 metric tons per day in the last week of March, up from the 1,875 tons per day recorded in February. The remarkable increase in C02 concentration indicates its release from the magma at depth. The release of steam from the north and northeast sides of the main crater has intensified, and hissing sounds have at times been heard.

Taal is one of the most unstable of the country's 22 known active volcanoes with 33 recorded eruptions, the last one in 1977. A lake surrounding the crater prevented deaths in 1977 and during other eruptions, as the body of water protected outlying areas from the lava. (Inquirer) 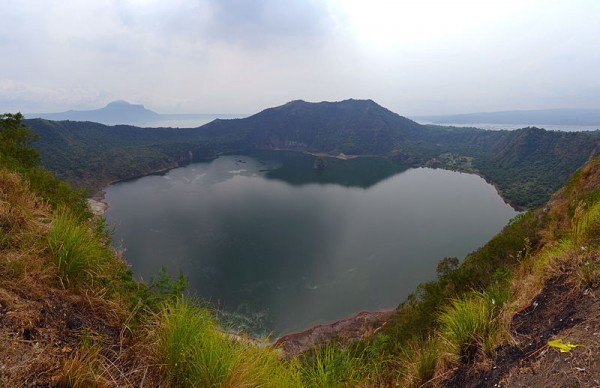 Taal Volcano is a complex volcano on the island of Luzon in the Philippines. Historical eruptions are concentrated on Volcano Island, an island near the middle of Lake Taal. The lake partially fills Taal Caldera, which was formed by prehistoric very powerful eruptions. It is located about 50 km (31 miles) south of the capital of the country, the city of Manila.

The volcano had several violent eruptions in the past causing loss of life in the island and the populated areas surrounding the lake, with the death toll estimated at around 5,000 to 6,000. Because of its proximity to populated areas and its eruptive history, the volcano was designated a Decade Volcano, worthy of close study to prevent future natural disasters. It is one of the active volcanoes in the Philippines and part of the Pacific ring of fire.

Permanent settlement in the island is prohibited by the Philippine Institute of Volcanology and Seismology or PHIVOLCS, declaring the whole Volcano Island as a high-risk area and a Permanent Danger Zone (PDZ). Despite the warnings, poor families have settled on the island, risking their lives, earning a living by fishing and farming crops from the rich volcanic soil.

While seismic activity is a common precursor to eruptive activity, another useful indicator at Taal is the temperature of Lake Taal. Before the 1965 eruption began, the lake's temperature rose to several degrees above normal. However, on some eruptions there is no reported increase in the lake's temperature. On some eruptions, the dissolution of acidic volcanic gases into the lake has resulted in the death of large numbers of fish and animals.

Volcanologists measuring the concentration of radon gas in the soil on Volcano island measured an anomalous increase of the radon concentration by a factor of six in October 1994. This increase was followed 22 days later by a magnitude 7.1 earthquake on November 15, centered about 50 km south of Taal, off the coast of Luzon.

A typhoon had passed through the area a few days before the radon spike was measured, but when Typhoon Angela, one of the most powerful to strike the area in ten years, crossed Luzon on almost the same track a year later, no radon spike was measured. Therefore, typhoons were ruled out as the cause, and there is strong evidence that the radon originated in the stress accumulation preceding the earthquake.

Following the issuance of the volcano advisory on 31 March 2011, the monitored parameters have shown significant changes as indicated by the following observations:

In view of the above observations at Taal Volcano and the interpretation that magma has been intruding towards the surface, as manifested by CO2 being released in Main Crater Lake and increase in seismic activity, Taal Volcano’s status is now raised to Alert Level 2.  With this alert status, the present activities could eventually lead to an eruption.  Hence, PHIVOLCS advises the public that the Main Crater, Daang Kastila Trail and Mt.  Tabaro (1965 Eruption Site) are strictly off-limits because sudden hazardous steam-driven explosions may occur and high concentrations of toxic gases may accumulate.  Breathing air with high concentration of gases can be lethal to human, animals and even cause damage to vegetation.   In addition, it is reminded that entire Volcano Island is a Permanent Danger Zone (PDZ), and permanent settlement in the island is strictly not recommended.  DOST-PHIVOLCS is closely monitoring Taal Volcano’s activity and any new significant development will be immediately relayed to all concerned. (PHIVOLCS)