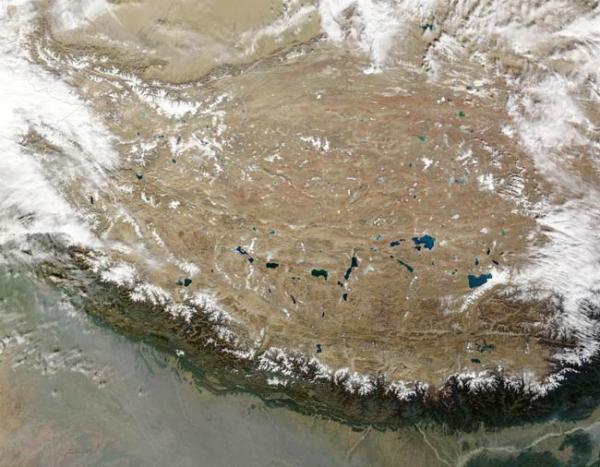 An underground rock movement in Tibet is getting attention these days as geologists debate exactly what is going on beneath the surface of the so-called Roof of the World.

Geology of the Tibetan Plateau

The Tibetan Plateau, with an average elevation of roughly 16,000 feet (4,900 meters), is one of the highest, flattest places on earth. It lies at the intersection of the most vigorous collision of continental plates on the planet, where the Indian continental plate smashes into the Eurasian plate and dives beneath it. The slow-motion crash helped create the massive Himalayas — yet for all its violence, scientists aren’t exactly sure what processes are at work in the region.

A new study, published in the April 7 edition of the journal Nature, suggests that two widely accepted theories about the mechanics and materials at work in the region are wrong.

Around three decades ago, many scientists began to believe that the friction of the two continental plates created such heat that the deep underground rocks caught up in the high temperatures took on a fluid-like quality, said Brian Wernicke, a professor of geology at the California Institute of Technology who is an author of the paper.

Wernicke said that in the accepted scenario, the rock is fluid in the same way that glaciers are fluid — still hard enough that you could hit them with a hammer, but able to flow and move over a long time scale — and that there isn’t much of an interaction between the Indian and Eurasian plates.

If that were the case, it would help explain why the Tibetan Plateau has stayed so flat, since a weaker material beneath the massive plain would have less effect on the Earth’s surface, as if the plateau were resting on a water bed. 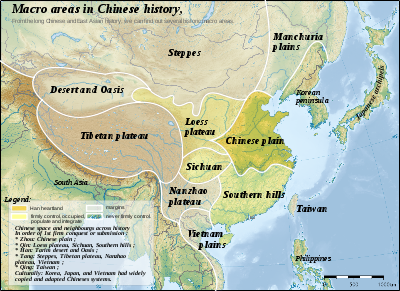 However, a new model reveals a very different situation.

The new model indicates there is no layer of lubricating, fluid-like rock at the intersection of the two plates and that instead, the subsurface materials are rigid and strong, with the two plates locked in a subterranean wrestler’s embrace — with the Indian Plate pushing hard against the Eurasian Plate above.

To illustrate, Wernicke suggested placing your right hand over the left. If you push the knuckles of your left hand against your right palm, you can feel the effect. Drizzle your hands with oil, and the effect will change.

The authors of the study used a complex computer model for their research, plugging in some data points that are well established — such as the velocity with which the tectonic plates are moving — and an accepted range for other variables, such as the strength of the rocks and their temperature.

It turned out that the scenario that best matched observed conditions didn’t allow for the weak, fluid layer between the massive slabs of crust, and the resulting weak relationship between the plates. The model that indicated rigid Indian crust grinding up against the overlapping Eurasian plate best matched the situation on the surface.

The region is one of the most tectonically active on the surface of the Earth, and Wernicke said that any improved understanding of the materials and mechanics lying at the heart of the action is helpful.

“These are all fundamental questions that bear on the physics of how earthquakes happen,” Wernicke said.

However, Wernicke said he and co-authors Jean-Philippe Avouac, also of Caltech, and Alex Copley of the University of Cambridge in England stress that their study provides a look at the current geophysical situation, and that conditions in the region could have changed over the 50 million years since the Indian Plate first slammed into the Eurasian continent. (OurAmazingPlanet)

“Our model doesn’t bear on what was going on 15 million years ago,” Wernicke said, “because we don’t have all the information we have today.”