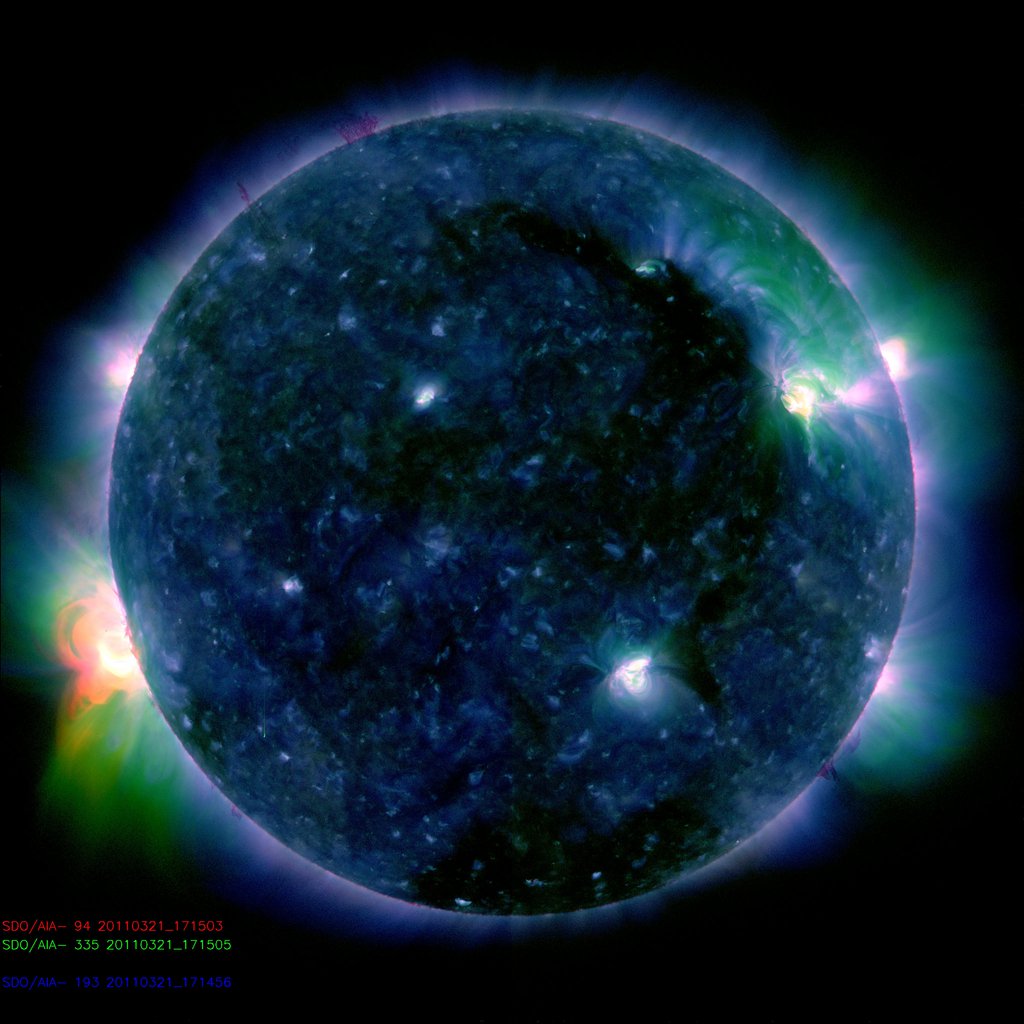 A big sunspot is emerging over the sun’s southeastern limb, and it is crackling with activity. NASA’s Solar Dynamics Observatory recorded a surge of extreme ultraviolet radiation from the sunspot’s magnetic canopy on March 21st:

This appears to be the return of old sunspot 1165, last seen in early March when it formed on the sun’s southwestern limb. Since then it has been transiting the far side of the sun, apparently growing in size and restlessness. The potential for trouble will become more clear in the hours ahead as the active region emerges in full.  Stay tuned.

Returning active region 1165 is rotating back into view on the eastern limb and was renumbered 1176 by NOAA. This region has produced C-Class flares and it could possibly produce M-Class flares as well. 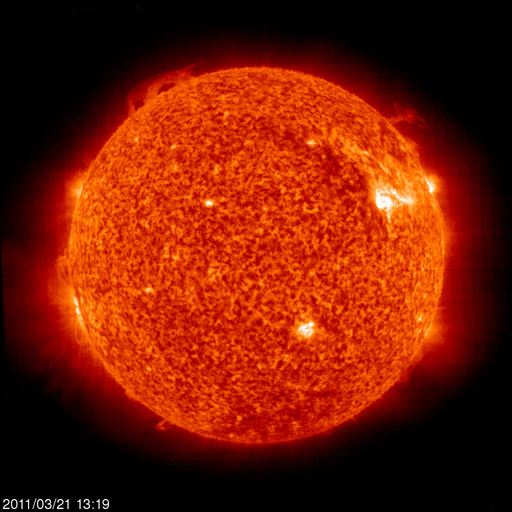 The solar flux has risen above 100 once again with the help of the new active region. Sunspot 1175 persists in the northern hemisphere and can produce atleast C-Class flares.


NOAA SWPC Report:
Parting Shot. Region 1169, now more than three days beyond west limb, produced a CME early today that resulted in an S1 (Minor) Solar Radiation Storm. This “just enough” event surpassed the threshold at 1950 UTC today, and is expected to wane over the next 12-18 hours. 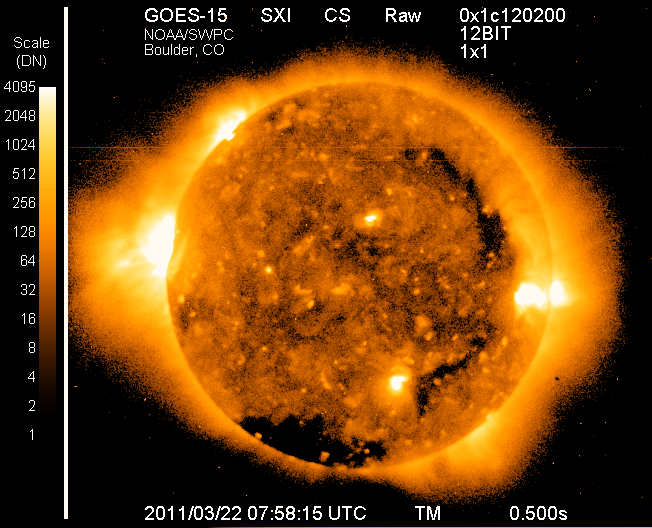