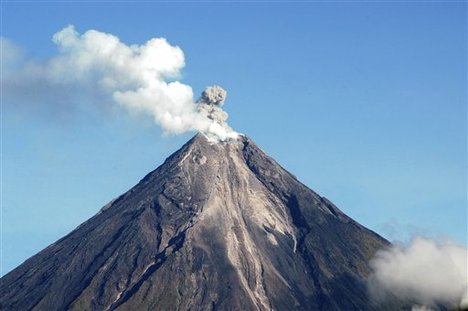 At least 16 volcanic quakes were recorded around restive Bulusan Volcano in Sorsogon, less than 24 hours after its latest ash explosion. The Philippine Institute of Volcanology and Seismology also reported ash deposits in many areas in Sorsogon following Monday’s incident.
It said the first explosion was accompanied by a rumbling sound heard up to 10 kilometers away in Juban town in Sorsogon. The first explosion also produced a grayish ash column that rose up to about three kilometers above the summit before drifting to the southwest.

Phivolcs cited results of a field investigation that confirmed ash deposits in Irosin (up to 5 mm) and Bulan (up to 3 mm) in Sorsogon. It added traces of ash deposits were also reported in Juban and Magallanes towns in Sorsogon, and in Masbate City in Masbate province.

“This means that the source of activity is hydrothermal and shallow. Entry to the 4-kilometer radius Permanent Danger Zone (PDZ) is strictly prohibited, since the area is at risk to sudden steam and ash explosions,” it said.

Also, it said that due to the prevailing wind direction, residents in the northwest and southwest sectors of the volcano are reminded to take precautions against ashfalls. Civil aviation authorities must also warn pilots to avoid flying close to the volcano’s summit as ejected ash and volcanic fragments from sudden explosions may be hazardous to aircraft, it added.

“Furthermore, people living near valleys and river/stream channels should be vigilant against sediment-laden stream flows and lahars in the event of heavy and prolonged rainfall,” it said. 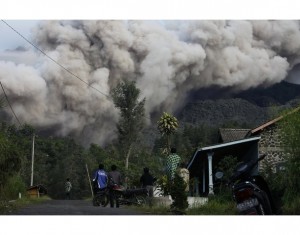 Taal watch
Meanwhile, Phivolcs said at least one volcanic quake was recorded around Taal Volcano in Batangas province in the past 24 hours. It said Alert Level 1 remains over Taal Volcano, meaning a hazardous eruption is not imminent.

“However, the public is reminded that the Main Crater should be strictly off-limits due to sudden occurrence of steam explosions and accumulation of toxic gases. The northern portion of the Main Crater rim, in the vicinity of Daang Kastila trail, may also be dangerous when increased steam emission is reactivated along existing fissures,” it said.

Also, it said the public the entire Volcano Island is a Permanent Danger Zone (PDZ), and permanent settlement in the island is strictly not recommended. — GMA News

A magnitude-4.1 earthquake hit Metro Manila and nearby provinces this this morning, the Philippine Institute of Volcanology and Seismology (Phivolcs) said. Phivolcs said the earthquake’s epicenter was traced 25 kilometers from Nasugbu, Batangas. The US Geological Survey, meanwhile, said the earthquake had a magnitude of 5.3 and a depth of 137 kilometers. The tremor was felt around 10 a.m. in Manila and nearby cities but no casualties have been reported.