A Type II radio emission with an estimated velocity of 642 km/s was associated with the event. Type II emissions occur in association with eruptions on the Sun and typically indicate a coronal mass ejection (CME) is associated with a flare event.

A Type IV radio emission was also associated with the event. Type IV emissions occur in association with major eruptions on the Sun and are typically associated with strong CMEs and solar radiation storms.

Due to the location of this region just beyond the west limb, there is a slim chance any part of the CME is directed toward Earth. WSA-ENLIL Modelling showed no Earth-directed component.1

Another CME was observed in SOHO/LASCO C2 imagery beginning at 17:36 UTC today. The CME was associated with a C8 flare at 17:26 UTC from Region 2944. Due to the region's proximity on the west limb, it is unlikely to be geoeffective.2 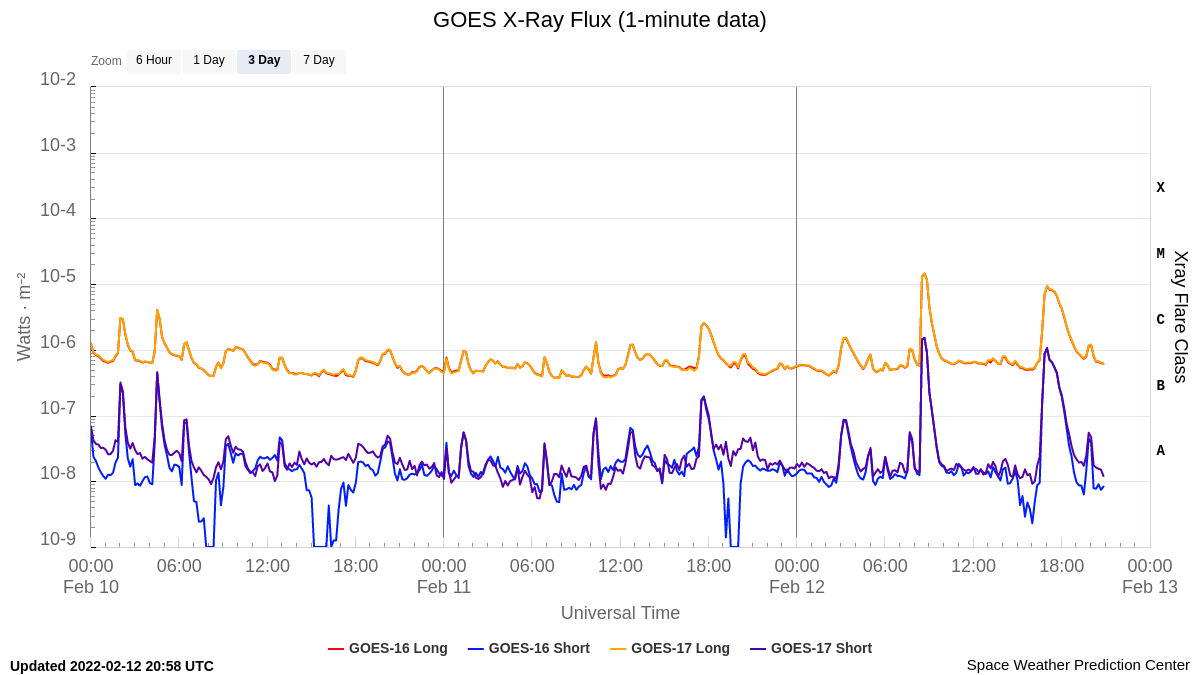 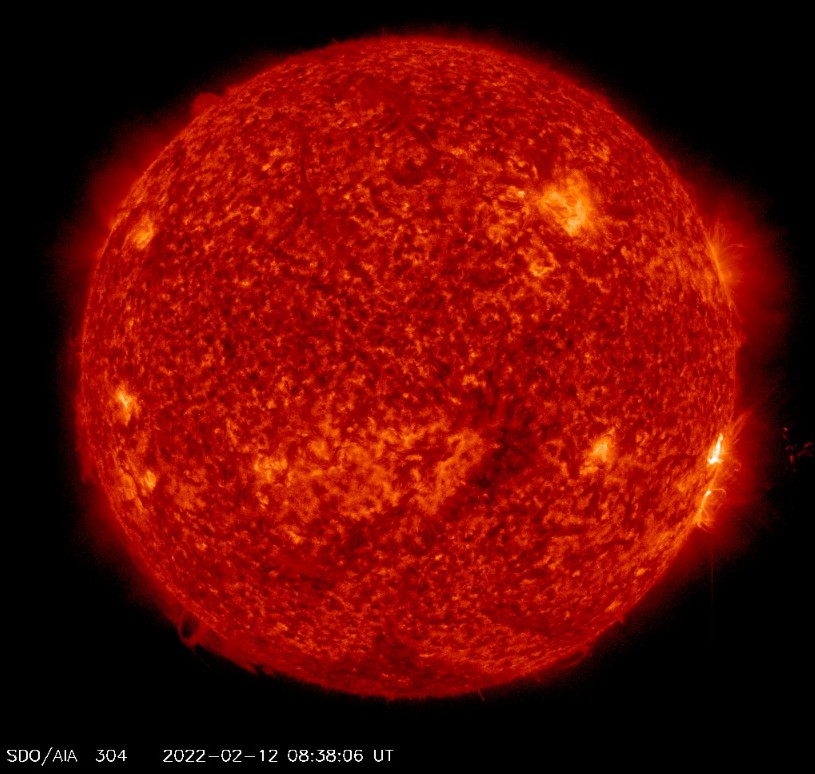 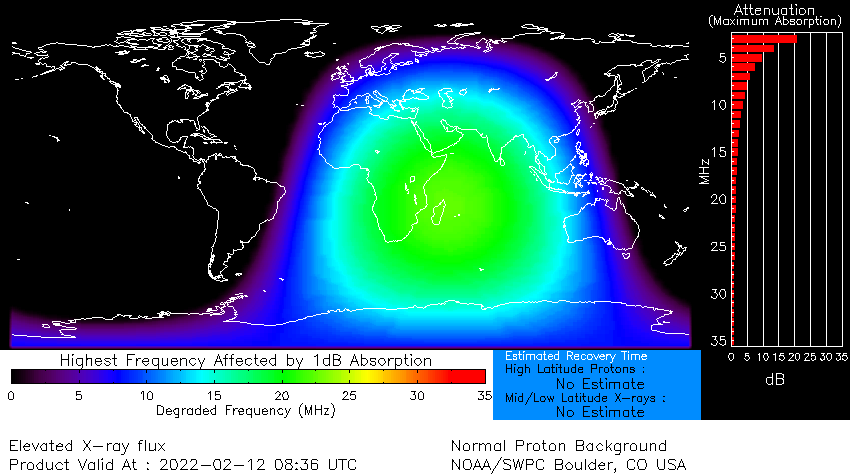 Region 2940 produced multiple low level C-class flares on February 11 and 12 while Regions 2940 and 2944 appeared to be slightly decaying as they approached the west limb.

Region 2941 appeared to have slight growth in its trailing spots and a new spot emergence was observed in Region 2945 as well. The rest of the spotted regions were stable. 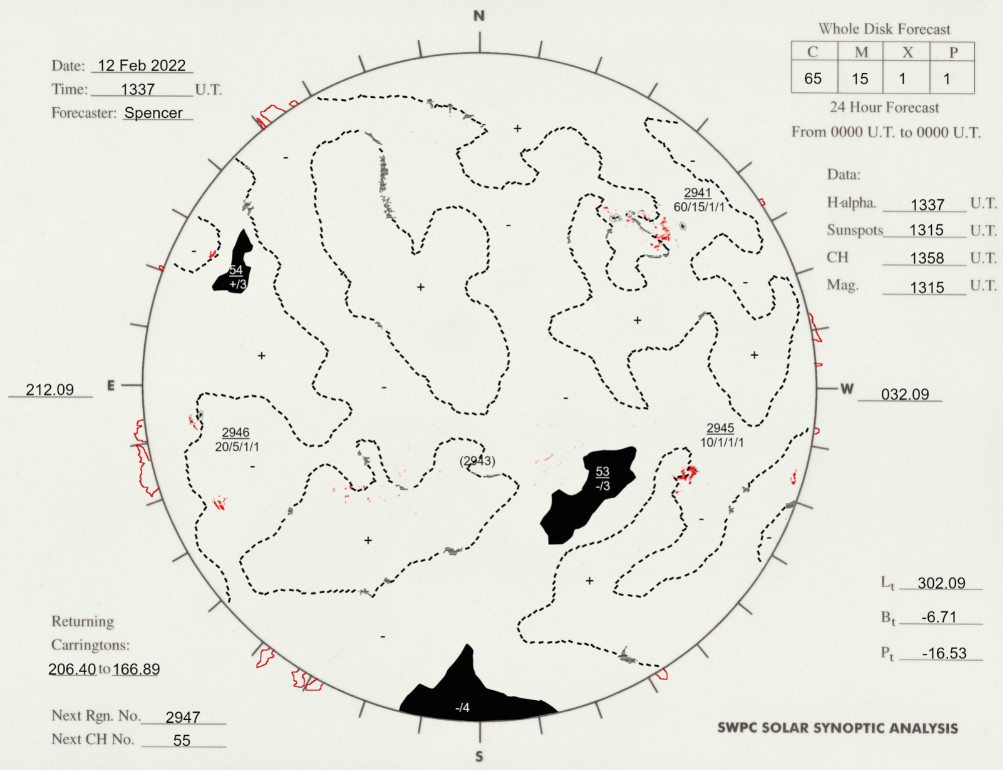 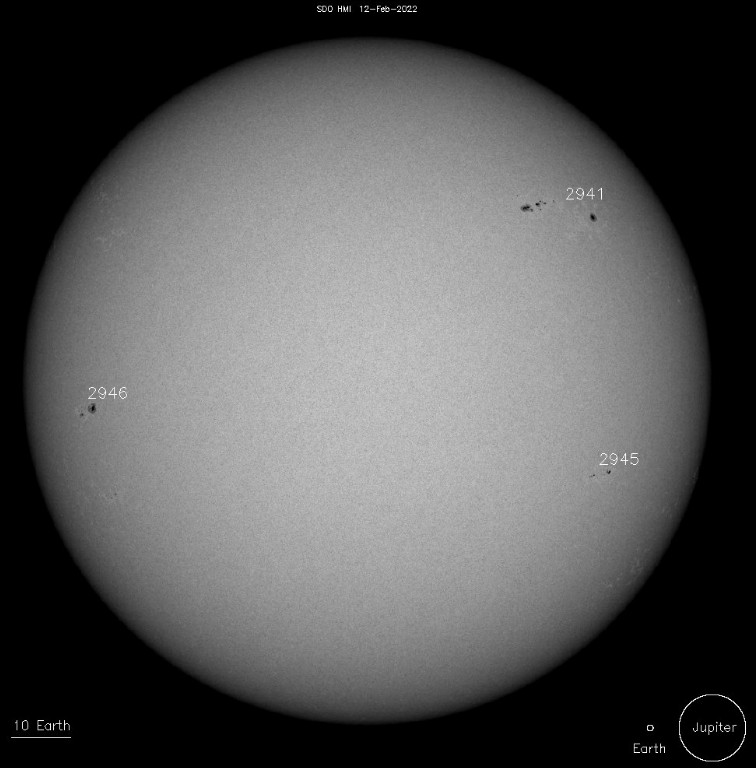 Other activity on the Sun over the past 48 hours included an approximate 9 degree filament eruption centered near S17E24 that lifted off beginning at 11:25 UTC on February 11 as seen in GONG H-alpha imagery.

A possible connected CME was observed off the east limb in coronagraph imagery beginning at 16:24 UTC. Judging by its trajectory observed in SDO/AIA 304 imagery, it is unlikely to have a geoeffective component.

Solar activity is expected to be low with only a slight chance for M-class flares through February 14.

Solar wind parameters appeared to be influenced by the February 6 CME yesterday, before switching to likely influences from a negative polarity CH HSS. Total field increased to a maximum of 21 nT at 17:36 UTC on February 12 before decreasing to around 12 nT. The Bz component reached a maximum southward deflection of -16 nT at 19:24 UTC on February 11. Phi angle was predominantly negative.

Solar wind parameters are expected to be enhanced through February 14 due to influences from a negative polarity CH HSS. 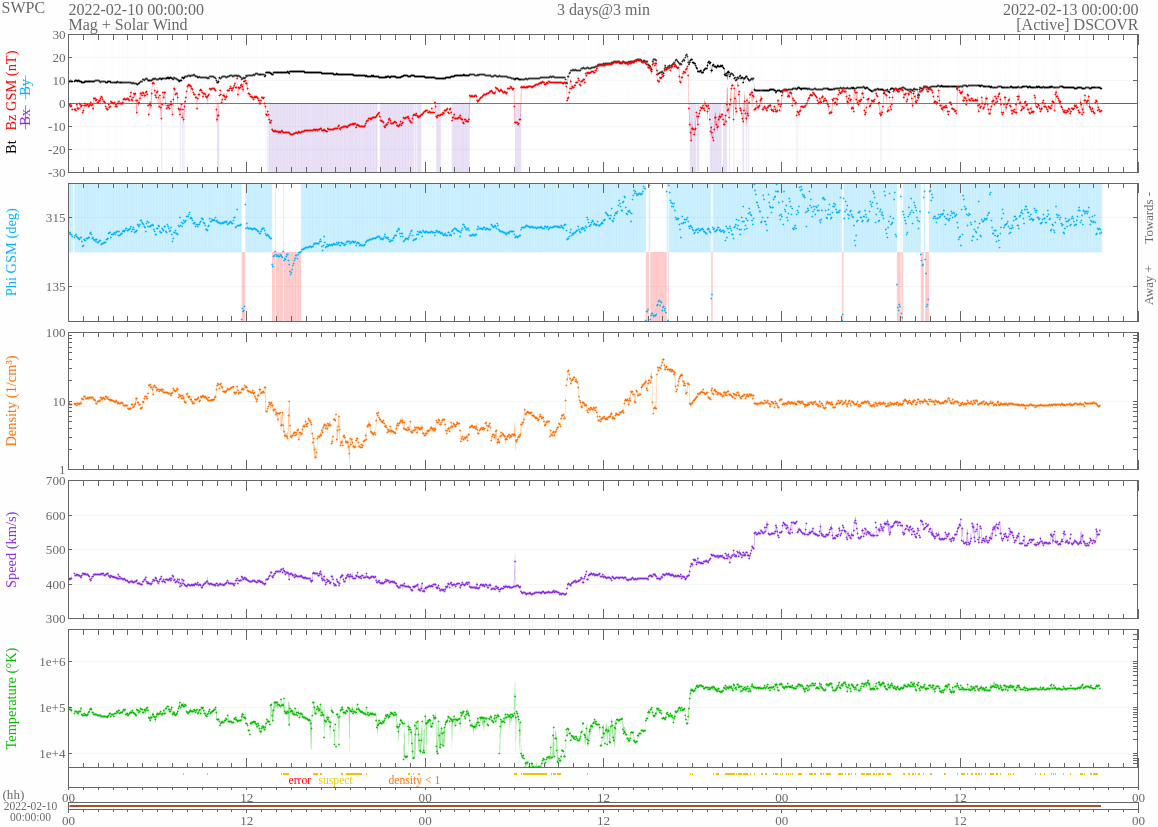 The geomagnetic field was at quiet to G1 – Minor storm levels on February 11 and 12 due to continued transient influence. Quiet to active conditions are expected through February 14 due to negative polarity CH HSS influences.