The earthquake swarm that began just SSW of Keilir in the Reykjanes Peninsula, Iceland on September 27, 2021, has produced more than 8 200 earthquakes by October 6, 2021. The quakes are occurring not far from the ongoing Fagradalsfjall eruption at depths between 5 and 7 km (3.1 to 4.3 miles) below the surface.

14 earthquakes with magnitudes above 3 have been recorded since the start of the swarm, with the largest M4.2 at 15:32 UTC on October 2.

"They have been felt in the Reykjanes peninsula and in the southwestern part of Iceland," IMO said.1

The earthquakes could be a sign that magma is collecting below ground, but they are still far from the surface. 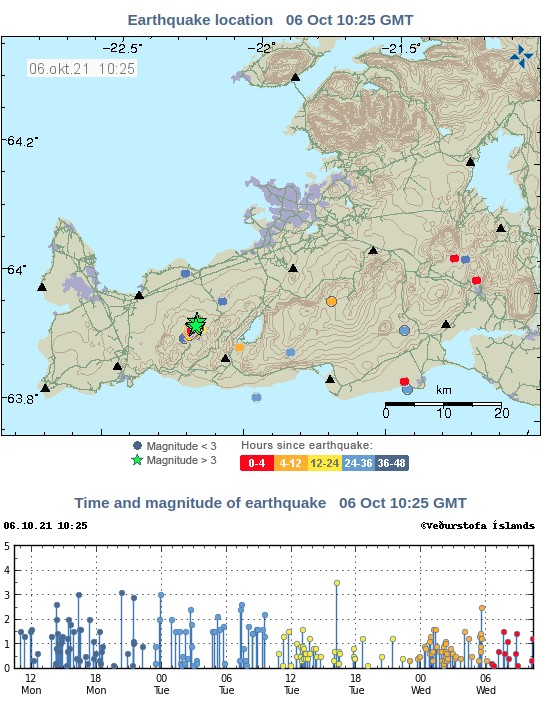 The latest eruption, identified through tephrochronology, took place during the 14th century.2