A Tropical Storm Warning has been issued for a portion of the coast of South Carolina from Edisto Beach northeastward to South Santee River ahead while Danny was still a tropical depression at 15:00 UTC on June 28.

It made landfall just north of Hilton Head on Pritchards Island, South Carolina at 23:30 UTC on June 28 with maximum sustained winds of 65 km/h (40 mph) and a minimum central pressure of 1 010 hPa. 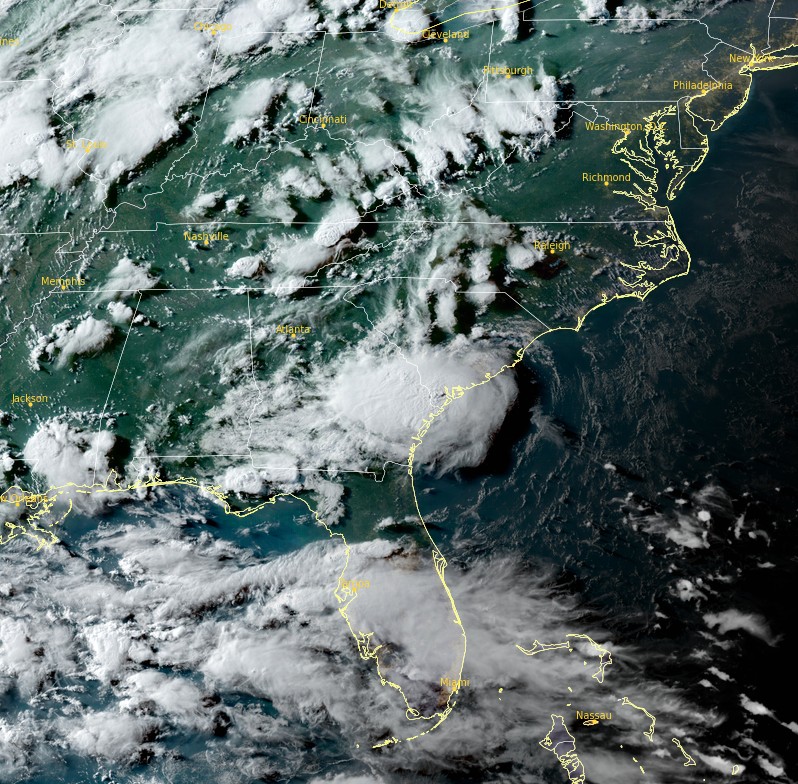 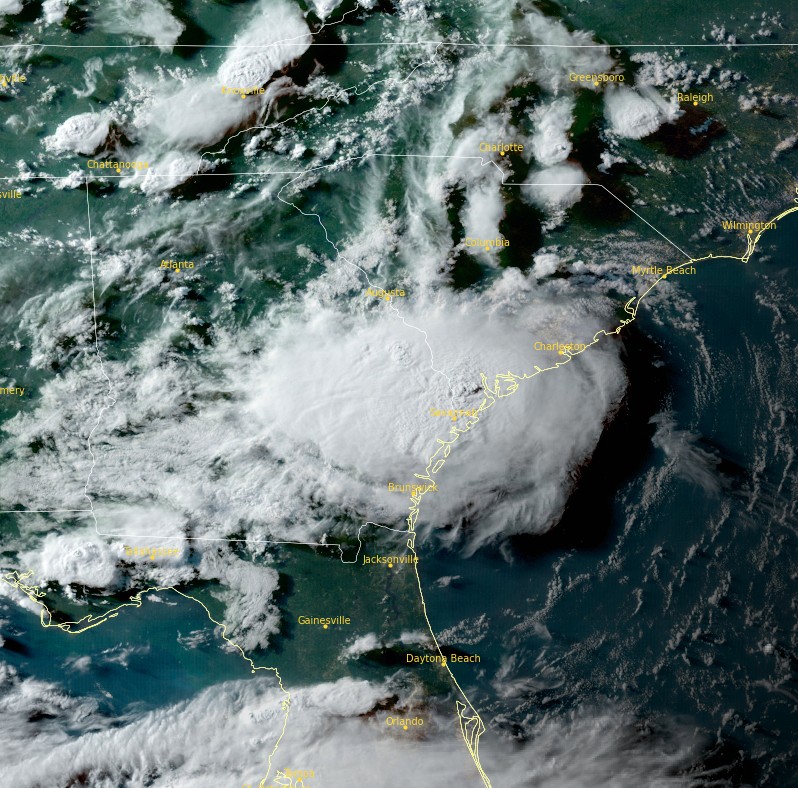 Danny weakened to a tropical depression at 03:00 UTC on June 29 and dissipated inland over Georgia at 09:00 UTC.

It produced rainfall totals of up to 76 mm (3 inches) in parts of South Carolina in a matter of hours, causing minor flash floods in populated areas.

Lightning resulted in damage to some structures, while strong winds downed some trees in Savannah, Georgia.

Danny produced heavy rainfall across parts of Metro Atlanta as it tracked westward.