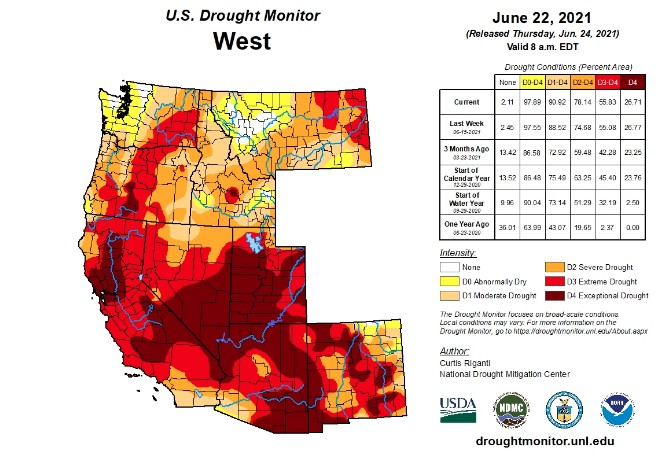 More than 90% of the U.S. West is in drought for the first time in the history of Drought Monitor. The news comes as the region is prepping for an exceptionally dangerous and historic heat wave this weekend. The temperatures are expected to reach unprecedented levels in many areas and remain high for a prolonged period — prepare for it, don't get caught off guard.

A few areas of drought in south-central and southeast New Mexico saw some slight improvement due to effects from several rain and thunderstorm events in the last month.

While wildfires and increasing wildfire danger, water restrictions, and damage to agriculture are very common across the West region, this is the first time since the inception of Drought Monitor in 1999, more than 90% percent of the region is in drought — 97.89%. 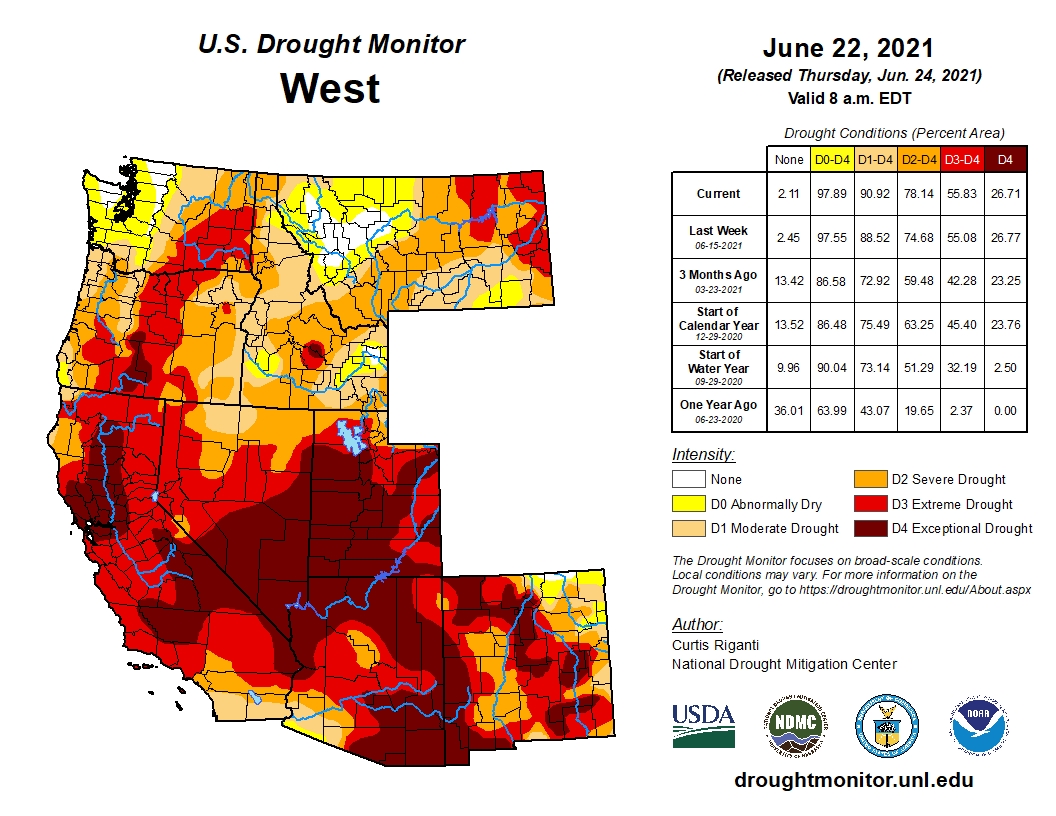 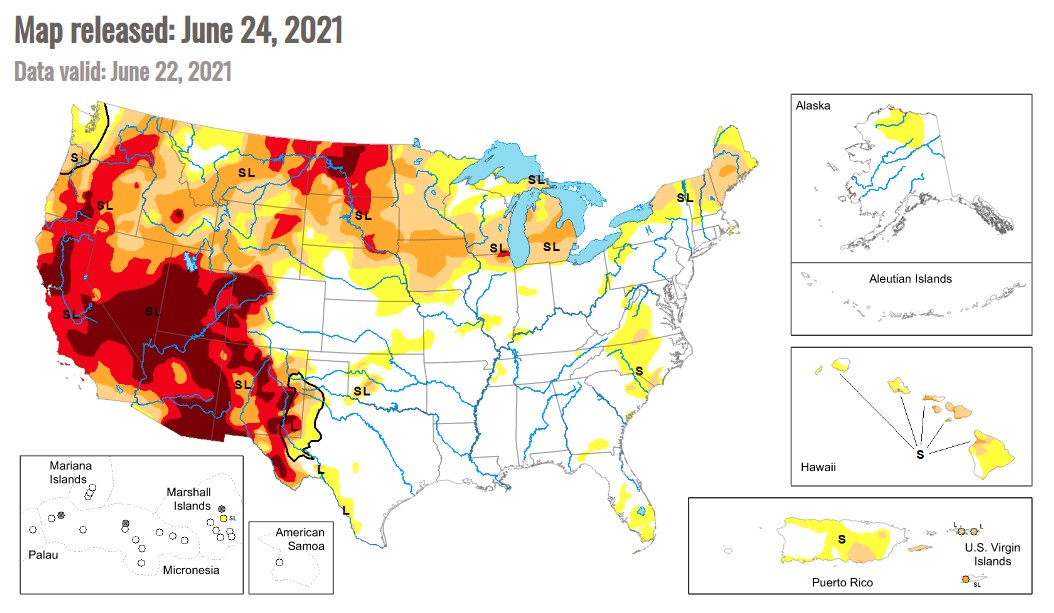 It's also the first time more than 50% of the West is in extreme or exceptional drought, the two worst categories, said Brian Kahn, managing editor of Earther. "What I'm trying to say is this is very, very bad."

The news comes as the region and the entire western Canada pepares for an exceptionally dangerous and historic heat wave this weekend.

"The projected temperatures on Sun-Mon across Pacific Northwest are so extreme that I think folks are having difficulty putting them into context. There remains some uncertainty, but places along the I-5 corridor from Medford to Seattle have the potential to shatter all-time records," wrote climate scientist Daniel Swain.

"This will be an exceptionally dangerous heatwave from a public health perspective, especially since this is a part of the country where structures are not designed to shed heat and where air conditioning is rare. Infrastructure/ power disruption is also possible."