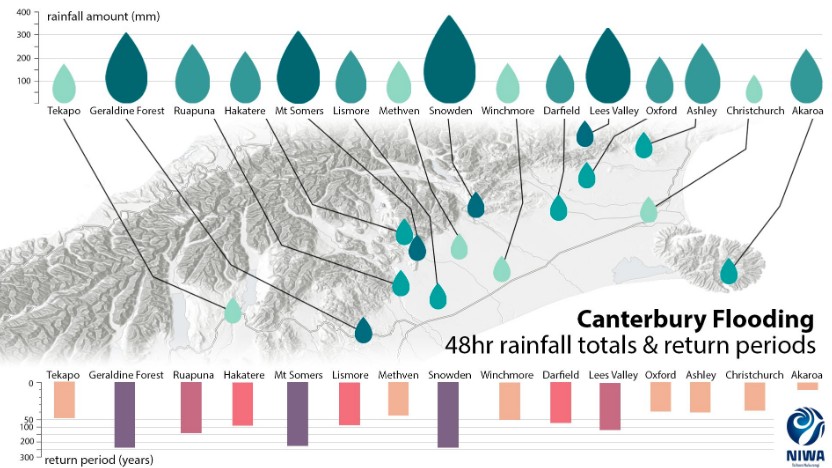 Preliminary analysis by NIWA scientists has shown that the severe weather event in Canterbury, New Zealand, from May 29 to 31, 2021 was so extreme in some inland areas that it could be considered a "one-in-200-year" event.

On May 29, extremely heavy rainfall hit north Canterbury, triggering rapid rise of rivers and widespread flooding. Many properties and roads were flooded, and hundreds of residents were evacuated. The New Zealand MetService has issued a rare Red Warning for Heavy Rain for the Canterbury region prior to the deluge.

On Monday, June 14, NIWA has released the figures after conducting a preliminary analysis of the event.

The data indicates that from May 29 to 31, the 48-hour rainfall totals registered at Mt. Somers, Geraldine, and Snowdon would all be expected on average only once in 200 years. These rain gauges span 100 km (62 miles) southwest to northeast in inland Canterbury. 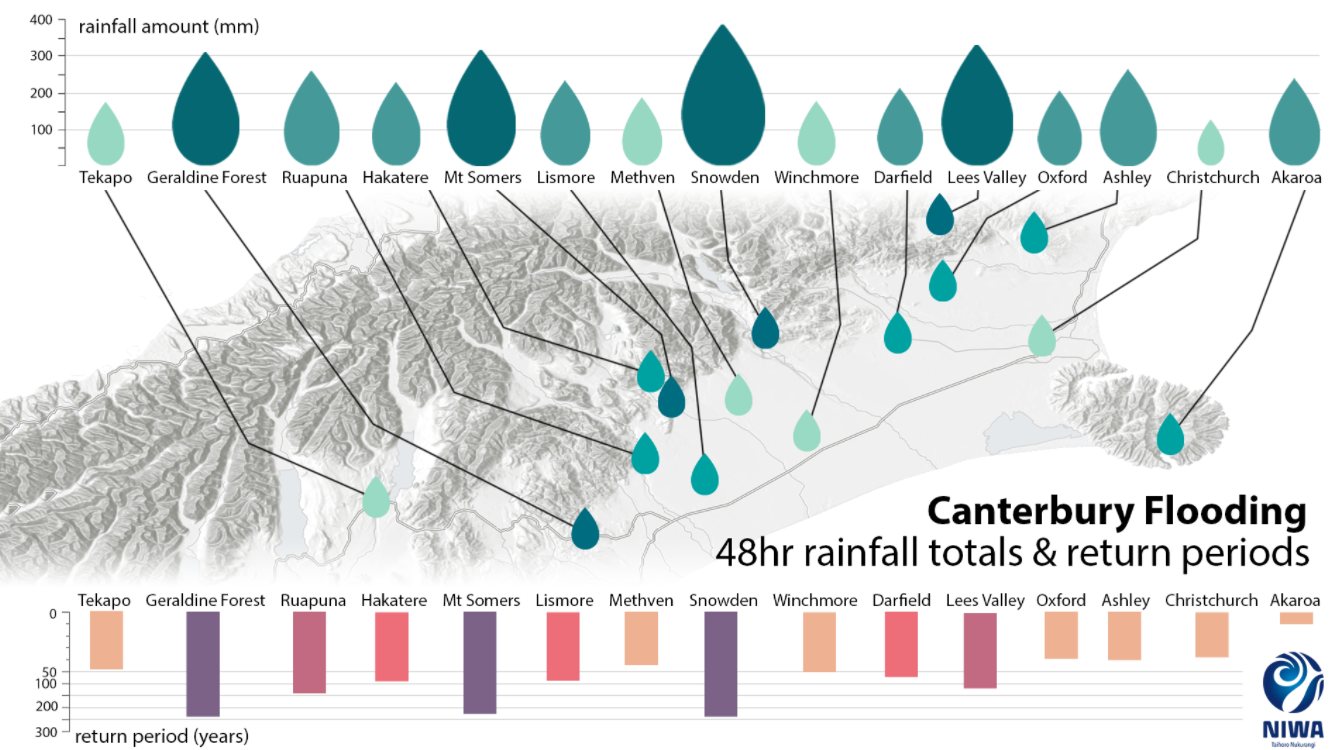 "These results show how widespread this event was, although it is interesting to note that the most extreme rainfall only occurred in a relatively thin strip along the Canterbury foothills,” said Dr. Carey-Smith, a climate scientist.

Nearer to the coast, at places like Darfield, Oxford, Ashley, and Methven, the rainfall event observed was lower and reduces the expected probability of the event happening to about once in 50 years on average.

For Christchurch, that's once every 30 to 40 years and once every 10 years for Akaroa, which registered 250 mm (9.8 inches) of rain in three days. The amount was large but not unusual.