A powerful storm (microburst) with hurricane-force winds struck Ourense in northern Spain on Sunday, June 13, 2021, leaving a trail of destruction. Authorities received hundreds of reports about damaged properties, broken trees, and flooded streets. The storm was described as one of the province's worst in recent years. 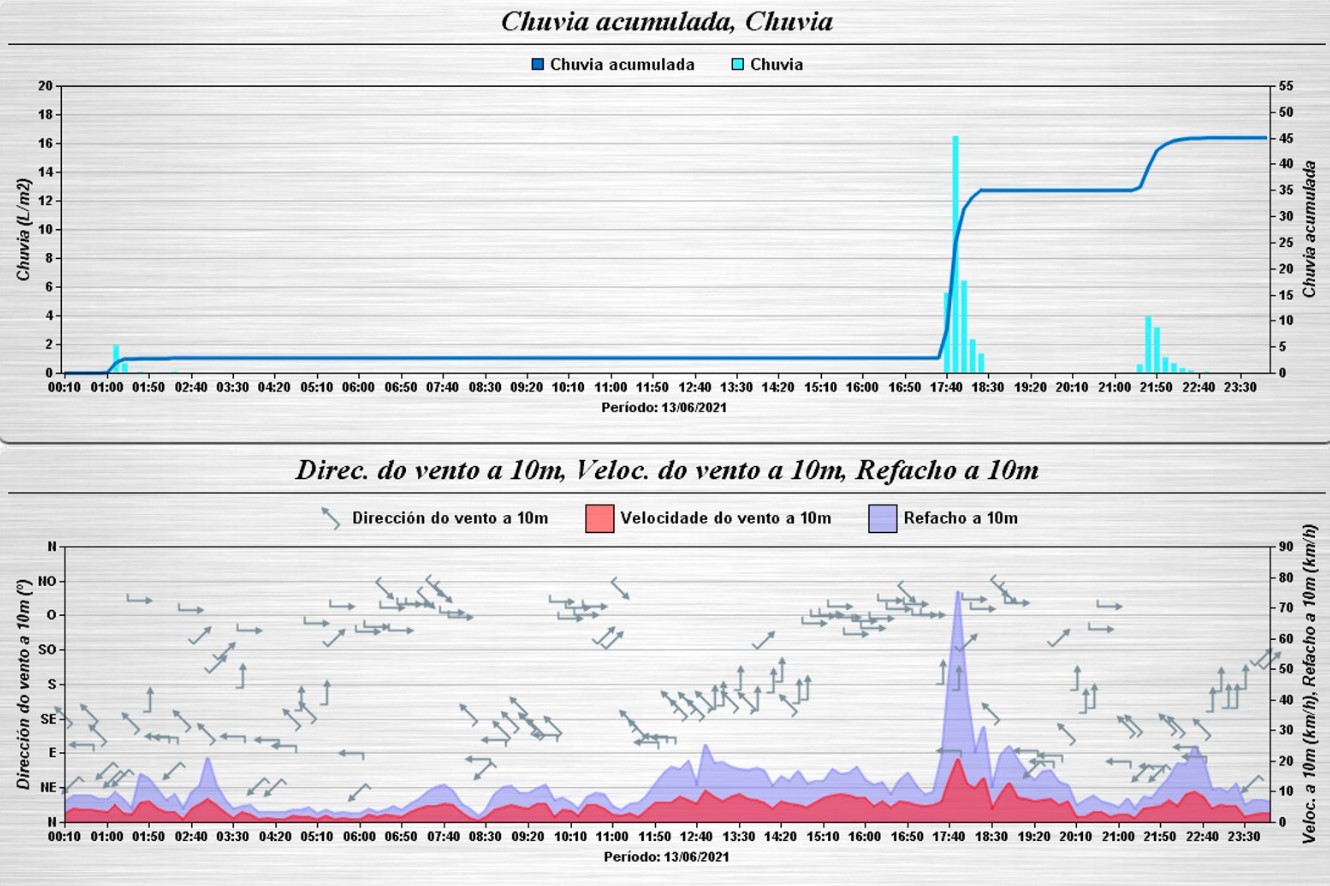 Among the damages reported were roofs of houses, uprooted trees, and flooded streets. Downed trees cut off access to the Roman Bridge and made Buenos Aires Avenue impassable.

Winds destroyed part of the Os Remedios Municipal Pavilion, which was just remodeled in January.

In the Puente neighborhood, a balcony of a home collapsed, prompting the intervention of firefighters.

Many incidents also occurred during the onslaught of the storm. Flooded streets paralyzed traffic and caused retentions in various parts of the city. A vehicle also overturned on the N-525.

On Monday, June 14, Ourense Mayor Telmo Ucha said there will be an assessment of the damage caused by the storm. Teams have been deployed to clean up and remove debris.

Ucha noted that it will take time for the area to return to normal after one of the worst storms in recent years.