A massive landslide occurred in Ancash, Peru, on Wednesday, April 7, 2021, causing serious damage to national highway PE-14 and isolating more than 300 residents in three communities. According to Dr. Dave Petley of The Landslide Blog, there is an existing large failure at the site, with very clear tension cracks above the crest of the landslide.

The landslide damaged more than 1 km (0.6 miles) stretch of the PE-14 national highway in Huari. As a result, more than 300 residents of the communities of Culluchaca, Yunguilla, and San Jorge in the Pronto District have been isolated.

According to the Ancash region's Emergency Operations Center (COER), the slide caused huge cracks to open along the road. The destruction also affected some residents in the cities of Anra, Uco, Huacchis, and Rapayan.

Authorities advised people to take the alternate road that links Palca and the Huacachi district to go to Huari.

Ponto Mayor Miguel Angel Jara reported that six families were evacuated from the area. He added that an emergency is being evaluated since a wide stretch of the road has been destroyed.

In Dr. Petley's analysis, it appears that there has been an existing large failure at the site. "Note also the very clear tension cracks located above the existing crest of the landslide.  I suspect that a large block delineated by these cracks has failed."

As shown in satellite imagery, he further explained that there are two arrays of tension cracks. The first set, marked with A, is about 50 m (164 feet) back from the landslide crown, suggesting a very large instability. "Perhaps even more interesting is the set of features further across the slope," he wrote. 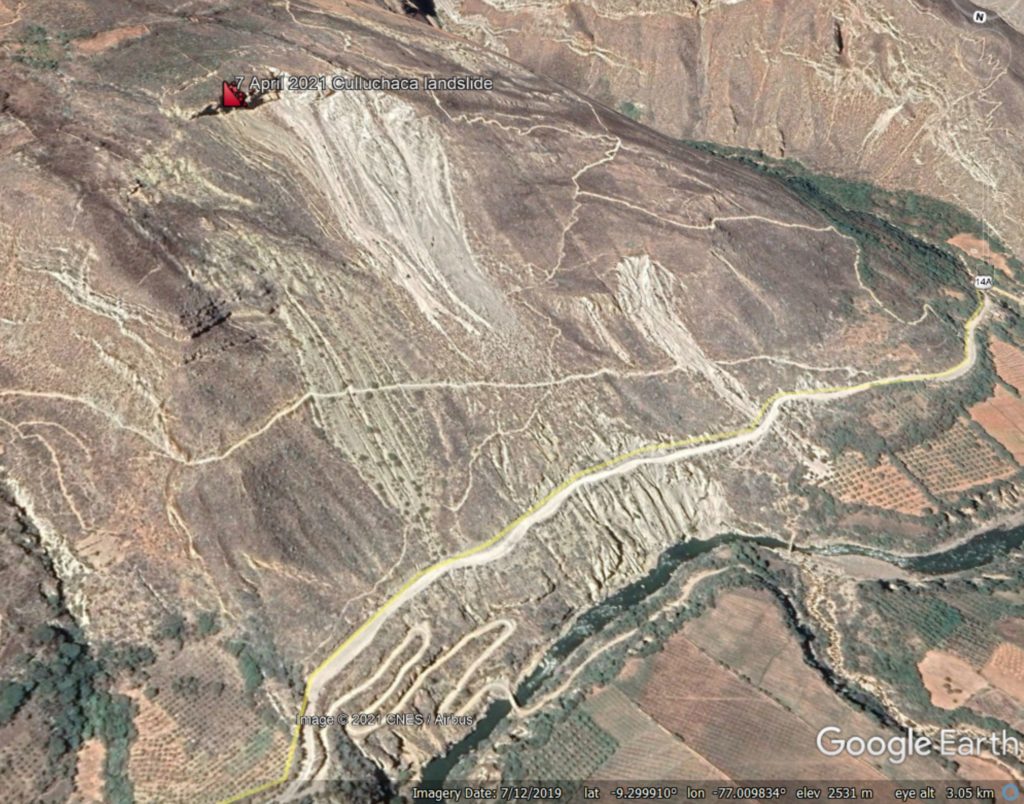 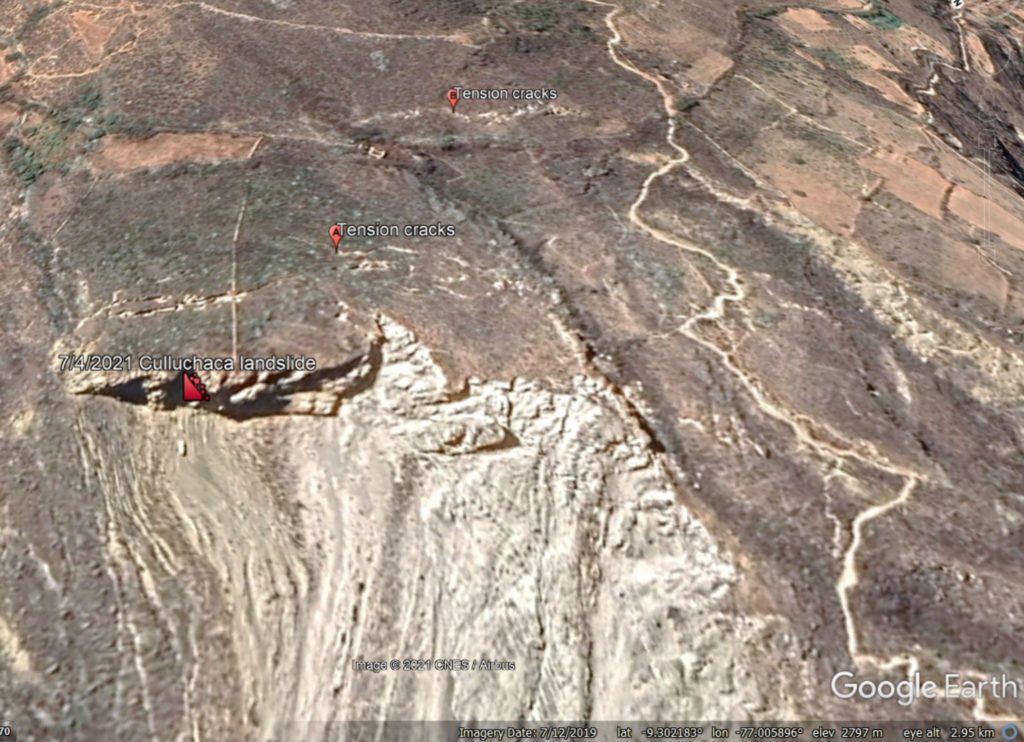 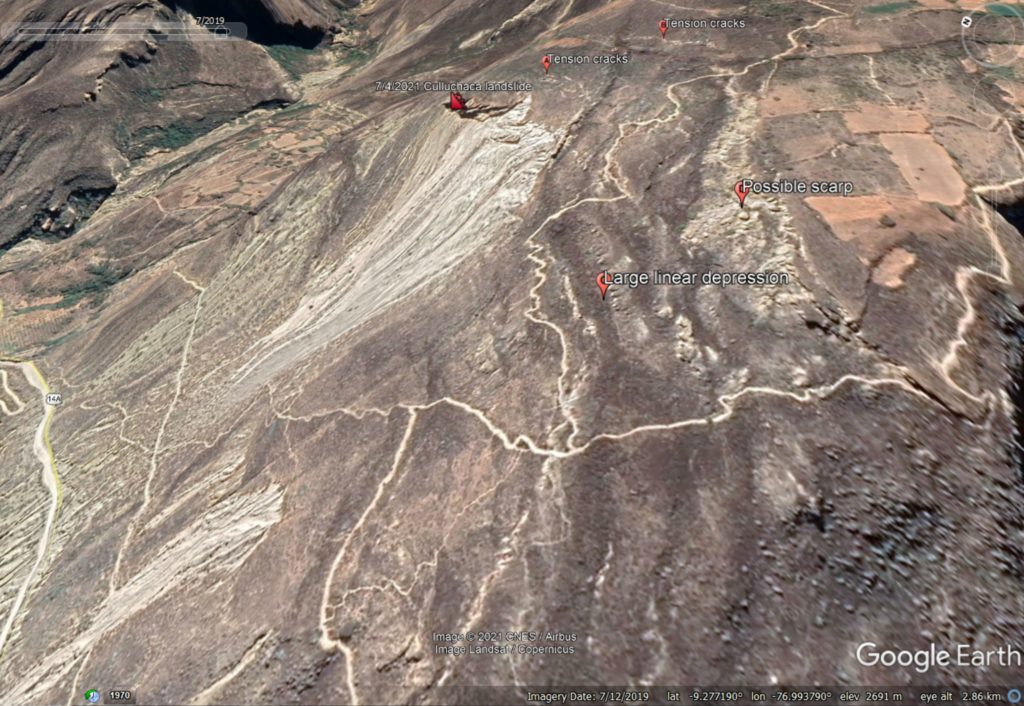 "Running across the slope parallel to the crest is an array of linear depressions, some of which are large and extensive.  Upslope from here is a ridge with extensive bouldery deposits, which is probably a scarp."

Dr. Petley noted that the most probable explanation behind the features is that the area is a site of a deep-seated gravitational deformation (DSGD)– a gravity-induced process impacting huge portions of slopes evolving over long periods of time. It may displace rock volumes of up to hundreds of millions of cubic meters, with up to a hundred meters thick.

DSGDs are very large and slow creeping failures in rock masses that are usually observed in high mountain areas. "Thus, the failure of the Culluchaca landslide on 7 April 2021 is probably only a small part of the unstable mass on this slope."

"However, that does not necessarily mean that further collapses are likely in the short term– DSGDs creep for hundreds and even thousands of years," he explained, adding that another possible explanation is an active fault, which requires further investigation.

Landslides in Huari, #Peru
Caused by an active geological fault, destroying more than one kilometre of the national road PE-14 A / Km103+400, Culluchaca sector in Ancash region. There is a natural damming of the Puchca river posing a risk.
Location: https://t.co/2Y2tffMBCd pic.twitter.com/xVjpznZR77