The Icelandic Met Office (IMO) has detected around 15 000 earthquakes in Reykjanes Peninsula since an intense earthquake swarm started on February 24, 2021.

Most of the activity is confined to the vicinity of Keilir and Trölladyngja, IMO said.

The Scientific Council for Civil Protection met at a teleconference on March 1. The meeting was attended by representatives from the Icelandic Meteorological Office, the University of Iceland, the Environment Agency, Isavia-ANS, HS-Orka, and ÍSOR.

The council reviewed satellite images (InSAR) and concluded that the most likely explanation is that magma is forming under the area where the greatest seismic activity has taken place in recent days. 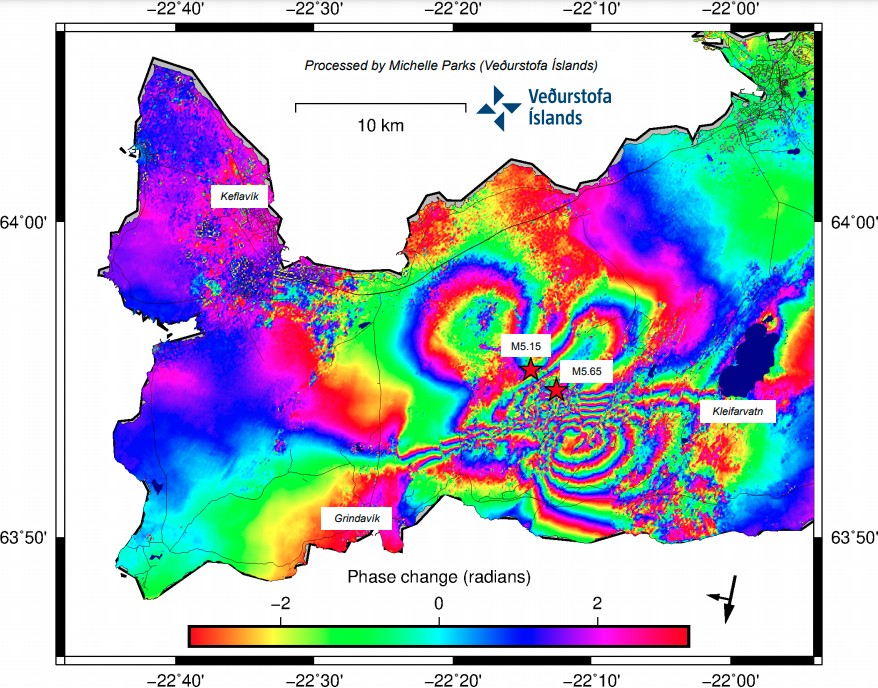 In light of these new data, the council made several possible scenarios involving magma intrusion under Fagradalsfjall:

It is difficult to predict the exact development and whether one scenario is more likely than another, IMO said.

New data is expected later this week that may shed more light.