A near-stationary tropical low positioned off the north Queensland coast, Australia is expected to intensify into a tropical cyclone on Tuesday morning (LT), March 2, 2021, and be named Niran.

"The cyclone is expected to remain fairly slow-moving at first, and although it's not forecast to make landfall, it is expected to bring hazardous conditions to coastal areas," BOM meteorologists said. 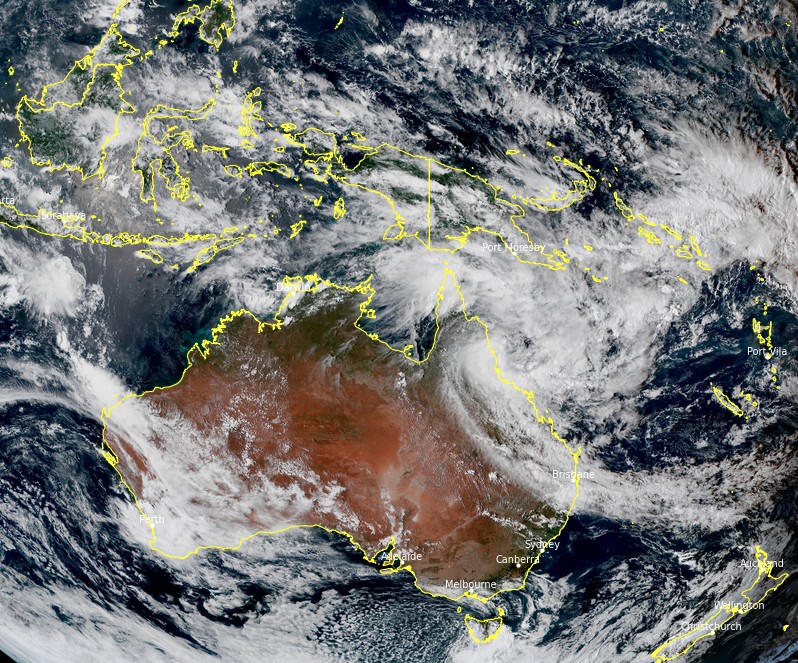 Heavy rainfall, flash flooding, damaging winds, and abnormally high tides are all a risk and a cyclone Watch is current from Cape Flattery to Lucinda.

"It's important for people within the affected region to start activating their cyclone plans now," BOM said.

The amount of rainfall and potential flooding is highly dependent to the movement and intensity of the system, however, widespread daily totals of 50 – 100 mm (2 – 4 inches) are expected right along the northern Queensland coast, with isolated daily totals above 200 mm (7.9 inches).

Abnormally high tides and large waves may cause flooding near the foreshore. People likely to be affected should take measures to protect their property as much as possible and be prepared to help their neighbors. 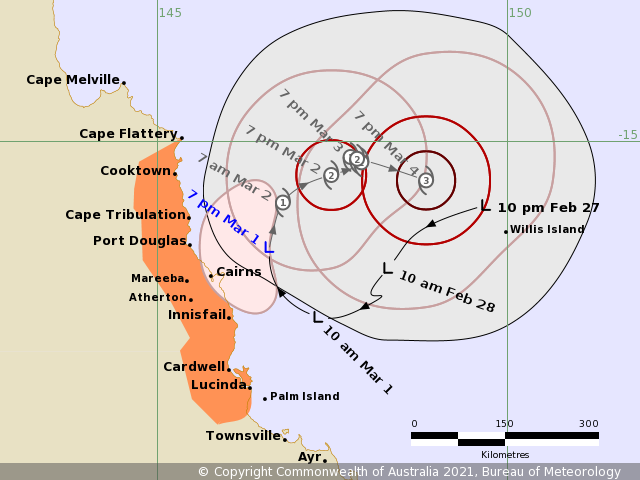 The low is expected to gradually intensify to tropical cyclone strength tonight or into early Tuesday, March 2.

The coastal crossing is not expected, however, the system is likely to continue to cause gales about the coastal and island communities tonight and on Tuesday.