The Atlantic Meridional Overturning Circulation (AMOC), one of the Earth’s major ocean circulation systems that underpins the Gulf Stream, is now at the weakest it has been in more than 1 000 years, a new study shows. Models suggest that this could trigger weather disruptions around the world.

The Gulf Stream System works like a giant conveyor belt, explained co-author Stefan Rahmstorf in a press release, and it carries warm surface water from the equator up north, sending cold and low-salinity deep water back down south. It moves nearly 20 million cubic m of water per second (706 million cubic feet per second), which is almost a hundred times the Amazon flow.

Since the mid 20th century, the speed of the conveyer belt has decreased by 15 percent.  The researchers used proxy data from ocean sediments and ice cores to calculate historic Gulf Stream flow rates.

"For the first time, we have combined a range of previous studies and found they provide a consistent picture of the AMOC evolution over the past 1 600 years," said Rahmstorf.

"The study results suggest that it has been relatively stable until the late 19th century. With the end of the little ice age in about 1850, the ocean currents began to decline, with a second, more drastic decline following since the mid-20th century."

While any single proxy data point may be prone to uncertainty, researchers were able to generate a more reliable portrait by compiling multiple proxy datasets across a huge timescale.

"Assuming that the processes measured in proxy records reflect changes in AMOC, they provide a consistent picture, despite the different locations and time scales represented in the data," co-author Niamh Cahill stated. "The AMOC has weakened unprecedentedly in over 1 000 years." 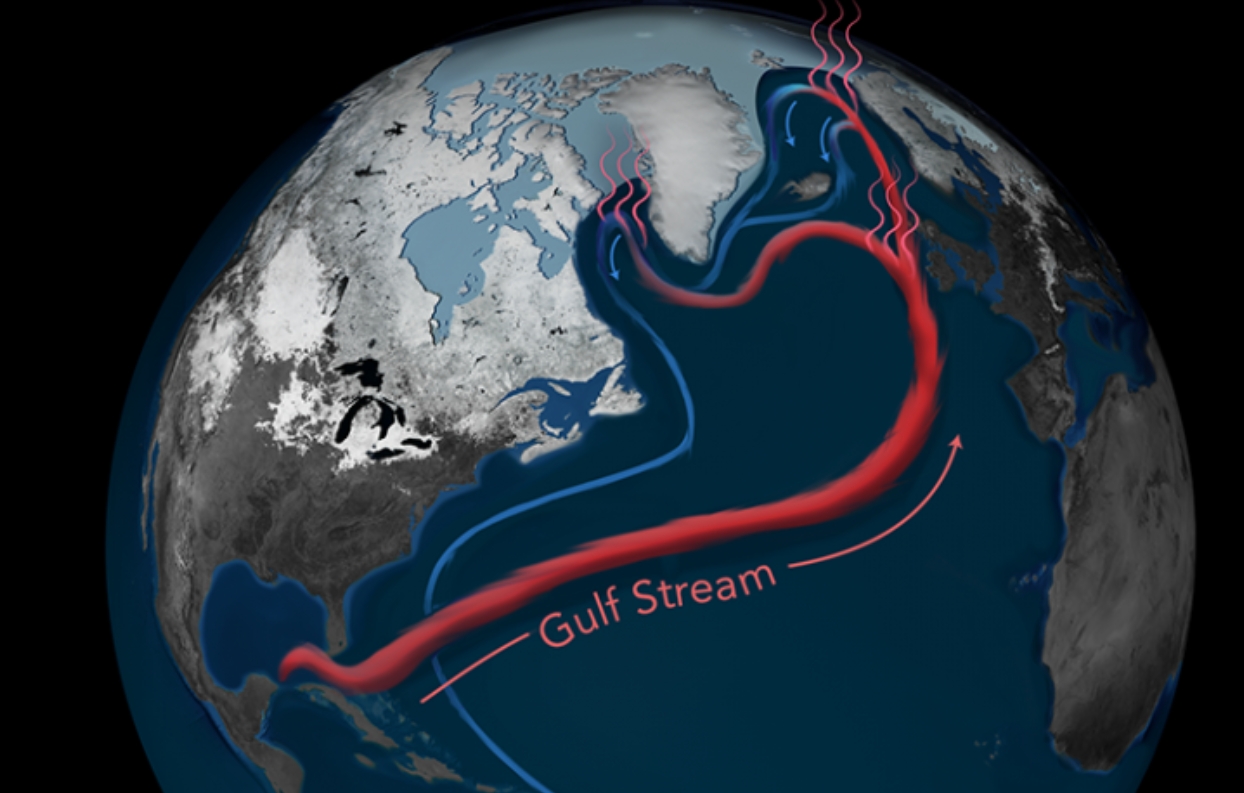 An abrupt slowdown of the AMOC could lead to weather disruptions worldwide, including a sudden sea-level increase, changes in the position of arid climate zones, and major rainfall, some models indicate, while its impact may be seen in extreme heatwaves in North America and severe winter storms over Europe.

The researchers suggest that the slowdown is already changing a variety of climate patterns. "The northward surface flow of the AMOC leads to a deflection of water masses to the right, away from the US east coast," said co-author Levke Caesar.

"This is due to Earth's rotation that diverts moving objects such as currents to the right in the northern hemisphere and to the left in the southern hemisphere. As the current slows down, this effect weakens and more water can pile up at the U.S. east coast, leading to an enhanced sea-level rise."

Another recent study, led by University College London (UCL) and Woods Hole Oceanographic Institution (WHOI) determined that AMOC has weakened over the past 150 years by approximately 15 to 20 percent.

The Atlantic Meridional Overturning Circulation (AMOC)—one of Earth’s major ocean circulation systems—redistributes heat on our planet and has a major impact on climate. Here, we compare a variety of published proxy records to reconstruct the evolution of the AMOC since about AD 400. A fairly consistent picture of the AMOC emerges: after a long and relatively stable period, there was an initial weakening starting in the nineteenth century, followed by a second, more rapid, decline in the mid-twentieth century, leading to the weakest state of the AMOC occurring in recent decades.