Another significant eruption started at Etna's Southeast crater just before 22:30 UTC on February 17, 2021, just 32 hours after the spectacular eruptive episode on February 16.

A new paroxysm took place in the early hours of February 18, INGV reports. Like most paroxysms at Etna, it lasted only a few tens of minutes, from 01:00 to 01:45 UTC.

This event was also characterized by high lava fountains, possibly reaching heights between 600 and 700 m (1 970 – 2 300 feet), and lava flows heading toward Valle del Bove and to the southwest.

Ash and lapilli were reported southeast of the volcano, in areas such as Zafferana, Fleri, and Acireale. 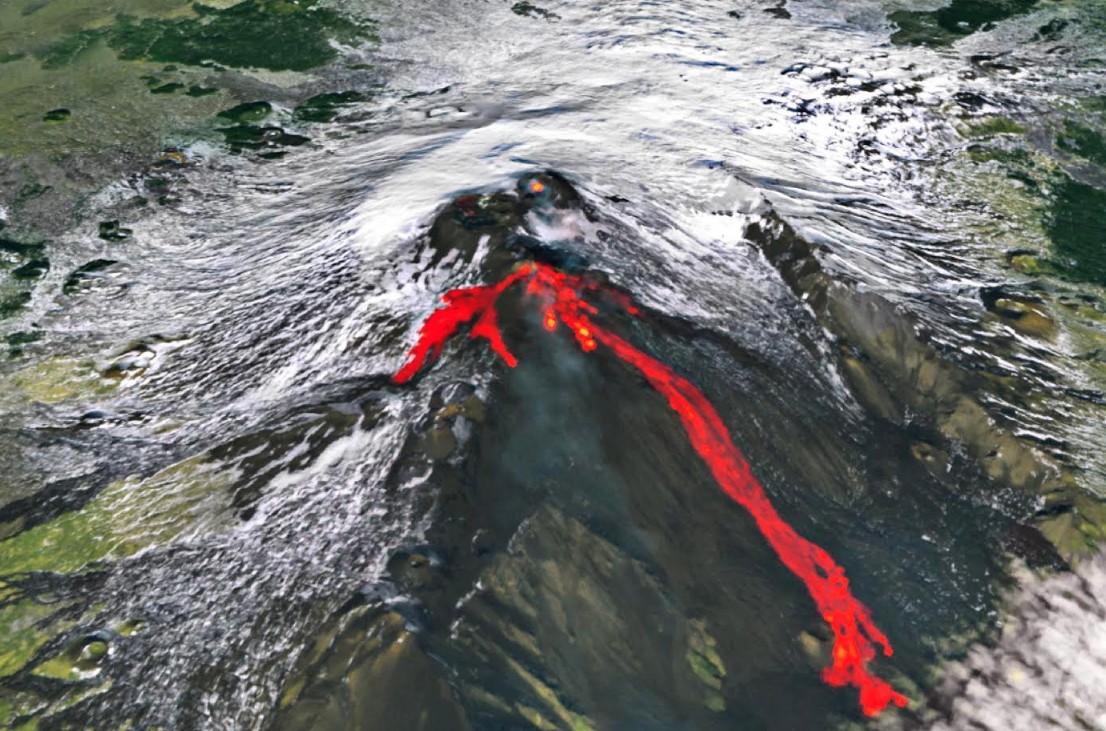 The activity further intensified at 16:10 UTC on Tuesday with lava fountaining and strong ash emissions reaching a height of about 10 km (33 000 feet) a.s.l. The Aviation Color Code was raised to Red and lowered back to Orange at 05:31 UTC on February 17.

Lava fountaining ended at around 17:00 UTC but lava emission along the Valle del Bove continued and the fallout of small ash and lapilli was reported up to Catania airport.

A sudden and obvious decrease of average volcanic tremor amplitude and infrasonic activity was observed starting at 16:50 UTC on February 16.

The activity forced the temporary suspension of all operations at the Catania international airport.