Tropical Storm "Eloise" formed on January 15, 2021, as the 5th named storm of the 2020/21 Southwest Indian Ocean cyclone season. The cyclone is moving toward Madagascar. A landfall at tropical cyclone intensity on January 19 remains a real possibility, although less likely based on the latest guidance. Eloise is expected to reintensify after it exits into the Mozambique Channel and strike Mozambique on January 23. 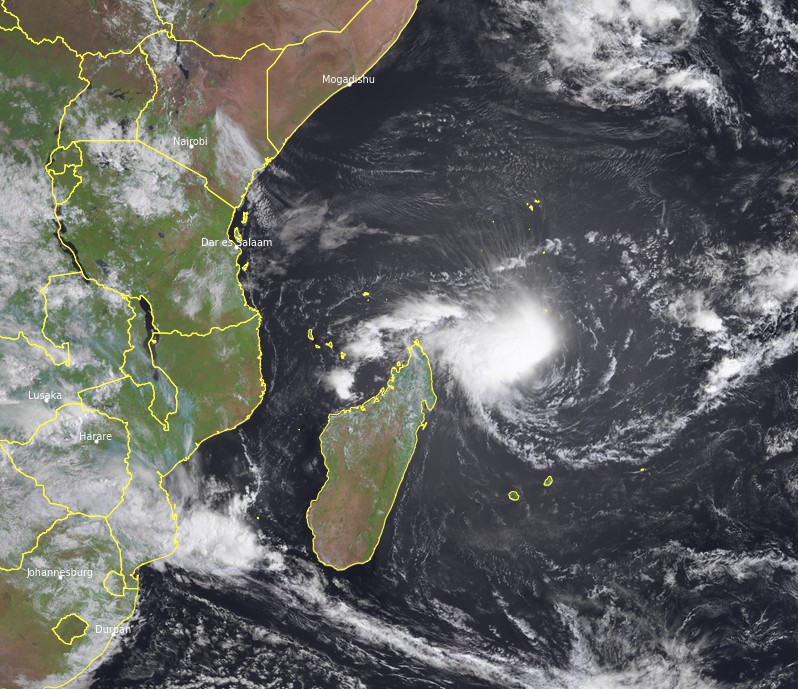 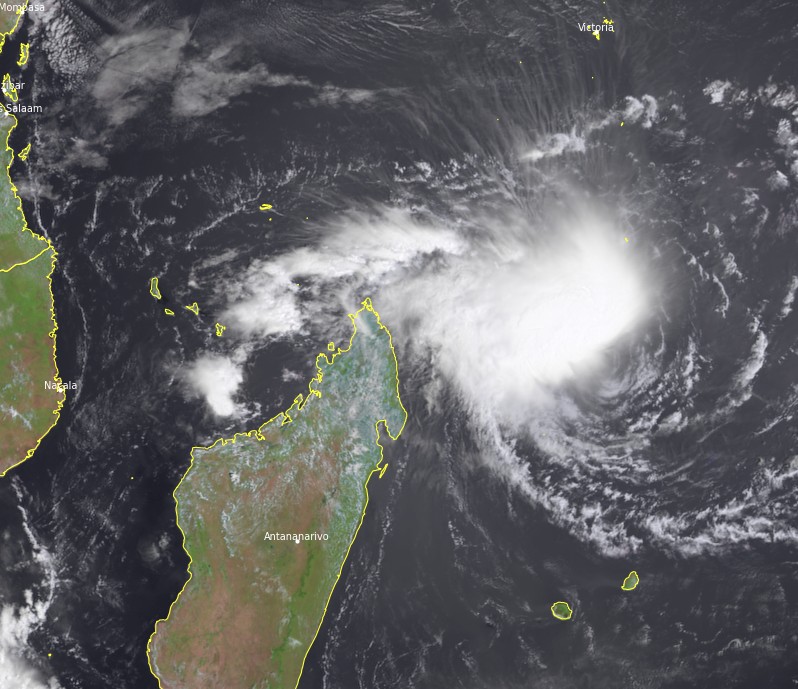 The thunderstorm activity was vigorous overnight with very cold cloud tops and bursts of lightning, RSMC La Reunion noted in their latest bulletin.

Over the next few days, the environmental conditions remain ambivalent. The easterly shear remains omnipresent with mid-troposphere dry air located in the eastern edge of the circulation, while the upper divergence remains good in the northwestern quadrant. In this context, a slow intensification of the system is expected in agreement with most numerical guidance.

From Monday evening, January 18 (LT), the shear constraint could ease off, first in the upper levels then at the mid-levels. Consequently, the development of Eloise could accelerate before landfall as suggested by some models. The degree of confidence in this intensity prediction is low, however.

Late Thursday, Eloise should come back overseas in the Mozambique Channel. A new intensification phase is awaited within conducive environmental conditions.

The system is expected to keep on heading west-south-westward on the north-western side of the low/mid-level subtropical ridge.

On Tuesday, January 19, the passage of a trough in the south will temporarily weaken the ridge and could drive a slight southwestward inflection of the track.

However, the ridge strengthens back up as soon as Wednesday which should prevent Eloise from significantly diving southwards.

There is a risk of strong winds, floods, and storm surge over some coastal areas of eastern Madagascar mainly between Sambava to the north and Tamatave to the south.

A landfall at tropical cyclone intensity remains a real possibility, although less likely based on the latest guidance, the center said. 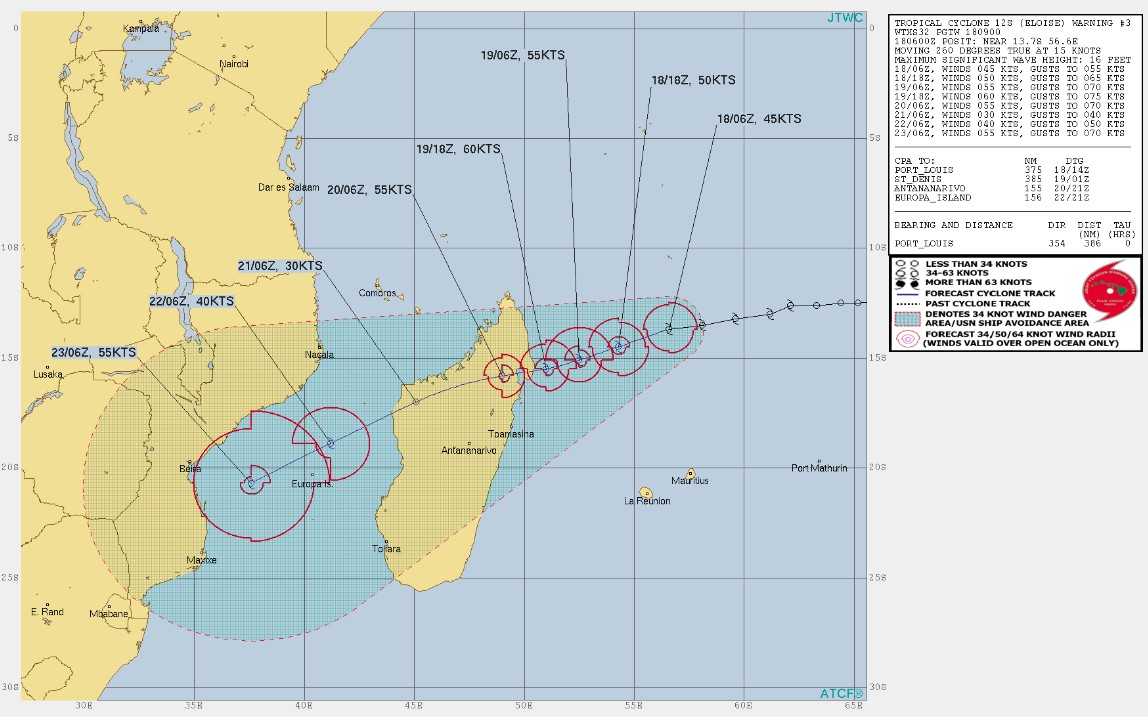 – Heavy rains: this is the main danger associated with this system.

Weather conditions are expected to deteriorate along the east coast of Madagascar late Monday night or Tuesday morning (LT).

Those heavy rains will then spread on Wednesday and Thursday inland along Eloise's track and over a large part of the north-western regions of Madagascar, where the passage of Eloise is expected to enhance the monsoon rains.

– Strong winds: there is an increasing risk of strong winds with gusts up to 100 km/h (62 mph) that can cause damage to life and properties.

These strong winds could start to reach the coast Tuesday afternoon or Tuesday night. Stronger winds are possible near the landfall area depending on the final system intensity at that time.

– Wave and storm surge: the swell associated with this system, very moderate at least initially at 2.50 – 3 m (8 – 10 feet), will start to affect a portion of coastal regions later tonight or tomorrow.

Based on the current intensity forecast and the associated uncertainties, the most likely scenario, for the time being, is based on a storm surge of less than 1 m (3.3 feet) along the potential landfall area.