A powerful Nor'easter, the first of the winter season, is forecast to roll-up the Northeastern Seaboard and impact the region with a number of hazards this weekend, December 5 and 6, 2020. Very heavy wet snow and high gusty winds will affect a good portion of New England and rain will lash coastal areas.

After a wet morning along the Mid-Atlantic and Northeast coast where over 25 mm (1 inch) of rainfall is anticipated, periods of snow will transpire over interior New England and fall heavily at times.

The combination of heavy snowfall rates and strengthening winds will lead to treacherous to even impossible travel conditions, whiteout visibilities, and the potential for tree damage and power outages.

Winter Storm Warnings have been issued from central Massachusetts to northern Maine where over 30 cm (1 foot) of snow is expected. 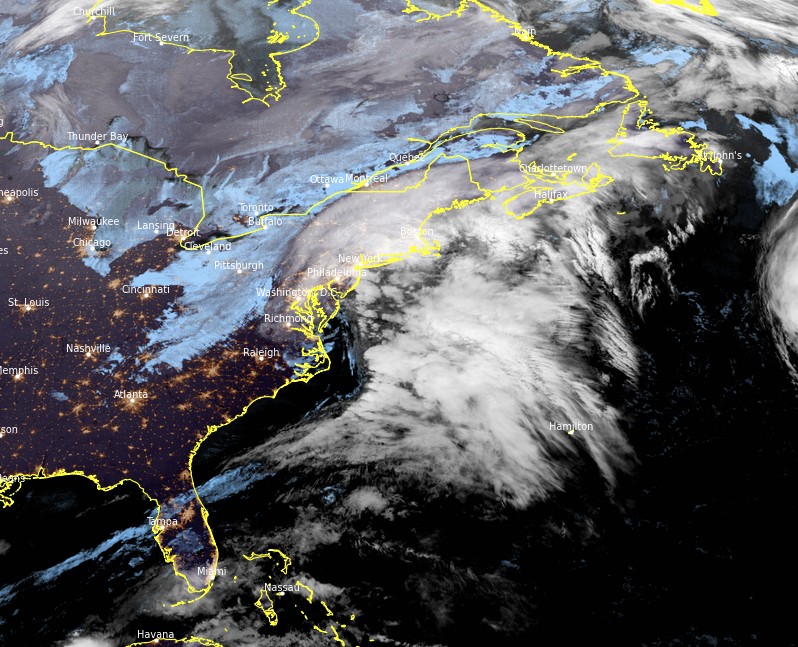 As the storm reaches the Gulf of Maine, temperatures on the backside of the system will plummet and allow for rain to change over to snow along the New England coast.

When that changeover occurs and exactly where the storm's cold conveyor belt of heavy snow sets up determines if coastal areas pickup significant snowfall the second half of the day Saturday and into the evening hours.

In addition to the rain and snow, strong winds will be felt along the New England coast where high surf, coastal flooding, and beach erosion are possible.

Elsewhere, wintry weather is also on tap for parts of West Texas where up to 100 mm (4 inches) of snow is possible. Slick spots are possible in these areas Saturday morning and into the early afternoon hours.

Most of the western U.S. remains under the influence of a large dome of high pressure, keeping relatively tranquil weather in place throughout the Intermountain West and the Plains.

Farther north, a weakening frontal boundary ushers in a round of showers to the Pacific Northwest Saturday evening and into early Sunday morning. High pressure builds back in overhead by the afternoon, leading to a drier second half of Sunday.

Lastly, a new wave of low pressure developing in the Gulf of Mexico heads for Florida on Sunday with scattered showers and storms passing over the Sunshine State Sunday night into Monday morning.