Subtropical Storm "Theta" formed over the open waters of the Northeast Atlantic Ocean on November 10, 2020, as the record-breaking 29th named storm of the 2020 Atlantic hurricane season. The previous seasonal record for Atlantic named storms was 28 set in 2005.

The 2020 season now ranks among the top 5 seasons for named storm days, hurricanes and major hurricanes. "It remains somewhat above-average for other metrics," Klotzbach added. 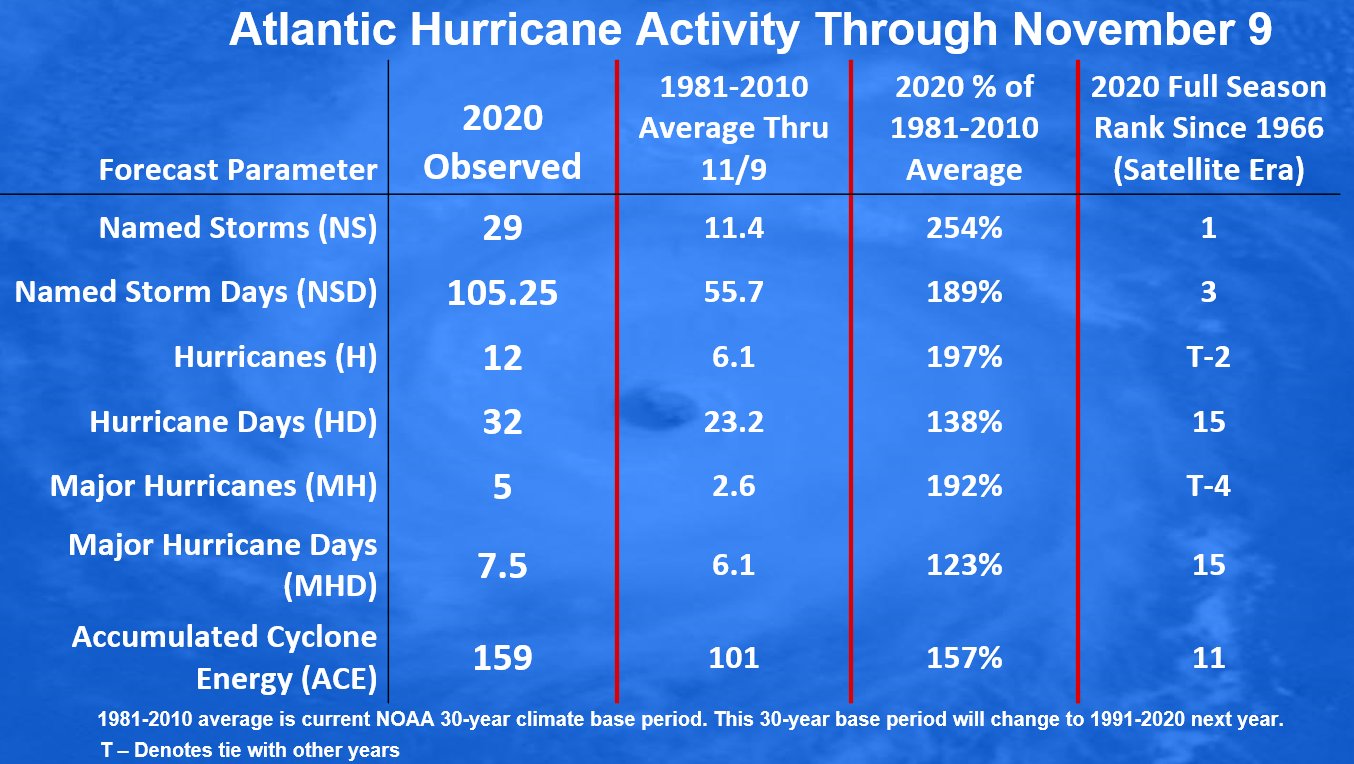 Theta was moving E at 19 km/h (12 mph). An eastward to east-northeastward motion across the eastern Atlantic is expected during the next few days. 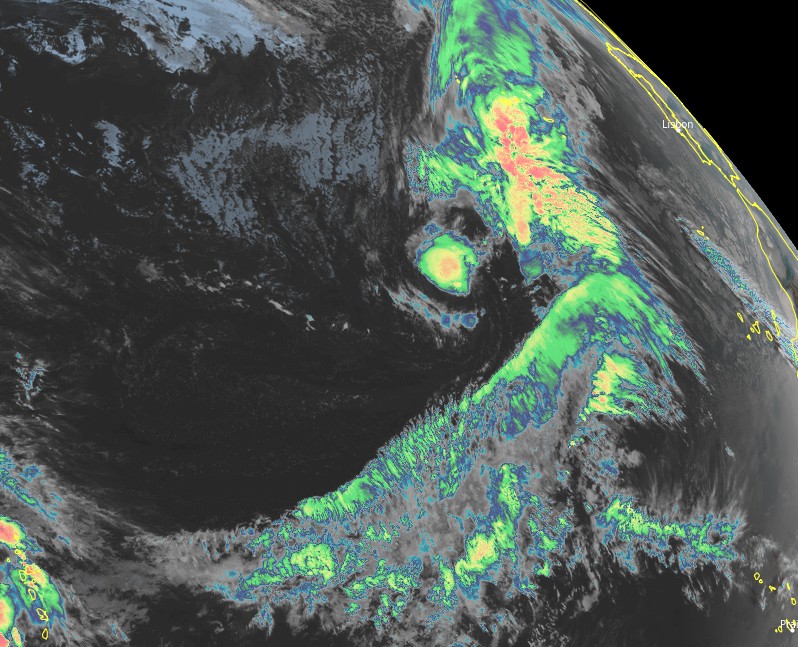 "Theta has generally changed little during the past several hours. The cyclone has some characteristics of a tropical cyclone, including a central dense overcast and a relatively small radius of maximum wind," NHC forecaster Cangialosi noted at 09:00 UTC today.

"However, the storm is still entangled with an upper-level trough, and based on all of these factors, Theta is being maintained as a subtropical storm." 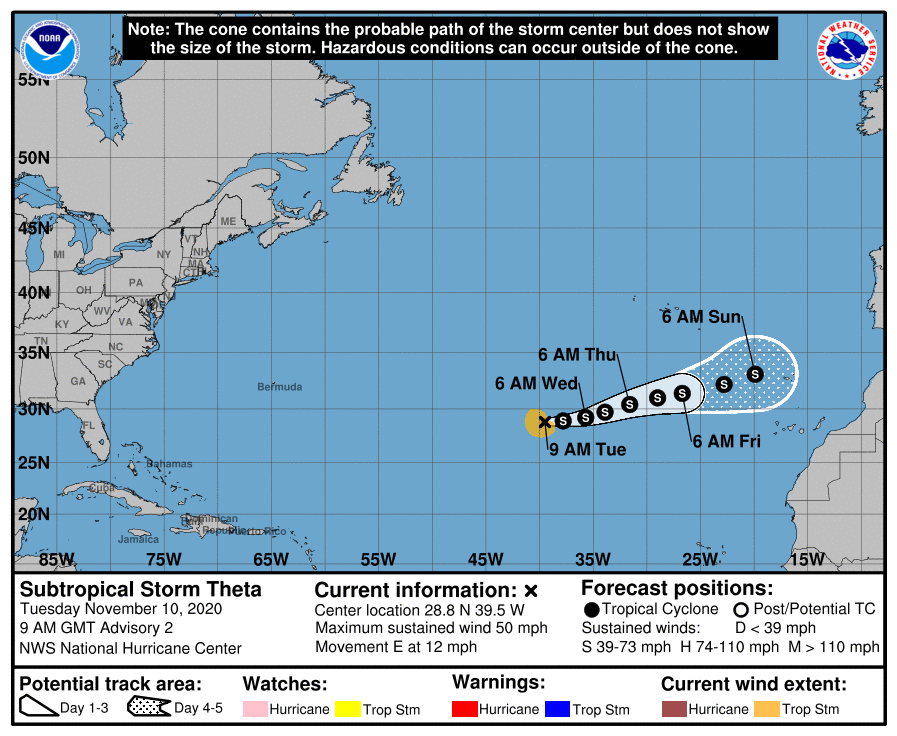 A trough to the north of the subtropical storm is expected to lift out, and Theta should be steered eastward to east-northeastward during the next several days on the north side of a mid-level ridge.

Theta should transition to a tropical storm later today as it separates from the upper-level trough. Little change in intensity is expected during the next several days due to mixed environmental conditions.

"Although Theta will be tracking over progressively cooler SSTs and within moderate wind shear conditions, the air mass is expected to remain unstable, which should be supportive of deep convection."