A strong low-pressure system brought blizzard conditions, heavy snow and freezing rain to parts of the Canadian Prairies on November 7 and 8, 2020, shutting down roads in Saskatchewan and Alberta and setting new all-time November snow records. While heavy snow fell in western parts of Saskatchewan, its eastern regions experienced freezing rain. Several more cm of snow is expected through the end of the week.

The town of Kindersley in Saskatchewan recorded 47.6 cm (18.7 inches) of snow on Saturday and Sunday, November 7 and 8, setting a new 48-hour snowfall record.

"To put the weekend's snowfall in perspective, the nearly 48 cm that recently accumulated is more than Kindersley saw in November, December, January and February 2019," Brittany Warner of West Central Online reports. 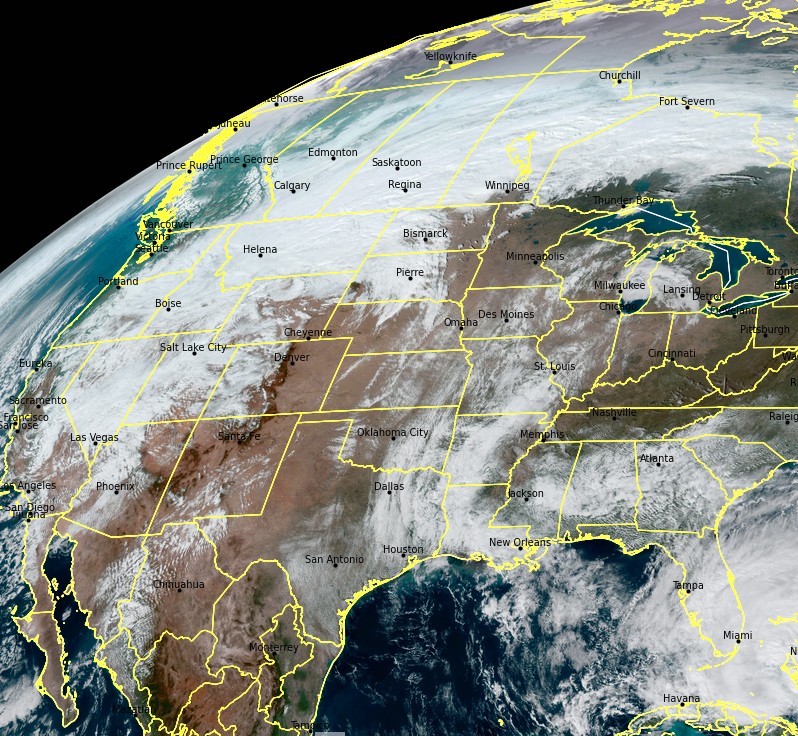 Rosetown reported 16.8 cm (6.6 inches) over the weekend, just a bit more than it recorded during the entire November 2019.

Winter storm and blizzard warnings have all been dropped by Monday, but travel is still not recommended, the Weather Network reports.

Bitter wind chills will span much of the Prairies on Monday afternoon in the wake of the departing system.

"So a good reminder that if you are traveling today with those bitter wind chills, make sure you have an emergency kit with you because some roads could still be closed or very treacherous," says Weather Network meteorologist Jaclyn Whittal.