Tropical Storm "Etau" formed on November 9, 2020, in the South China Sea as the 21st named storm of the 2020 Pacific typhoon season. PAGASA declared the system as a tropical depression at 12:00 UTC on November 7 and assigned it the name Tonyo. Etau is expected to make landfall in the vicinity of Phu Yen and Ninh Thuan provinces on Tuesday, November 10. This will be the 12th storm to strike Vietnam this year.

The minimum central barometric pressure was 996 hPa and the system was moving west-southwestward at 22 km/h (14 mph). 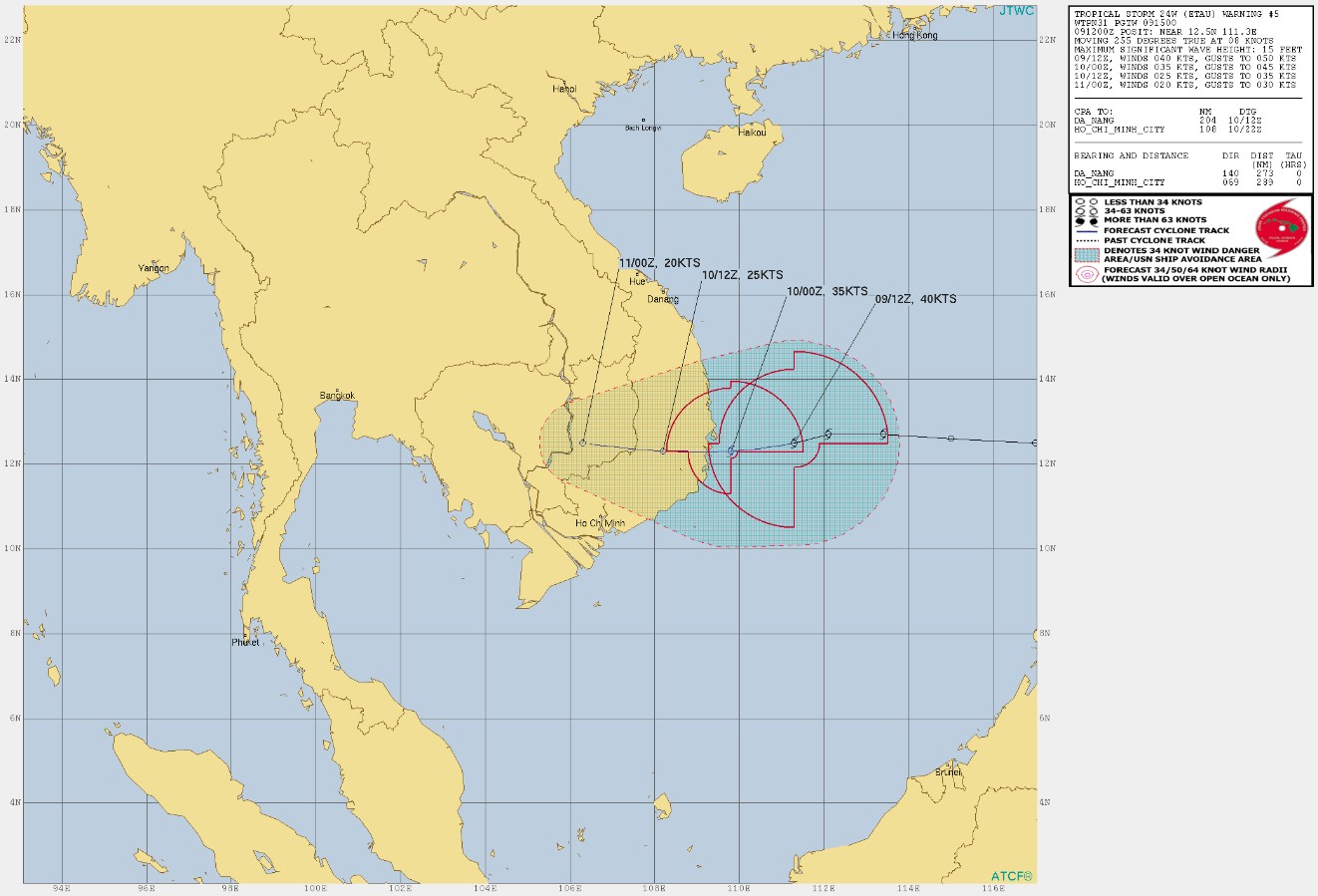 Further strengthening is expected prior to landfall before Etau weakens into a tropical depression as it moves into Cambodia.

The provinces of Quang Tri and Khanh Hoa are expected to see as much as 400 mm (16 inches) of rain from Monday, November 9 to Thursday, November 12.

Quang Binh and the Central Highlands are expected to receive 200 mm (8 inches) of rainfall during the same period.

According to Senior Colonel Nguyen Dinh Hung of the Border Guard Command, nearly 60 000 vessels at sea have been notified of the storm and have been guided to navigate away from the danger zone. 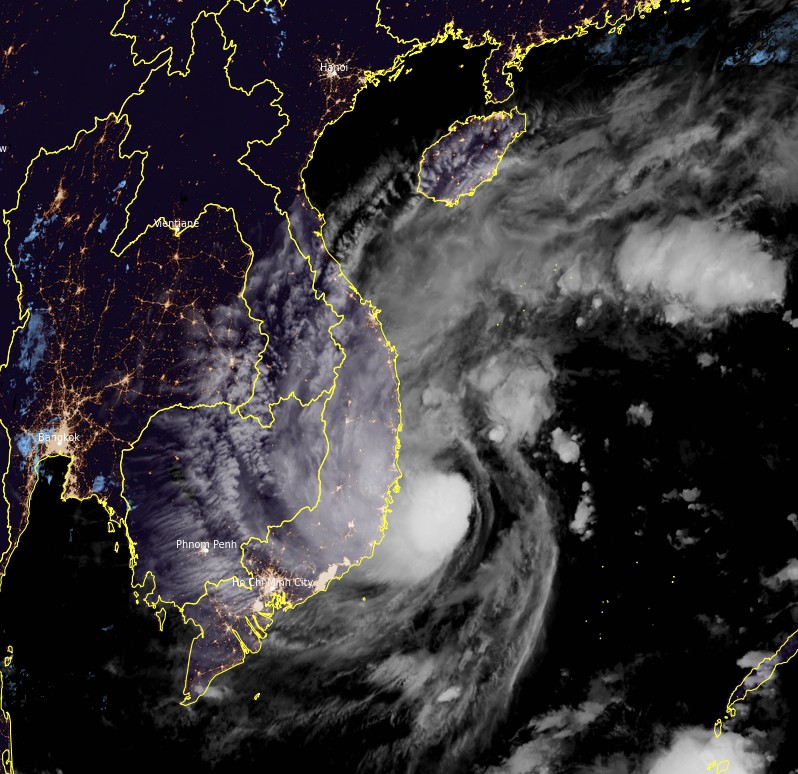 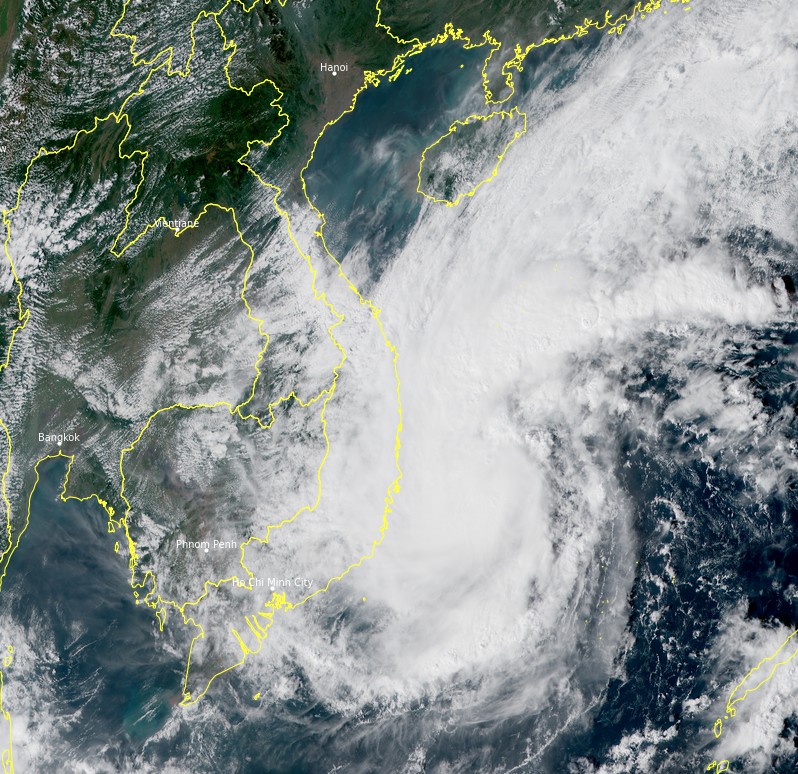 Tran Quang Hoai, deputy head of Vietnam’s national disaster prevention agency, said Vietnam needs to be prepared for not only Etau, but also a series of natural disasters, adding that after Etau there will soon be the 13th storm to hit the country this season with an even stronger level of force.

He referred to Tropical Cyclone "Vamco" — currently a tropical depression east of the Philippines.

Vamco is expected to continue intensifying and make landfall in the Philippines on November 11 with maximum sustained winds of 195 km/h (120 mph) — Category 4 hurricane equivalent. There is a possibility the storm will move right over the Metro Manila area.

Landfall in Central Vietnam is expected on November 14 or 15 with maximum sustained winds of 130 km/h (80 mph) — Category 1 hurricane equivalent. 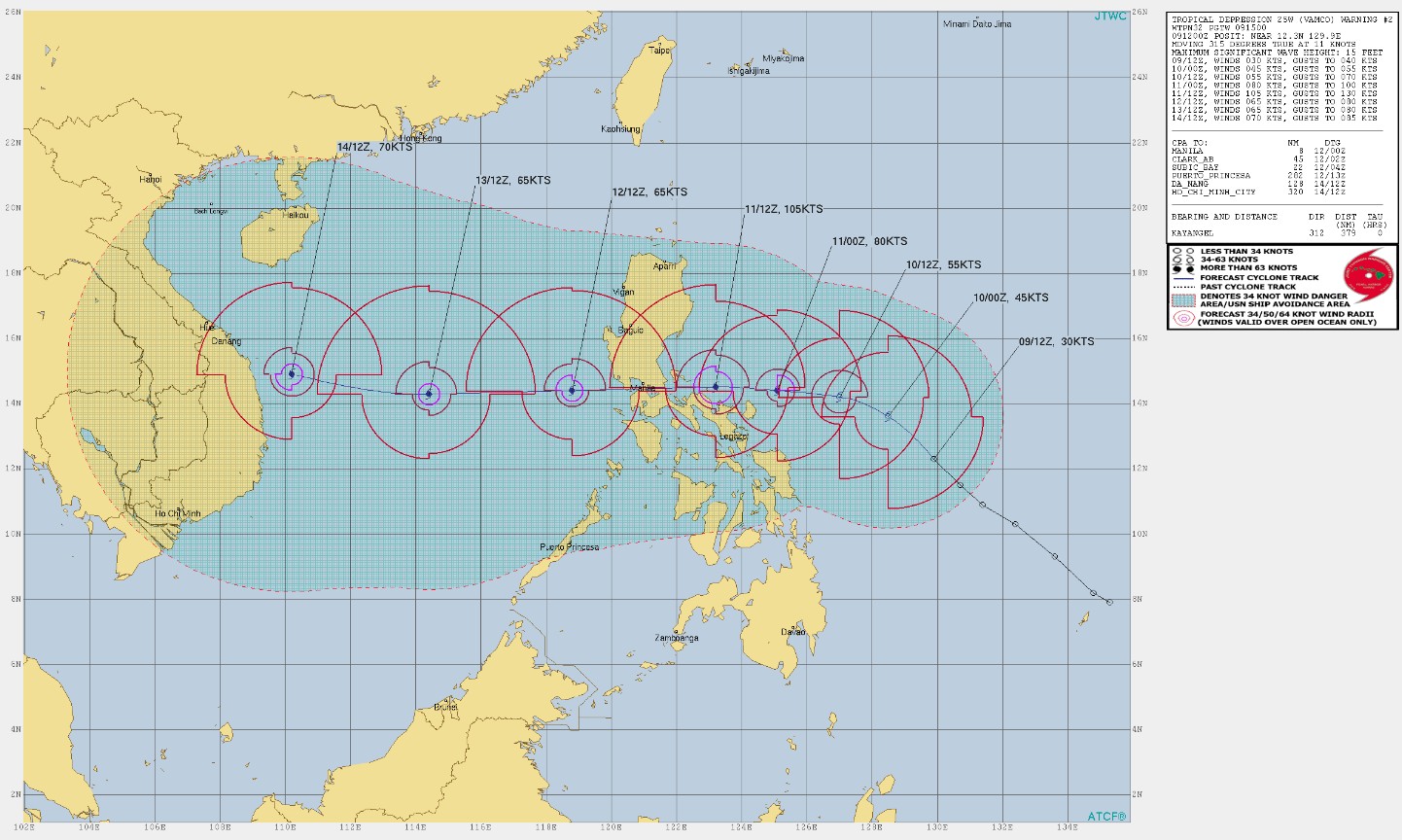 Hoai urged local authorities to take measures to ensure the safety of residents, tourists and property on the islands and coastal areas within Etau’s path.

He also called for the evacuation of people from areas prone to flooding and landslides.