Tropical Storm "Gamma" formed at 00:00 UTC on October 3, 2020, as the 24th named storm of the 2020 Atlantic hurricane season. Gamma is the earliest forming 24th named Atlantic storm, breaking the previous record set on October 27, 2005. The biggest threat from this large and slow-moving storm is the potential for heavy rainfall and flooding, particularly near and over mountainous terrain.

Gamma continued strengthening as it moved closer to the Yucatan Peninsula overnight (UTC). At 06:00 UTC on October 3, its center was located about 135 km (85 miles) SSE of Cozumel, Mexico. The storm had maximum sustained winds of 70 km/h (45 mph) and minimum central pressure of 996 hPa. It was moving NW at 15 km/h (9 mph).

NHC expects a slower NW motion during the next couple of days, followed by a turn to the W or WSW.

On the forecast track, the center of Gamma should be near the NE Yucatan Peninsula later today.

After landfall, slight weakening or little change in strength is expected.

Gamma is expected to exit into the Caribbean Sea on Sunday, October 4, turn W and move along the coast of the Yucatan Peninsula through Monday. 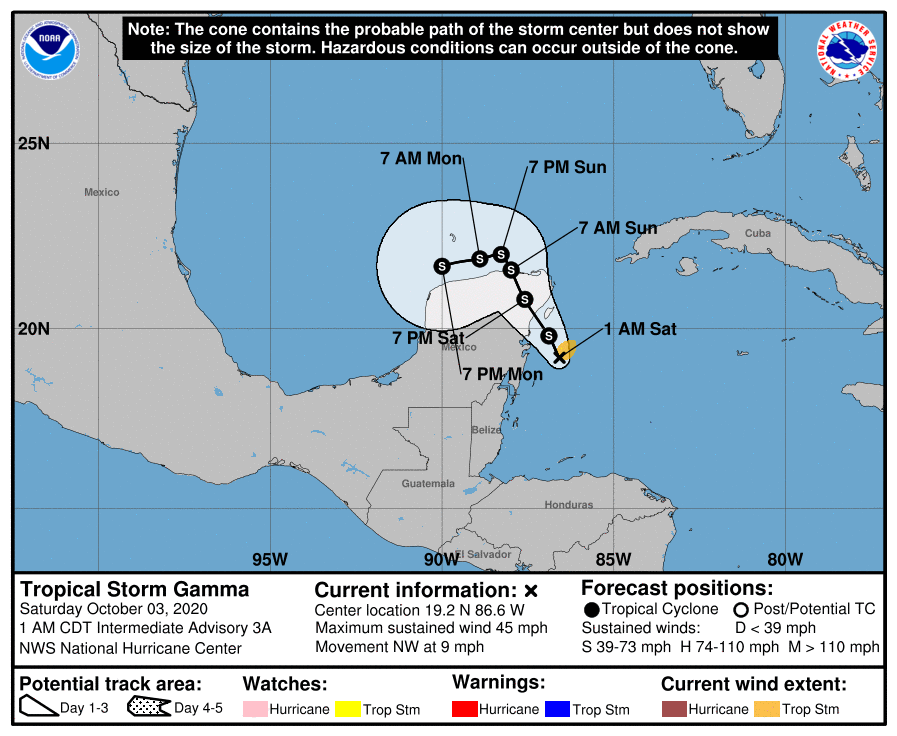 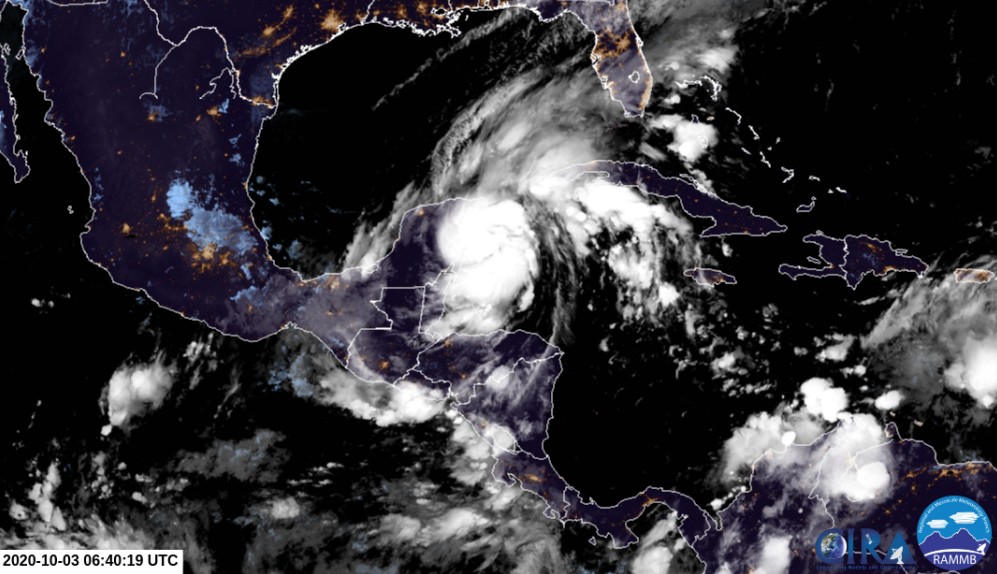 "The tropical storm is expected to remain on the western periphery of a subtropical high during the next couple of days, and that should cause the storm to move slowly northwestward during that time period," NHC forecaster Cangialosi noted.

This track should take Gamma across the northern Yucatan Peninsula and perhaps over the extreme south-central Gulf of Mexico this weekend. By early next week, a mid-level ridge is expected to build to the north of the storm while another low pressure area is forecast to develop to the east of Gamma, Cangialosi said.

This change in the steering pattern is expected to cause the storm to make a sharp left turn toward the Bay of Campeche, but continue to move at a fairly slow forward speed.

Environmental conditions appear generally favorable for additional strengthening until the cyclone reaches the Yucatan Peninsula on Saturday, and the NHC intensity forecast shows a slightly higher landfall intensity there.

Once the system moves over the Yucatan Peninsula and the extreme southern Gulf of Mexico, the combination of land interaction, an increase in shear, and drier air should limit the amount of strengthening into next week.