A bright fireball streaked across the night sky over central Florida at around 00:56 UTC on Wednesday, July 15, 2020. The American Meteor Society (AMS) received 39 reports about the meteor, including from witnesses as far north as DeLand and as far south as Naples.

According to the AMS, the fireball traveled from northwest to southeast direction and was visible from an area near West Frostproof to Whispering Pines.

An observer in Naples described the object as flat and oval in shape, with "rugby-ball shaped nose and tail". It was bright white, with the leading edge in light green color, he added.

An eyewitness in Zephyrhills also said it was a "bright green fireball". "This was my very first time getting to observe such a bright, pretty green fireball and I've seen some fireballs [before]."

Meteor or space junk falling out out the sky. Pretty cool 2:08 am 7-14-20 SA time. Wish I knew how to take a video pic.twitter.com/eCMj4nUEw8

An observer from Port St. Lucie said the object's tail was yellow. "It was truly beautiful," she remarked. "I had no idea what a fireball was. It was amazing."

A viewer in St. Petersburg attested to this as he described that the object had a "large yellow streak".

Tom Segur, director of FSW James & Barbara Moore Observatory, pointed out that the object is not related to Comet NEOWISE or the upcoming Perseids meteor shower. 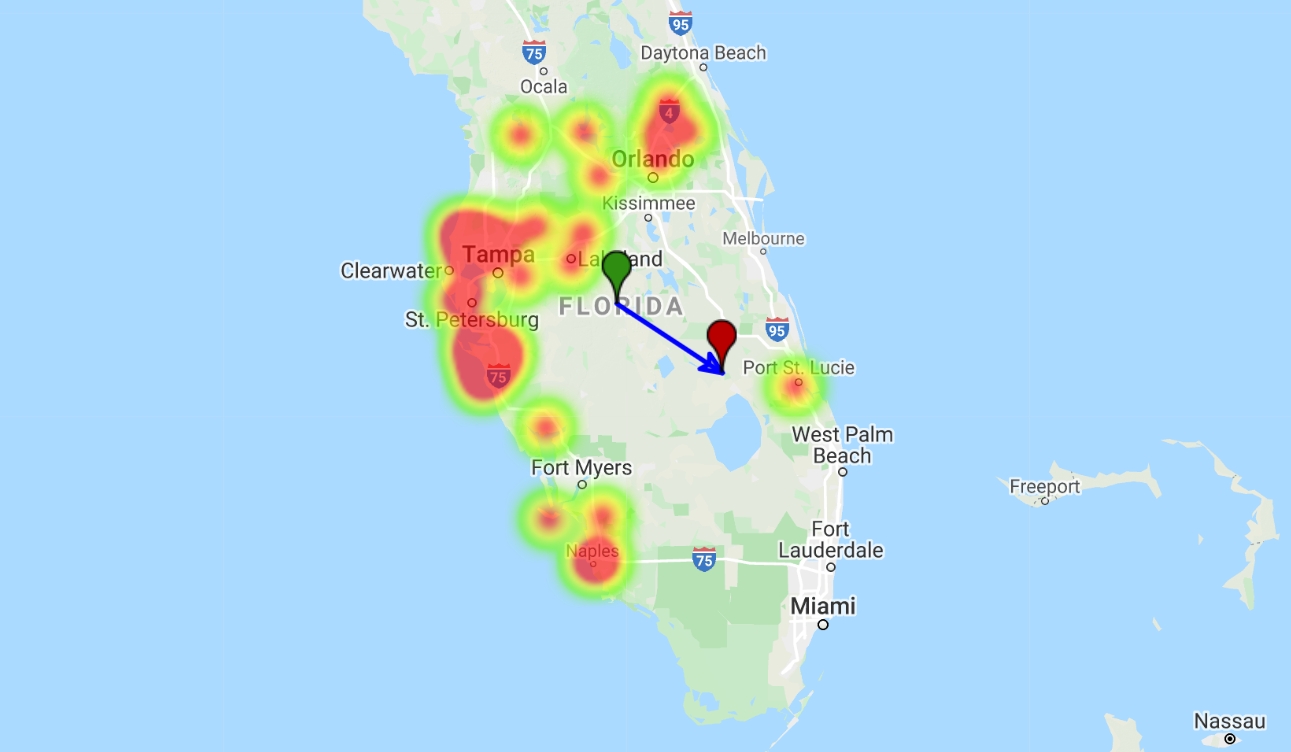