Tropical Cyclone "Amphan" unexpectedly intensified into a rare Super Cyclonic Storm on May 18, 2020 — becoming the northern hemisphere's strongest tropical cyclone in 2020. This storm can have a high humanitarian impact based on the maximum sustained wind speed, exposed population and vulnerability.

Amphan's maximum sustained winds increased from 120 km/h (75 mph) to 260 km/h (160 mph) in just 24 hours to 06:00 UTC on May 18 — Category 5 hurricane equivalent on the Saffir-Simpson scale. This is one of the most extreme rapid intensifications of tropical systems on Earth. 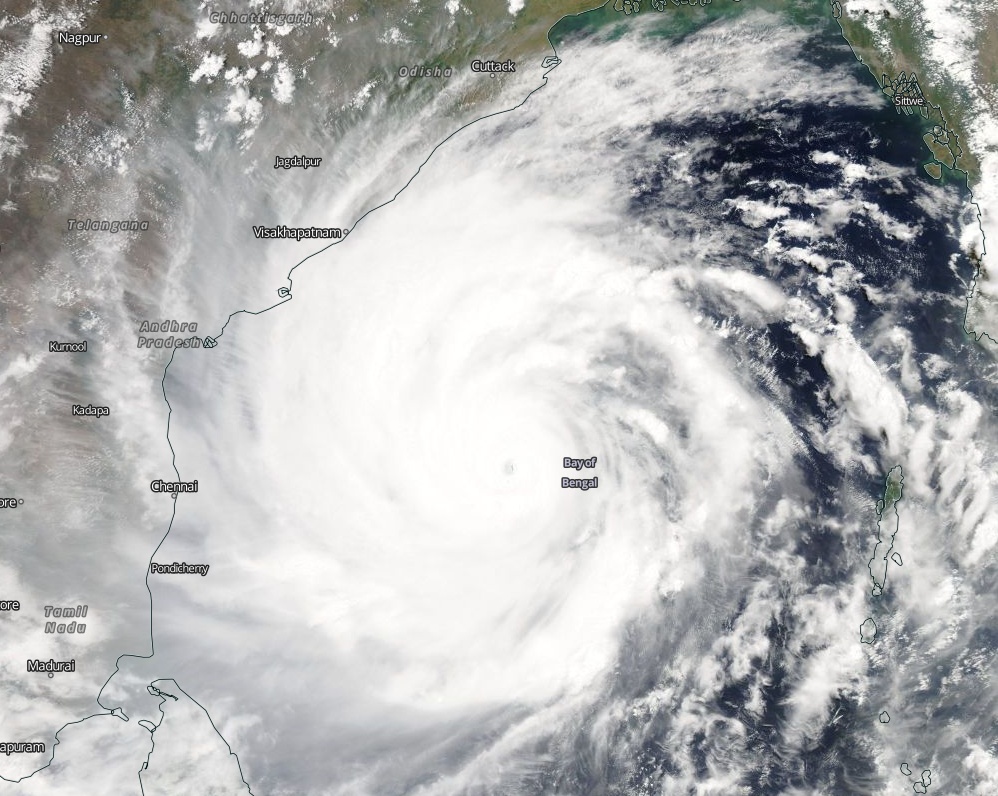 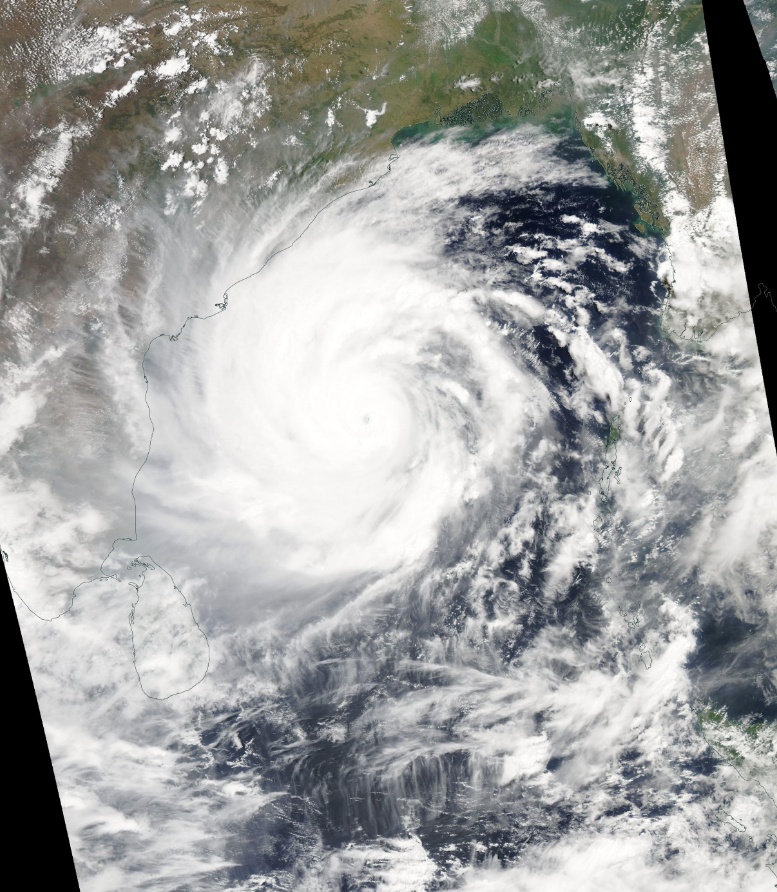 The storm is expected to move NNE across the northwest Bay of Bengal and cross the West Bengal and Bangladesh coasts between Digha (India) and Hatiya islands (Bangladesh) between 09:00 and 12:00 UTC on May 20 as an Extremely Severe Cyclonic Storm with maximum sustained surface wind speeds up 175 km/h (110 mph) and gusts to 185 km/h (115 mph).

Coastal Odisha is likely to experience light to moderate rainfall at many places from Monday evening (LT) with heavy rainfall at isolated places over coastal Odisha (Gajapati, Ganjam, Puri, Jagatsinghpur and Kendrapara districts).

Storm surge of about 4 to 5 m (13 – 16 feet) above Astronomical Tide is likely to inundate low lying areas of south and north 24 Parganas and about 3 to 4 m (10 – 13 feet) over the low lying areas of East Medinipur District of West Bengal during the time of landfall. 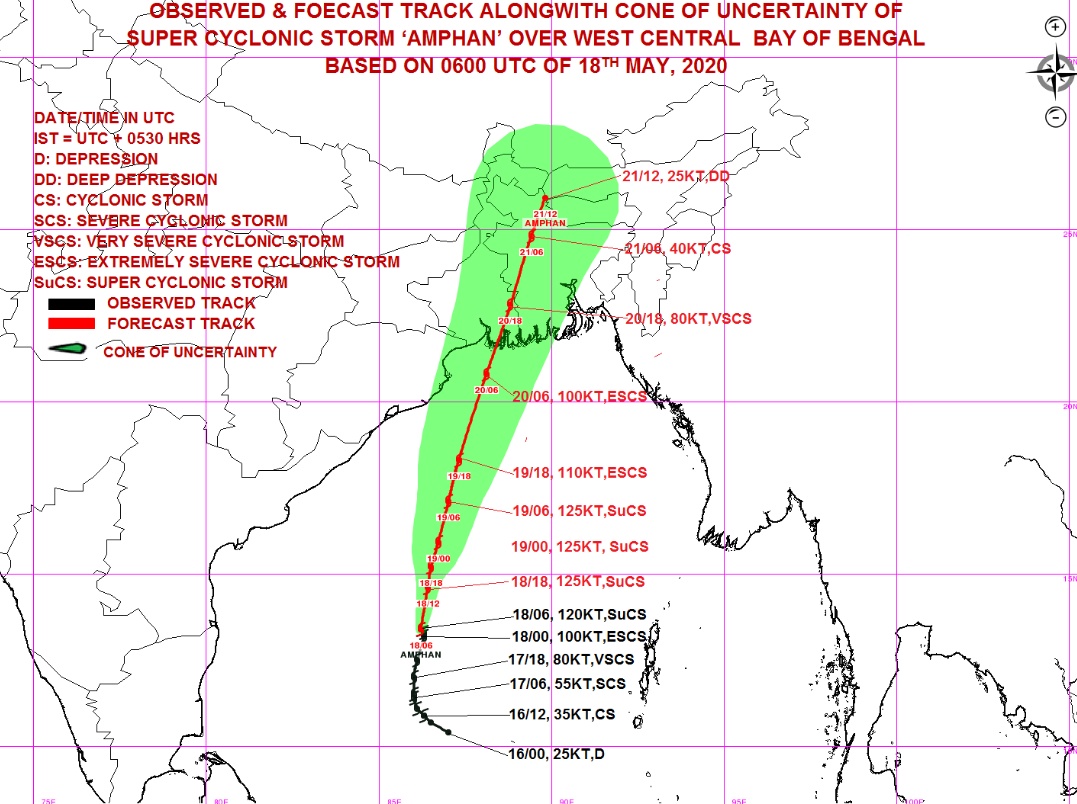 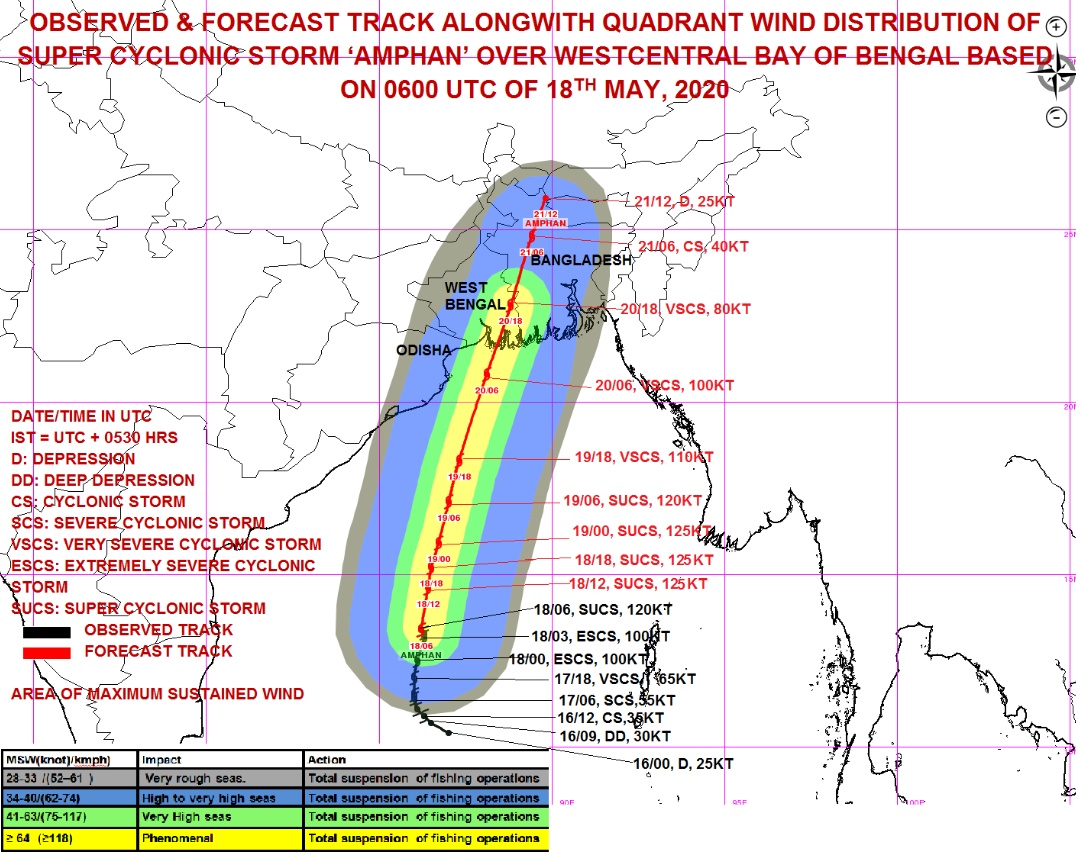 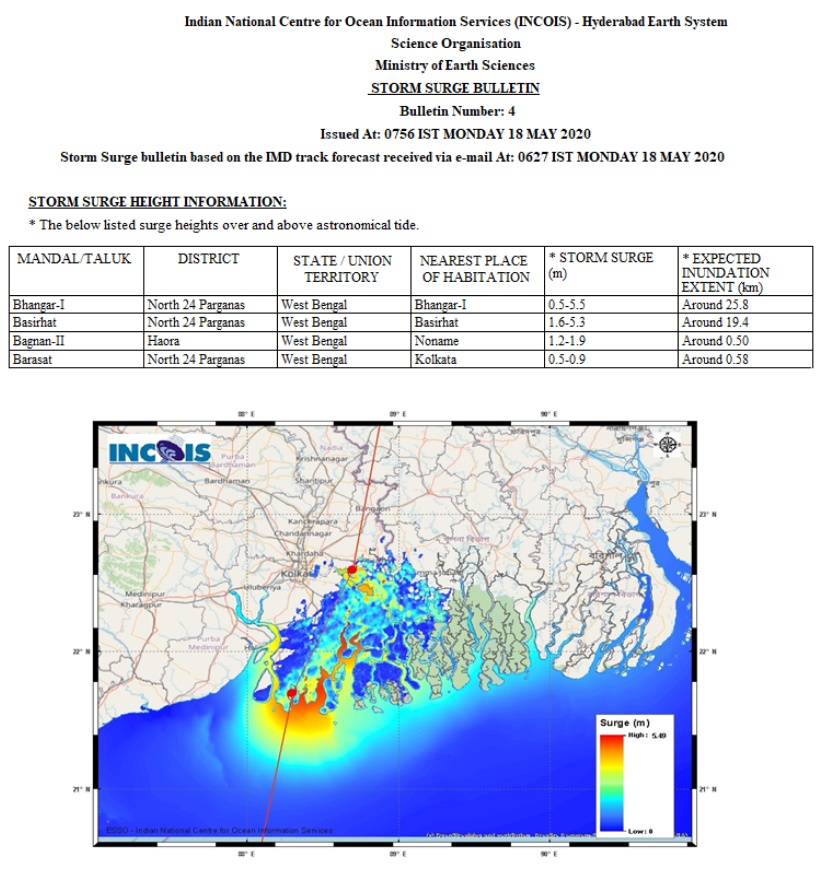