San Rafael Waterfall — the tallest waterfall in Ecuador and one of the county's most stunning landscapes, disappeared last month after a large sinkhole opened on the Coca River, just a few minutes before the falls.

With waters dropping about 150 m (490 feet), the river and falls flowed through a thick chunk of cloud forest at the intersection of the Andes Mountains and the Amazon Basin.

However, the waterfall disappeared on February 2, 2020, after a huge sinkhole appeared in the Coca River, a few meters before the falls, and diverted the watercourse in three separate sections and at a less steep slope.

According to NASA's Earth Observatory, researchers believe the three streams could cause erosion at the channel’s origin and create a river upstream, which might change the topography of the valley.

The images below, acquired by the Operational Land Imager (OLI) on Landsat 8, show the falls and the surrounding river basin while water still flowed on August 4, 2014, and after it stopped on March 15, 2020. 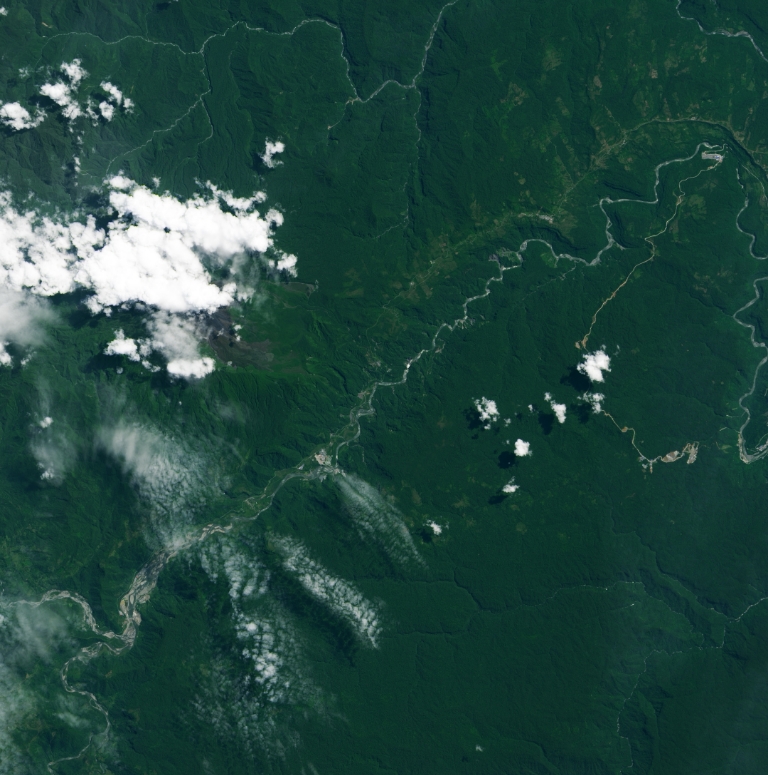 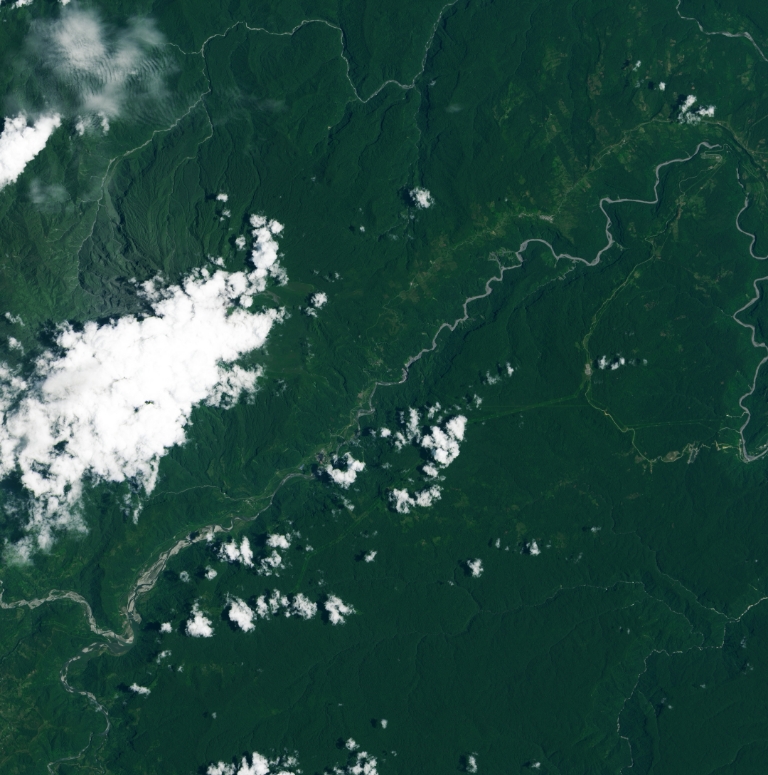 Side-by-side images of the waterfall display the difference between 2014 and 2020. The earlier image shows a white patch, indicating the waterfall's active drop.

However, in the latest image, the white patch is gone, indicating that the waterfall has disappeared. 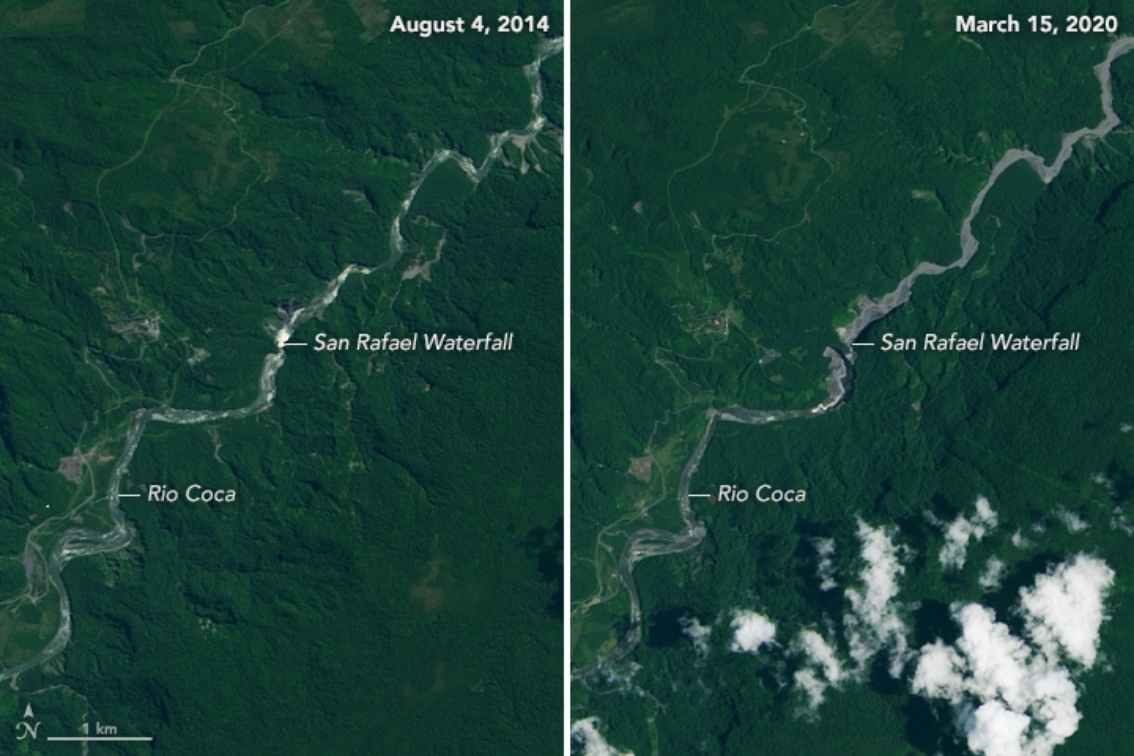 The cause of the sinkhole's formation is under investigation.

While some geologists think that it occurred in a natural way, others think it could be connected with the construction of a new hydroelectric plant, which will be the country's largest.

According to the MongaBay, Ecuadorian scientists are surprised by an event that cannot be remembered in Latin America’s recent history – be it natural or caused by human activity.

Geologist Alfredo Carrasco said the event is fascinating, adding that the waterfall did not actually disappear. Rather, the river changed its course and the water now falls upstream.

It is located in an area of seismic and volcanic activity near the Reventador volcano, one of the most active in the country. Its lava and strong earthquakes that eroded the mountains thousands of years ago formed San Rafael.

The geologist believes that in 30 to 50 years, these three new waterfalls could be between three and five kilometers higher.

Ecuador's tourism ministry said they have no plans on rebuilding the riverbed or restoring San Rafael, making the waterfall merely a history. 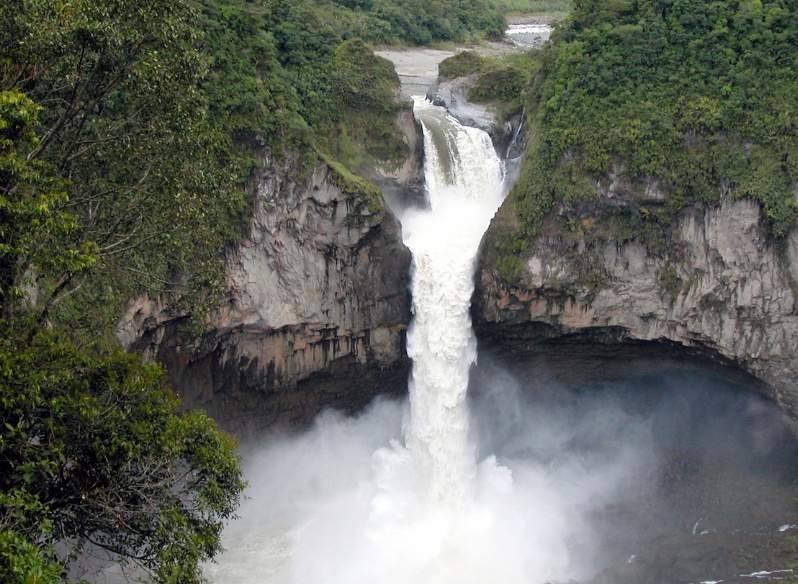 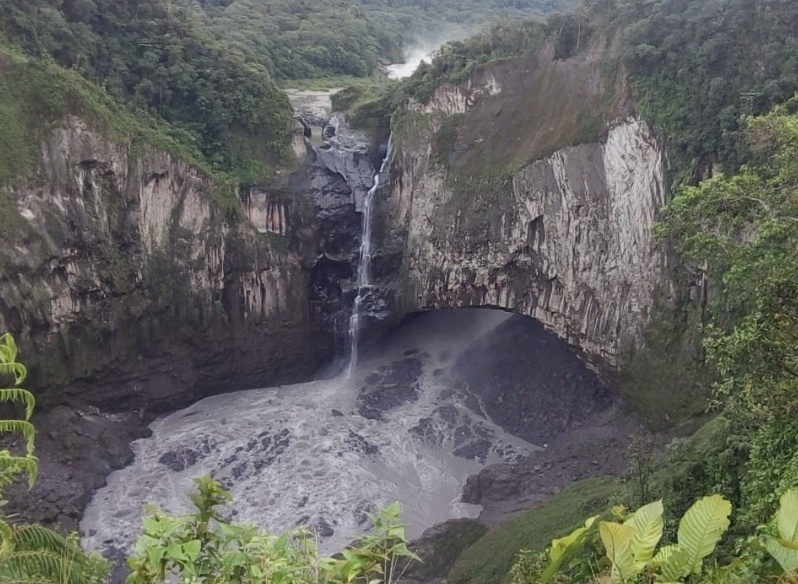