As wintry conditions continue to linger across the Balkan Peninsula, the cold outbreak is expected to intensify while spreading across east-central Europe on March 31, 2020. Long-range models suggest that this might be one of the last cold snaps of such strength for the season, which could again result in widespread damaging frosts.

Present surface analysis over Europe shows a powerful high-pressure system across the North Atlantic and western Europe, producing the Arctic outbreak across northern Europe with strong cold advection south into the central and western regions.

Showers followed the front into Poland on Monday, March 31, while snow continued to pile up in the Alps. Meanwhile, 30 to 60 cm (11.8 to 23.6 inches) of snow fell in the highest elevations. Farther north, snow fell across northern Germany.

The cold blast is forecast to strengthen across east-central Europe and the Balkans through Tuesday, vanishing over the Iberian peninsula but remaining strong as well.

Temperatures over the eastern region and the Balkans will be more than 10 °C (18 °F) colder than usual. Through early April, pattern flip over the North Atlantic will result in a diminishing cold outbreak across entire Europe.

"The northerly moist advection will deliver quite some fresh snow into the Alps, while a secondary surface low forming over the central Mediterranean on Wednesday, should bring a strong snowstorm over the southern Balkans," Severe Weather Europe meteorologists said.

"Locally, more than 50 cm (19.7 inches) of fresh snow is again quite possible there through early April," SWE continued.

The cold snap is expected to remain over the Balkans until Friday, April 3. Mostly dry conditions will return to the southeastern region by that day and will continue into the weekend. 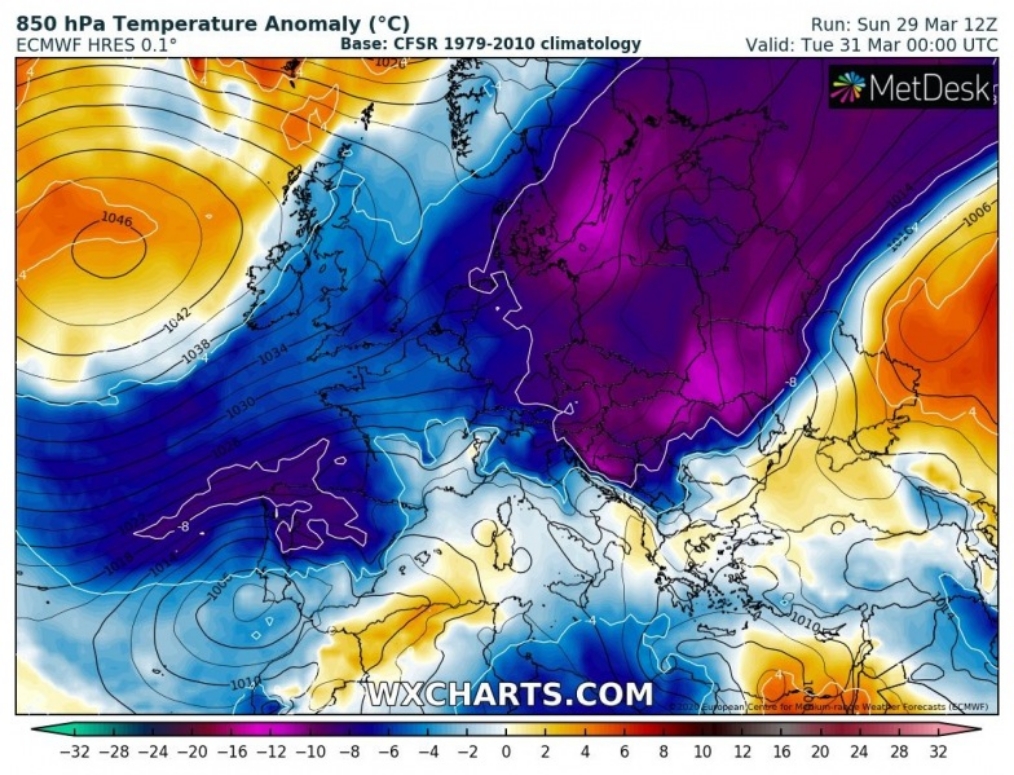 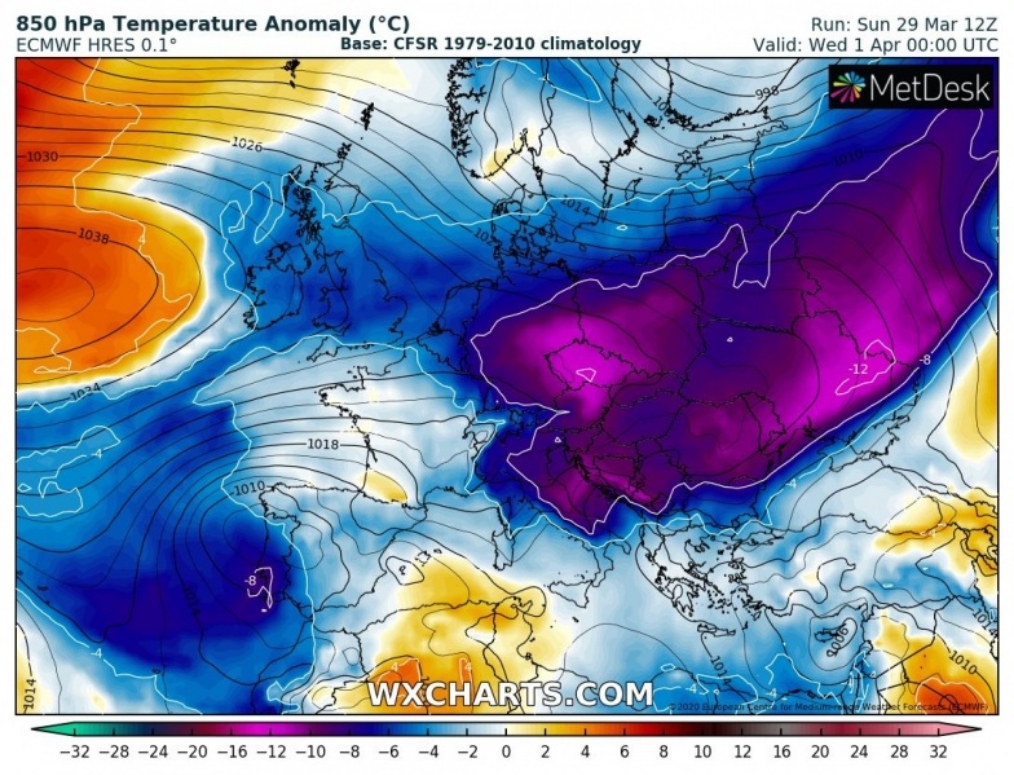 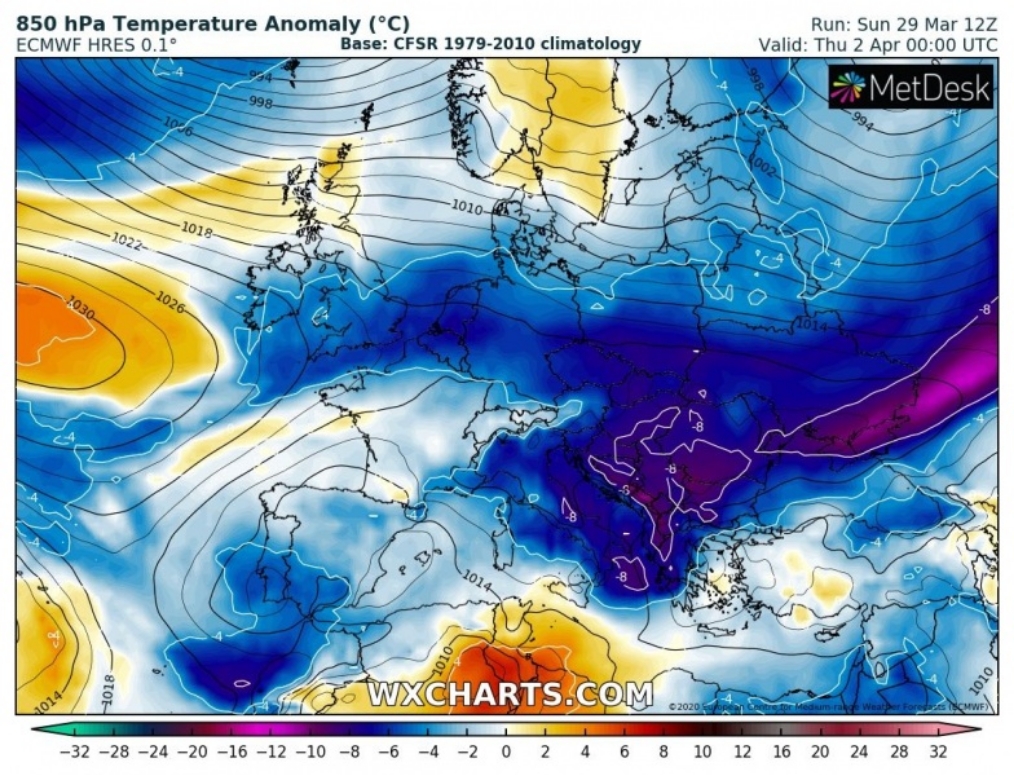