A group of researchers discovered more evidence of a catastrophic cosmic impact around 12 800 years ago that possibly caused the total destruction of Abu Hureyra in Syria. The site is believed to be one of the first towns on Earth where hunter-gatherers and nomads decided to settle down, marking a significant event in human history.

Before the Taqba Dam seized the Euphrates river in northern Syria in the 1970s, there was a historical site called Abu Hureyra where ancient nomads first resided, marking the settlement with a large mound that now lies beneath Lake Assad.

Abu Hureyra, situated on a plateau near the southern bank of the Euphrates, around 120 km (75 miles) east of Aleppo. It is one of the oldest cities in the world and is now an archaeological site with massive accumulations of debris and lost objects.

Even though the ancient settlement now lies under the lake, archaeologists were able to retrieve objects and define what lies beneath the surface, including remnants of houses, tools, as well as food.

These materials were used as evidence that allowed them to determine the transition to farming about 12 800 years ago– one of the remarkable events in the Earth's cultural and ecological history.

Among the rubbles of the ancient settlement, the researchers found a melt glass, with some features of it indicating that it likely formed at extremely hot temperatures– way hotter than what humans at that period could achieve. Moreover, it could be attributed to lighting, volcanism, or fire.

"To help with perspective, such high temperatures would completely melt an automobile in less than a minute," said James Kennet, emeritus professor of geology at UC Santa Barbara.

Kennet added that such levels of intensity could only have resulted from an extremely brutal phenomenon that had high velocity and energy, much like on the order of a space impact. 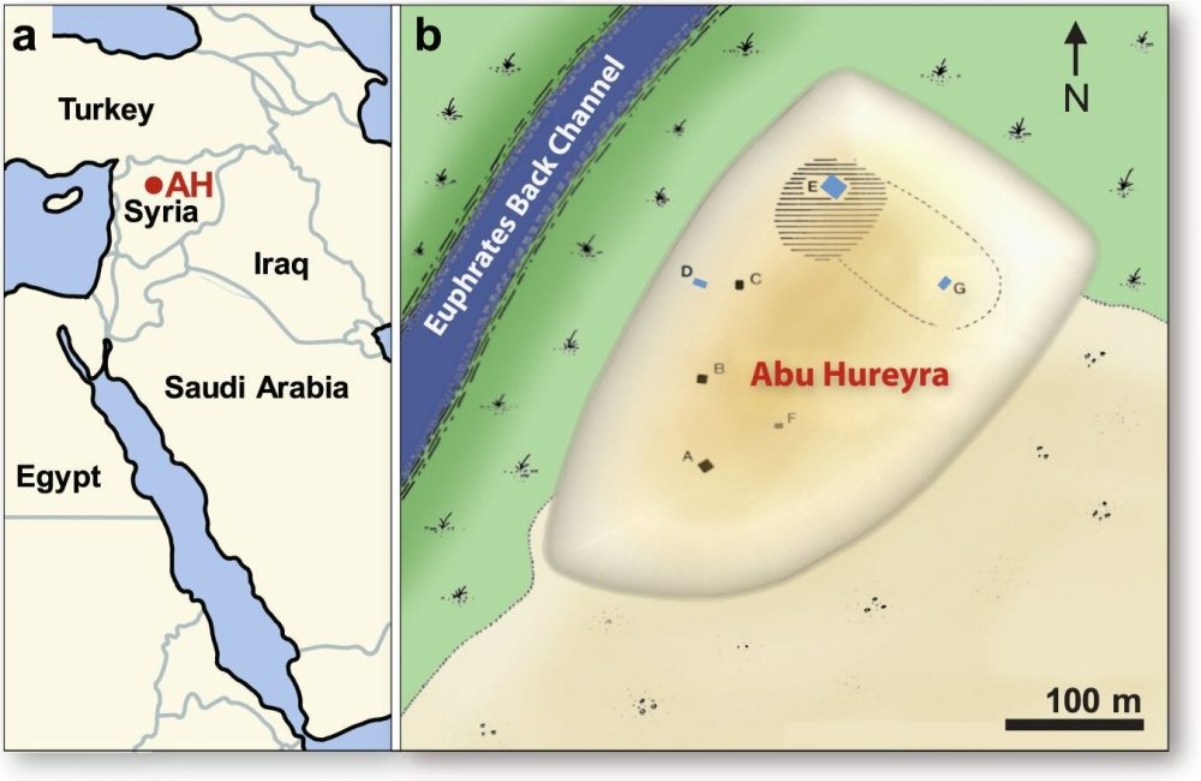 Before the site was inundated beneath the water of Lake Assad, researchers managed to gather a significant amount of evidence suggesting that Abu Hurayra is the first ancient site to document the direct impacts of a fragmented comet on a human settlement.

According to Kenneth, these fragments are part of the same comet that possibly crashed into Earth and exploded in the atmosphere by the end of the Pleistocene epoch.

The impact also greatly contributed to the extinction of most ancient large animals, most notably mammoths, camels, and American horses. In addition, the comet crash was so intense that it was also believed to have led to the loss of the North American Clovis culture.

Furthermore, the impact contributed as well to the sudden onset of the end-glacial Younger Dryas cooling episode.

"Our new discoveries represent much more powerful evidence for very high temperatures that could only be associated with a cosmic impact," said Kennett.

Abu Hureyra's geographical location is of great importance to archaeologists as it holds crucial evidence of ancient times. The evidence gathered from the site directly points to the fact that the region bore witness to abrupt destruction.

"The Abu Hureyra village would have been abruptly destroyed," Kennett noted, also saying that an impact or an airburst must have happened sufficiently close to send enormous heatwave and molten glass over the entire village.

After analyzing the glass fragments for geochemical composition, the researchers found that it formed at very high temperatures and has minerals rich in chromium, iron, nickel, titanium, sulfides, as well as platinum and iridium-rich iron– all of which formed in temperatures greater than 2 200 °C (3 992 °F).

"The critical materials are extremely rare under normal temperatures, but are commonly found during impact events," Kennett stated. "Additionally, because the materials found are consistent with those found in the YDB layers at the other sites across the world, it's likely that they resulted from a fragmented comet, as opposed to impacts caused by individual comets or asteroids."

"A single major asteroid impact would not have caused such widely scattered materials like those discovered at Abu Hureyra. The largest cometary debris clusters are proposed to be capable of causing thousands of airbursts within a span of minutes across one entire hemisphere of Earth."

Kennett added that the hypothesis proposed this mechanism to be accountable for the widely dispersed coeval objects across more than 14 000 km (8 699 miles) of the Northern and Southern hemispheres.

"Our Abu Hureyra discoveries strongly support a major impact event from such a fragmented comet."

At Abu Hureyra (AH), Syria, the 12,800-year-old Younger Dryas boundary layer (YDB) contains peak abundances in meltglass, nanodiamonds, microspherules, and charcoal. AH meltglass comprises 1.6 wt.% of bulk sediment, and crossed polarizers indicate that the meltglass is isotropic. High YDB concentrations of iridium, platinum, nickel, and cobalt suggest mixing of melted local sediment with small quantities of meteoritic material. Approximately 40% of AH glass display carbon-infused, siliceous plant imprints that laboratory experiments show formed at a minimum of 1200°–1300 °C; however, reflectance-inferred temperatures for the encapsulated carbon were lower by up to 1000 °C. Alternately, melted grains of quartz, chromferide, and magnetite in AH glass suggest exposure to minimum temperatures of 1720 °C ranging to >2200 °C. This argues against formation of AH meltglass in thatched hut fires at 1100°–1200 °C, and low values of remanent magnetism indicate the meltglass was not created by lightning. Low meltglass water content (0.02–0.05% H2O) is consistent with a formation process similar to that of tektites and inconsistent with volcanism and anthropogenesis. The wide range of evidence supports the hypothesis that a cosmic event occurred at Abu Hureyra ~12,800 years ago, coeval with impacts that deposited high-temperature meltglass, melted microspherules, and/or platinum at other YDB sites on four continents.