Continuous heavy rains claimed the lives of at least 27 people and injured 56 others across Khyber Pakhtunkhwa, Pakistan, as of March 9, 2020. Widespread rain, strong winds, and thunderstorms are expected to continue across many parts of the province (population 35 million) in the days ahead. On March 8, the government has declared a week-long Extreme Weather Emergency.

At least 87 homes were partially damaged and 11 destroyed since rains started on Wednesday, March 4, 2020. In addition, at least one educational building was damaged.

The worst affected is the Mardan district where 6 people were killed, including 4 children, and 9 other injured. 4 people were killed in Swat district, 2 each in Peshawar, Nowshera and Charsadda, and 1 in Buner, as of March 8.

Most of the people died after their homes collapsed. 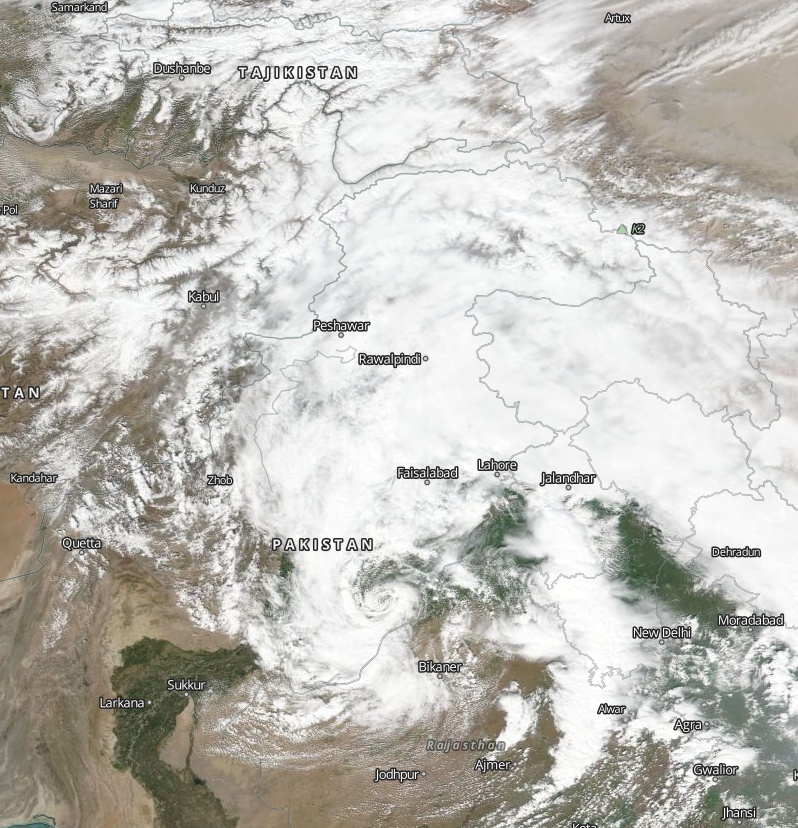 For the first time in March, Shangla district received heavy snowfall, causing road closures, disrupting normal life and stranding people living in upper parts of the district. According to Dawn.com, snowfall started falling in the district on March 4 and continued uninterrupted through Saturday

At least 60 cm (2 feet) of snow has been reported in Nathiagali, Donga Gali, Changla Gali and other hilly areas of Galiyat.

Severe weather is expected to continue across the province in the days ahead.