Researchers from the Massachusetts Institute of Technology (MIT) have developed a system that could identify the best possible method to deflect an asteroid long before the situation becomes worse.

The team, led by former MIT graduate student Sung Wook Paek described a "decision map" which takes into consideration an asteroid's mass, momentum, proximity to a gravitational 'keyhole', and the period of warning time scientists have before an impending crash.

In addition, the map details three different choices in terms of how to deflect an upcoming asteroid: first, launch a projectile at it to change its course; second, send a scout first to gather accurate measurements to inform the best possible development of projectile; third, send two scouts to acquire measurements and potentially nudge the object with a propulsion, setting it up for an easier knockout.

The major factor in the model is time, based on simulations conducted using asteroids Apophis and Bennu, also including the locations of their gravitational keyholes in proximity to Earth.

The results showed that with five or more years, the best course would be to send two scouts and the projectile.

Between two and five years out, the single scout followed by a projectile launched from Earth is most likely to be successful. However, with less than one year of notice, it is unlikely to succeed as it may be too late.

"Even a main impactor may not be able to reach the asteroid within this timeframe," said Paek.

With the team's new simulation tool, Paek aims to estimate the success of other deflection missions someday.

"Instead of changing the size of a projectile, we may be able to change the number of launches and send up multiple smaller spacecraft to collide with an asteroid, one by one. Or we could launch projectiles from the moon or use defunct satellites as kinetic impactors," he said. 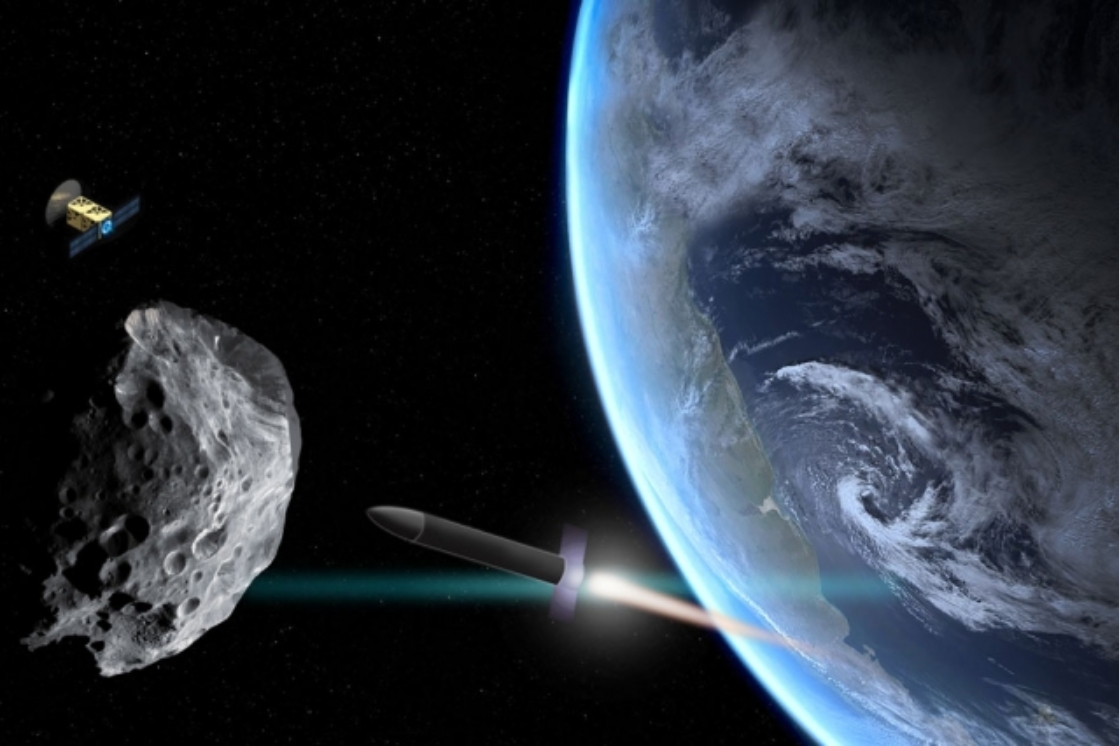 In this study, we introduce a framework for planning and assessing multi-spacecraft asteroid deflection campaigns. In the scenario considered, a near-Earth asteroid (NEA) is nudged away from gravitational keyholes via a kinetic impactor (KI) technique, lest its passage should incur an Earth collision in the future. An asteroid orbiter or/and an impactor is/are used in the precursor stage to obtain uncertain information about the target asteroid, whose launch date and trajectory are optimized using Chebyshev's method and a genetic algorithm. The KI mass is optimized through Monte Carlo simulations to improve the robustness of the method and achieve the minimum required probability of success (PoS). Case scenarios targeting Apophis and Bennu substantiate the utility of the framework in optimizing different deflection campaign architectures and making decisions amongst them via newly proposed visualization methods.