A destructive winter storm pounded the islands Oahu and Kuai in Hawaii on Christmas Day– Wednesday, December 25, 2019, which resulted in a landslide, knocked down trees, electricity disruption to over 18 000 customers, floods, and multiple traffic accidents. Strongest gusts reached 116 km/h (72 mph) in Oahu, while Honolulu saw gusts to 61 km/h (38 mph), and 77 km/h (48 mph) in Kaneohe.

The number of affected customers during the power outage significantly reduced as the storm let up and crews were able to repair the damages.

Torrential rain caused a rockslide on Pali Highway, leading to the closure of the Kailua-bound lanes.

The severe storm was also blamed for several crashes– officials had to close the H-1 westbound at the Managers Driver overpass after multiple traffic accidents were reported. All lanes have since reopened.

Mount Waialeale received roughly 533 mm (21 inches) of rain in a 24-hour period. 279 mm (11 inches) of rain was recorded at the North Wailua Ditch, where the winds wreaked most havoc. Strong winds hit a 60-year-old tree in Kaimuki, snapping a large part off of it. 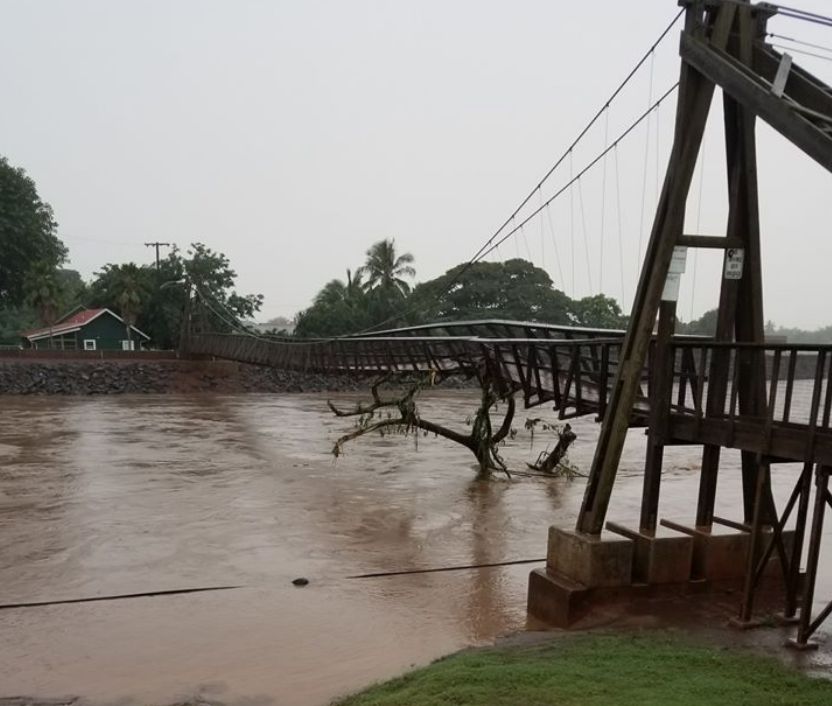 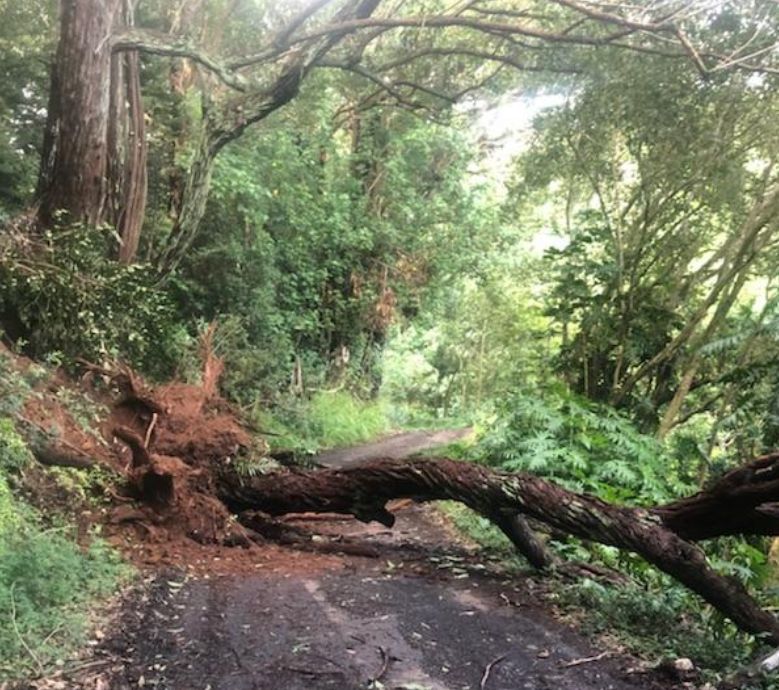 "We were just enjoying our favorite Christmas tradition, morning bagels with lox, and we heard this huge crack outside," said resident Zak Barry.

"We looked out and sure enough, this tree that I grew up climbing in had cracked."

Winds were reportedly much stronger in Windward Oahu, where tree branches were seen scattered everywhere.

A family in Ahuimanu– the Perreiras– spent part of their holiday in heavy rain and strong winds, while helping a neighbor clear a huge downed tree. Their neighborhood was one of those affected by the power outage.

"We just got the power back on and we came out here and cut trees," said John Perreira.  "We were out of power for about two and a half hours."

The front was said to have made its way to Molokai by the evening but was expected to gradually weaken as it moved eastward.