Geoscientists from the University of South Florida (USF) have successfully developed and tested a new high-tech shallow water buoy that can detect small movements and changes in the Earth's ocean floor that are usually warning signs that deadly natural calamities like earthquakes, volcanic activities, and tsunamis might occur.

In 2018, the buoy was installed off Egmont Key in the Gulf of Mexico, sitting 23 m (75 feet) deep using a heavy concrete ballast. It has been providing data on the three-dimensional movement of the ocean floor. The patent-pending seafloor geodesy system is an anchored spar buoy topped by a high precision Global Positioning System (GPS). It can withstand storms as well, like the 2018 Hurricane Michael. 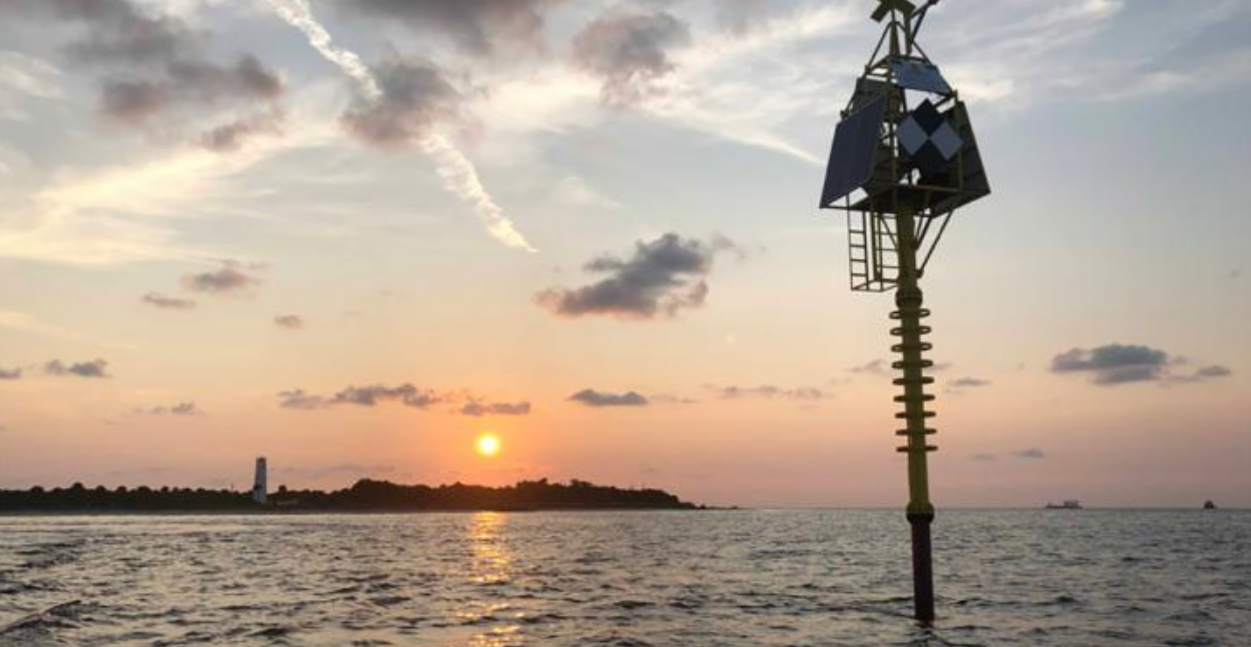 Its orientation is calculated with a digital compass that shows information about heading, pitch, and roll. This helps in capturing the crucial side-to-side motion of the Earth that can be a characteristic of major earthquakes that can trigger tsunamis.

Although there are already several techniques for seafloor monitoring available, this technology often works best in the deeper parts of the ocean where there is less noise intrusion.

According to the researchers, shallow coastal waters, about less than 100 m (328 feet), have a more complex environment but it is still important for many applications, including particular types of destructive tremors.

The researchers noted that offshore strain accumulation and release processes are necessary for understanding megathrust quakes and tsunamis.

"The technology has several potential applications in the offshore oil and gas industry and volcano monitoring in some places, but the big one is for improved forecasting of earthquakes and tsunamis in subduction zones," Dixon said.

"The giant earthquakes and tsunamis in Sumatra in 2004 and in Japan in 2011 are examples of the kind of events we'd like to better understand and forecast in the future."

Moreover, Dixon explained that the system is designed for subduction zone applications in the Pacific Ocean's Ring of Fire, where offshore strain accumulation and release processes are presently poorly monitored.

The team said they are aiming to deploy the new system in the shallow coastal waters of Central America, which are prone to earthquakes.

The waters off the site proved a great test spot for the system, despite Florida not being prone to tremors. It experiences strong tidal currents that tested the buoy's stability and orientation correction system.

Researchers said the next step in the testing is to deploy a similar system in the deeper part of the Gulf of Mexico, off Florida's west coast.

Measuring seafloor motion in shallow coastal water is challenging due to strong and highly variable oceanographic effects. Such measurements are potentially useful for monitoring near‐shore coastal subsidence, subsidence due to petroleum withdrawal, strain accumulation/release processes in subduction zones and submerged volcanoes, and certain freshwater applications, such as volcano deformation in caldera‐hosted lakes. We have developed a seafloor geodesy system for this environment based on an anchored spar buoy topped by high‐precision GPS. Orientation of the buoy is measured using a digital compass that provides heading, pitch, and roll information. The combined orientation and GPS tracking data are used to recover the three‐dimensional position of the seafloor marker (anchor). A test system has been deployed in Tampa Bay, Florida, for over 1 year and has weathered several major storms without incident. Even in the presence of strong tidal currents which can deflect the top of the buoy several meters from vertical, daily repeatability in the corrected three‐component position estimates for the anchor is 1–2 cm or better.