Astronomers have long suspected that Europa, Jupiter's moon, holds a salty ocean beneath its thick icy crust that could support life. NASA has confirmed that they have now detected water erupting from geysers on the surface of the moon.

An international research team led by NASA's Goddard Space Flight Center in Maryland published a study on Monday, November 18, 2019, that discusses the presence of water vapor on Europa.

"Confirming that water vapor is present above Europa helps scientists better understand the inner workings of the moon," NASA said in a statement.

"For example, it helps support an idea, of which scientists are confident, that there's a liquid water ocean, possibly twice as big as Earth's, sloshing beneath this moon's miles-thick ice shell." 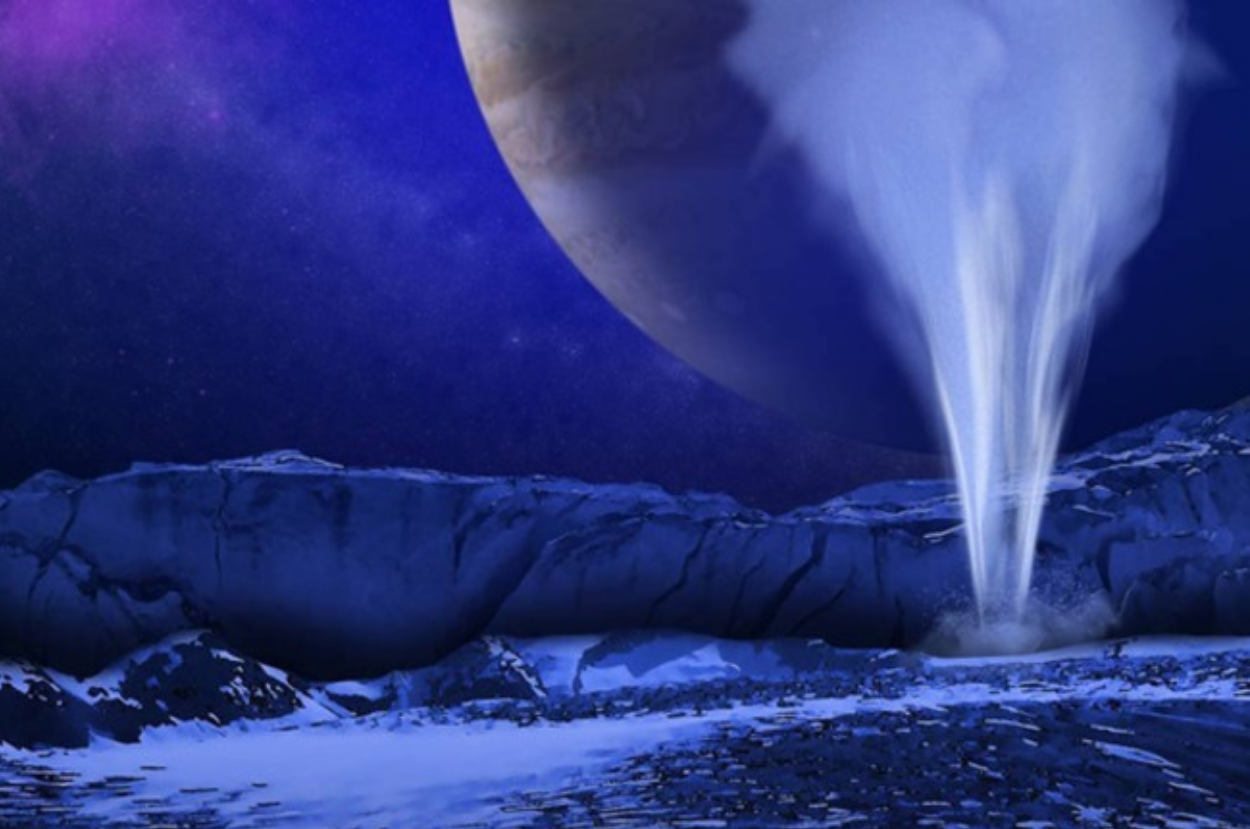 Since the 1960s, scientists have known that Europa holds water ice and there was likely a liquid water ocean beneath the surface. They had predicted that radiation from the huge planet would bombard the surface, producing water vapor.

Studies in the past decade even spotted signs of hydrogen and oxygen in Europa's atmosphere, although it was not specifically water vapor. In this new study, researchers used a telescope at the Keck Observatory in Hawaii to look for particular wavelengths of light that water vapor would emit.

The scientists observed the moon on 17 different occasions from February 2015 to May 2017.

The instruments did not pick up indications of water vapor on 16 of those nights. However, on April 26, 2016, researchers were able to measure a large amount of water vapor around 2 000 metric tons.

Overall, the measurements showed that the usual amount of water vapor in Europa's atmosphere is less than what was previously anticipated.

The standout April 2016 measurement most probably came from a one-time event, like a water plume. Future space missions like Europa Clipper and JUpiter ICy moons Explorer (JUICE) will take a closer look at the moon for further examination.

"It has been difficult to detect water in liquid form. These detections of water in vapor form, I think, is the closest thing we have in the search for liquid water environments."

Previous investigations proved the existence of local density enhancements in Europa’s atmosphere, advancing the idea of a possible origination from water plumes. These measurement strategies, however, were sensitive either to total absorption or atomic emissions, which limited the ability to assess the water content. Here we present direct searches for water vapour on Europa spanning dates from February 2016 to May 2017 with the Keck Observatory. Our global survey at infrared wavelengths resulted in non-detections on 16 out of 17 dates, with upper limits below the water abundances inferred from previous estimates. On one date (26 April 2016) we measured 2,095 ± 658 tonnes of water vapour at Europa’s leading hemisphere. We suggest that the outgassing of water vapour on Europa occurs at lower levels than previously estimated, with only rare localized events of stronger activity.