A team of researchers including members from GNS Science, led by marine geophysicist Jenny Anne Barretto, have identified an ancient mega-volcano with what could be the largest known caldera on Earth. The feature is on the crest of Benham Rise, an oceanic plateau off the Philippines coast.

The discovery of such a large caldera raises questions about volcanism in the Benham Rise around 48-41 million years ago and what special conditions were present for the Apolaki caldera to form. If the team’s conclusions are confirmed by further research, it will officially become the largest known caldera on Earth.

A caldera is defined as a depression produced when a volcano collapses after the emptying of its magma chamber in an explosion.

The caldera on Benham Rise, about 150 km (93 miles) in diameter, can be compared to the biggest impact craters on Earth. It could also be bigger than any other identified calderas on the planet. 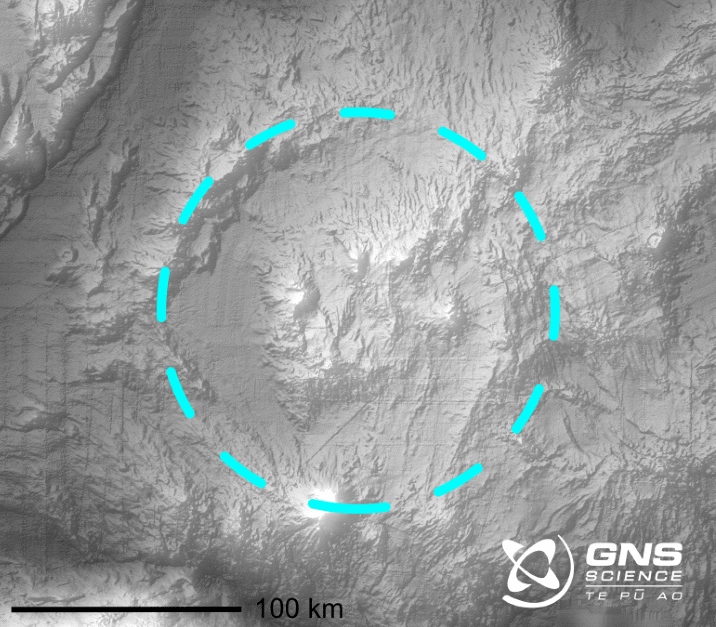 The largest known identified craters on Earth include Chicxulub, about 200 km (124 miles) wide, produced by the impact of the asteroid that made dinosaurs extinct 66 million years ago.

This study showed it had more in common with calderas than impact craters. The crater-like summit of Benham Rise could be compared in size to calderas on Mars, such as Olympus Mons. It was also comparable to that of Venus, such as Colette and Sacajawea.

Due to the caldera's massive size, it was named after Filipino mythical god of the sun and war, Apolaki, whose name also translates to "giant lord".

Scientists believe that the caldera went through multiple collapse events and a resurgence phase. 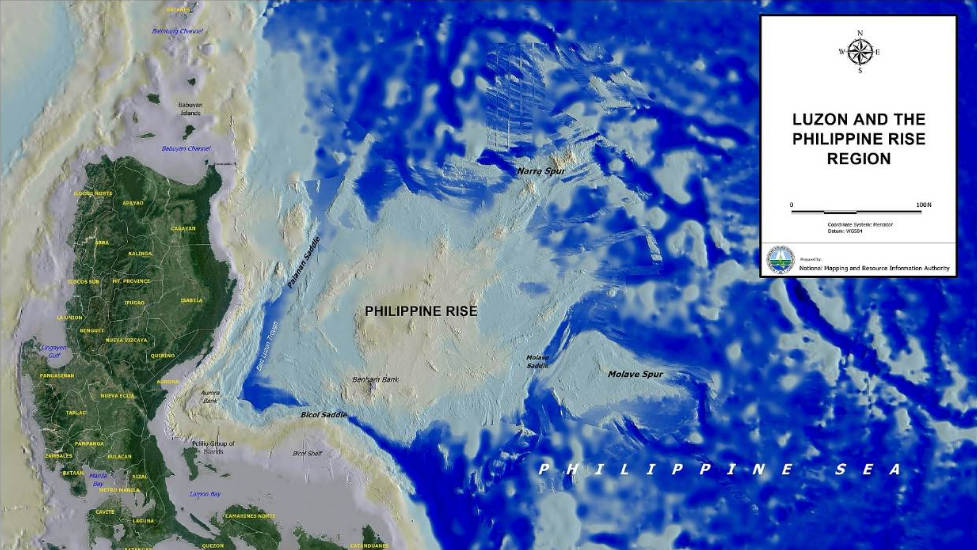 "Apolaki Caldera may well be the world's largest caldera," researchers said. "The short-lived but immense magmatic pulses associated with its formation must have altered the chemistry and physics of the waters and atmosphere in this part of the Pacific."

GNS said the discovery of such large caldera raised queries about volcanism in the Benham Rise some 48 million years ago, and if there were special conditions present for Apolaki Caldera to form.

Once the researchers' findings were confirmed, Apolaki would officially be recognized as the largest known caldera on Earth.

80% of the world's ocean floor was unmapped, and a worldwide push for more study about the depth of the seafloor could lead to more rare discoveries, GNS noted.

The study was published in the Marine Geology journal.

The Benham Rise is an oceanic large igneous province at the western margin of the Philippine Sea. It has an ocean island basalt geochemistry, a surface area of 0.11 Mkm2 and a volume of ~0.13 Mkm3. A crustal thickness of ~15 km is estimated from gravity anomalies. Volcanism was most active in the early stages of its formation, during the Lutetian from ~47.9 Ma to 41.3 Ma, although volcanic activity extended to ~26 Ma. Multibeam bathymetry with almost 100% coverage has revealed the morphology of Benham Rise for the first time. It consists of a main body (~310 km by 330 km) with the Narra, Loro and Molave Spurs extending 100–200 km from its eastern side. The main body is built on a shield platform from ~5200 m to ~3800 m sub-sea. The platform flanks consist of ~3–15 km wide terraces with scarps as high as 100 m to 300 m. The platform is surmounted by a crest exhibiting caldera morphology at an average depth of ~2500 m. The crest is named Apolaki Caldera and may be the world's largest known caldera with a diameter of ~150 km. Features like a breached rim, intra-caldera benches, and a resurgent dome indicate a multi-phase volcanic history consisting of both quiet and explosive eruptions. The bathymetry and publicly available geological and geophysical data record three main stages in the tectonic history of Benham Rise – shield-building, caldera formation, and post-caldera/late stage volcanism. The platform base is interpreted to have formed over a hotspot beneath the Central Basin Spreading Center during the shield-building phase between ~47.9 Ma to ~42.5 Ma. The arrowhead shaped Molave Spur is interpreted to have formed late in this stage along a ridge that propagated away from the hotspot. The caldera formation followed and is interpreted to have occurred before ~41.3–41.5 Ma when Benham Rise was still joined with Urdaneta Plateau. The Narra Spur was formed by late-stage hotspot related volcanism, as Benham Rise and Urdaneta Plateau separated, and ended with the eruptions of the Vinogradov Seamount at ~26 Ma.