This SSW could go down in history as the strongest warming event on record, NIWA said, adding there is increased risk for southerlies in New Zealand into October.

SSW events are rare in the southern hemisphere, with only two in New Zealand in recorded times – one in September 2002 and the other in September 2010

The Australian Bureau of Meteorology is also predicting it as the strongest Antarctic warming on record, likely to exceed the previous record of September 2002 when New Zealand experienced its coldest October in 20 years.

Below-average temperatures covered much of the country in 2002, resulting in frequent ground frosts.

In 2010 SSW event – which is classed as a minor event – a number of rainfall records were broken with well below normal sunshine and very cold temperatures in parts of the South Island.

"Although we have seen plenty of weak or moderate variations in the polar vortex over the past 60 years, the only other true sudden stratospheric warming event in the Southern Hemisphere was in September 2002," BOM meteorologists said.

"Impacts from this stratospheric warming are likely to reach Earth’s surface in the next month and possibly extend through to January. Apart from warming the Antarctic region, the most notable effect will be a shift of the Southern Ocean westerly winds towards the Equator.

"For regions directly in the path of the strongest westerlies, which includes western Tasmania, New Zealand’s South Island, and Patagonia in South America, this generally results in more storminess and rainfall, and colder temperatures. But for subtropical Australia, which largely sits north of the main belt of westerlies, the shift results in reduced rainfall, clearer skies, and warmer temperatures.

"Past stratospheric warming events and associated wind changes have had their strongest effects in NSW and southern Queensland, where springtime temperatures increased, rainfall decreased and heatwaves and fire risk rose."

It happened and continues to unfold.
It set high temperature records in the stratosphere.
It could go down as the strongest warming event on record.
Increased risk for southerlies in New Zealand into October  pic.twitter.com/mEZcRyV74u 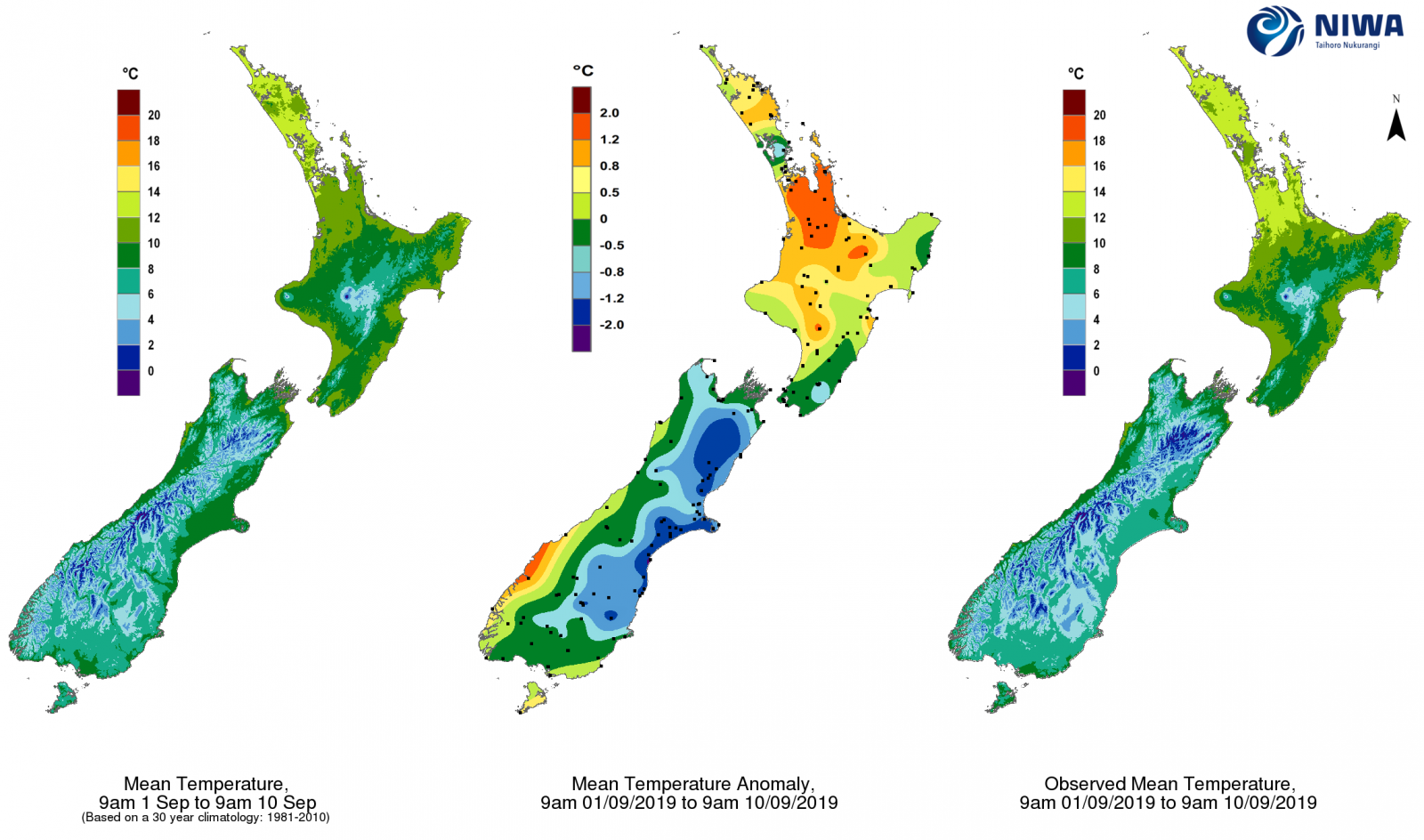 Tim Jones, chief executive of 45 South Orchard and Packhouse in Cromwell, says the cold is expected to stick around for another month.

"The last one in 2002 I do recall had an awful lot of frosts right throughout the spring," he said. "Particularly leading on into October and November. Who knows whether we're up for that again this year, but the key thing is that we're prepared for it."