A multi-day widespread severe weather and heavy rain event is anticipated across much of the Plains and Mississippi Valley this week, before possibly reaching the Ohio Valley, the National Weather Service warns. The severe thunderstorms will be capable of producing large hail, damaging winds and tornadoes, while the heavy rain may be excessive at times and produce flash flooding.

Tennis-ball sized hail and large tornadoes were already reported on May 5, several large ones in Texas, Kansas and Nebraska. 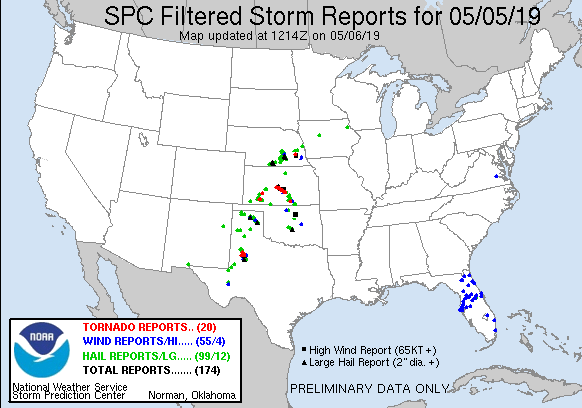 A total of 20 tornadoes were reported, with the most notable near Tahoka, south of Lubbock, TX.

This is my favorite #GOES16 loop so far this year – this beast of a storm near #Lubbock is just incredible! #txwx pic.twitter.com/PS1VIaPu6j

A cold front stretching across the Midwest, Middle Mississippi Valley, Central Plains, and into the Rockies will cause showers and thunderstorms along it over the next couple of day.

The front is expected to move faster across the Great Lakes region and Ohio Valley and reach the Northeast and Mid-Atlantic by Tuesday evening [May 7], but the front will stall farther west, creating a focus for multiple rounds of rain and thunderstorms, NWS forecaster Tate noted May 6.

Additionally, a dryline will persist across the Southern High Plains, helping storms form as well. With the possibility of repeated heavy rainfall, Slight Risks of excessive rainfall/flash flooding are in effect for today and Tuesday across parts of the Central/Southern Plains as well as the Middle Mississippi Valley. 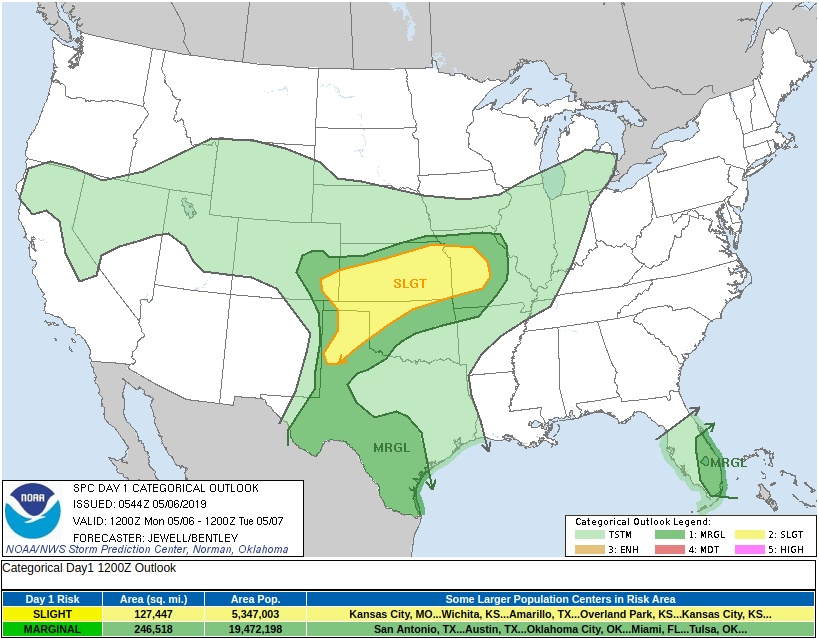 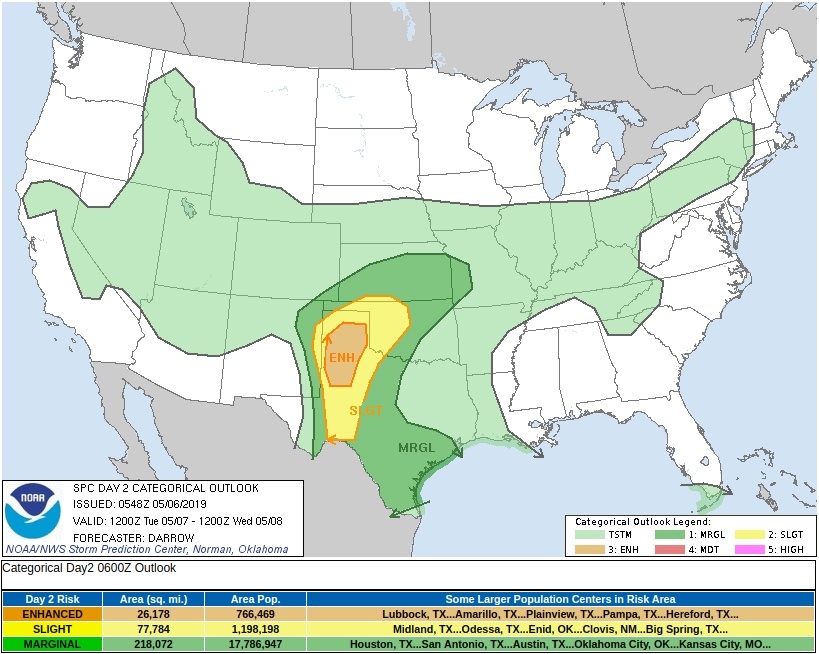 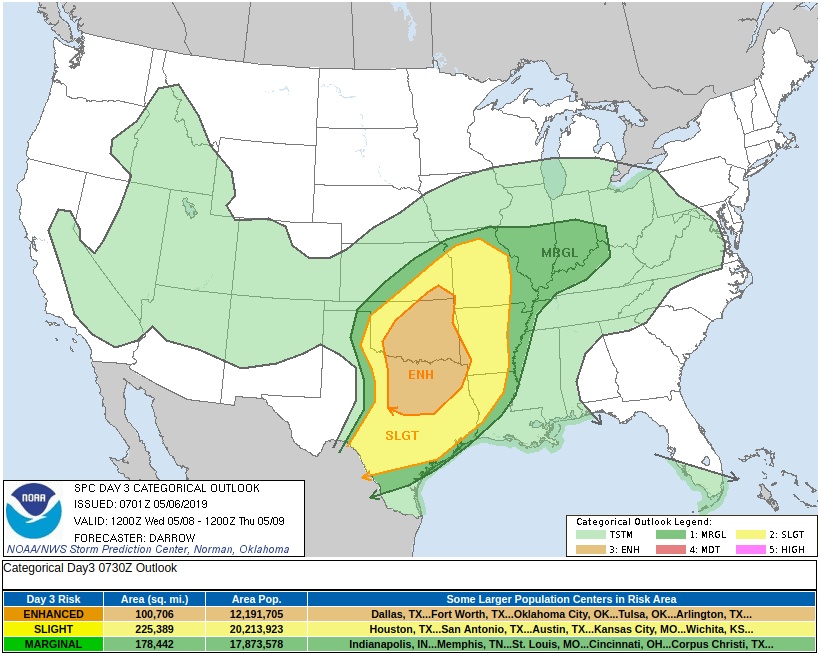 Farther south, moisture is expected to flow into the western Gulf Coast over the next couple of days, creating the possibility of locally heavy rainfall.

A Slight Risk of excessive rainfall/flash flooding is in place for southern Texas on Monday, and shifts into southeastern Texas and southwestern Louisiana on Tuesday.

Scattered showers and thunderstorms are possible across the Florida peninsula as well as a front lingers, but flooding is not expected there.