The cyclone is not a threat to any land and is expected to continue weakening until it finally dissipates. 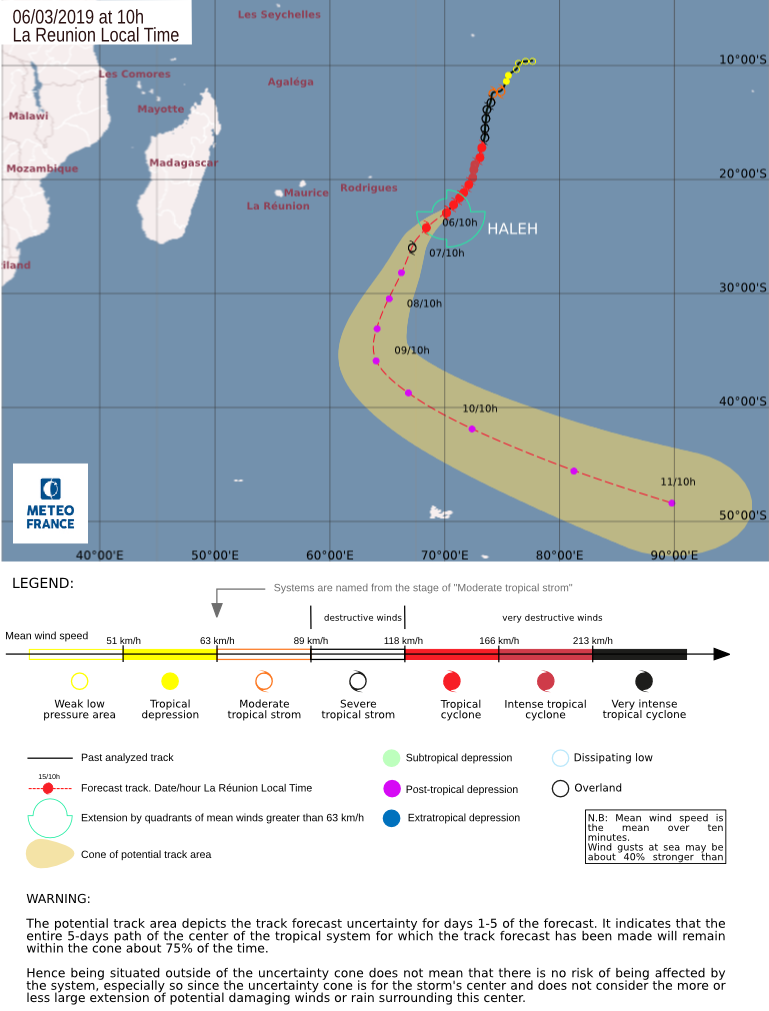 The first tropical cyclone of the season was a moderate tropical storm that did not receive a name. It formed northeast of Madagascar on September 13, 2018, two months before the official start of the season.

Intense Tropical Cyclone "Kenanga "crossed into the basin from the Australian region, retaining its name assigned by TCWC Jakarta. Two moderate tropical storms formed in the month of January 2019, Desmond and Eketsang.

In the month of February, two simultaneous tropical cyclones, Funani and Gelena, formed and were followed by Haleh in March.

Haleh became 6th intense tropical cyclone of the current season, tying with 2006/07 for the most ever in a single season.