Owen made its first landfall well north of Cardwell, Queensland early December 10, exited into the Gulf of Carpentaria and started reorganizing.

The storm then completed an anti-cyclonic loop and turned back to the east, toward Queensland. It gradually began to intensify, peaking as a Category 3 severe tropical cyclone with maximum 10-minute sustained winds of 150 km/h (90 mph).

It made its second landfall approximately 70 km (43 miles) south of Kowanyama around 03:00 LT, December 15 as a low-end Category 3 severe tropical cyclone and gradually weakened to a tropical low due to land interaction. 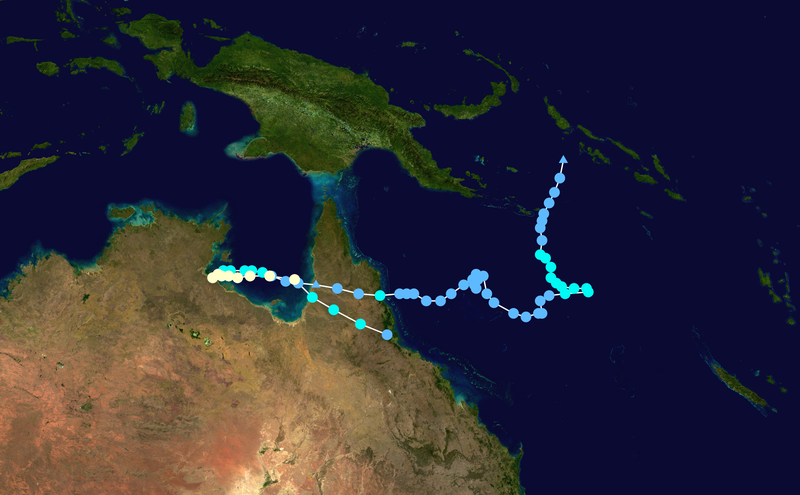 According to data provided by the Australian Bureau of Meteorology, communities between Cairns and Townsville have experienced more than 500 mm (9.6 inches) of rain in just 24 hours.

The remnants of #CycloneOwen continue to spin away off #Mackay. Heavy rain has eased but the wind continues, with a Strong Wind Warning ⚠️ current for the area. Owen will linger out at sea for a few days, but shouldn't cause any more trouble. About time! pic.twitter.com/rAerjUG8pQ

MEDIA ALERT: Record breaking rain in #Queensland as ex-Tropical #CycloneOwen crossed the east coast. Communities between #Cairns and #Townsville have experienced more than half a metre of rain since yesterday as it tracked through northern Qld. Read more: https://t.co/CtvuN77nyK pic.twitter.com/f1mnsNMf0n

"The heaviest falls are expected to continue easing over the next two days, however coastal communities between Mackay and the northern Wide Bay are still likely to experience heavy rain," meteorologist Richard Wardle said December 16.

Flooding has closed many roads north of Ingham and motorists have been told to avoid traveling on the Bruce Highway between Cairns and Townsville.