A relatively strong low pressure storm system – the first nor'easter of the 2018/19 season continues to push up the Eastern Seaboard on October 27, 2018. Residents should expect impacts of strong gusty winds, heavy rain, and coastal flooding to gradually wind down across the Mid-Atlantic but persist throughout the day in the Northeast. Also, temperatures will be cold enough to allow heavy snow in the higher elevations of northern New England and New York state.

Low pressure moving northward along the Northeast coast will continue to bring widespread heavy rainfall and gusty winds to much of the Northeast today, coming to an end from south to north by Sunday as the low lifts into Eastern Canada, NHC forecaster Santorelli notes.

For most, rain will be the predominant precipitation type, except across portions of upstate New York and northern New England where mixed precipitation and/or accumulating snow and icing is possible, especially in the higher terrain.

Winter weather advisories are in effect for the Catskill and Adirondack ranges of New York, as well as for portions of northern New England. 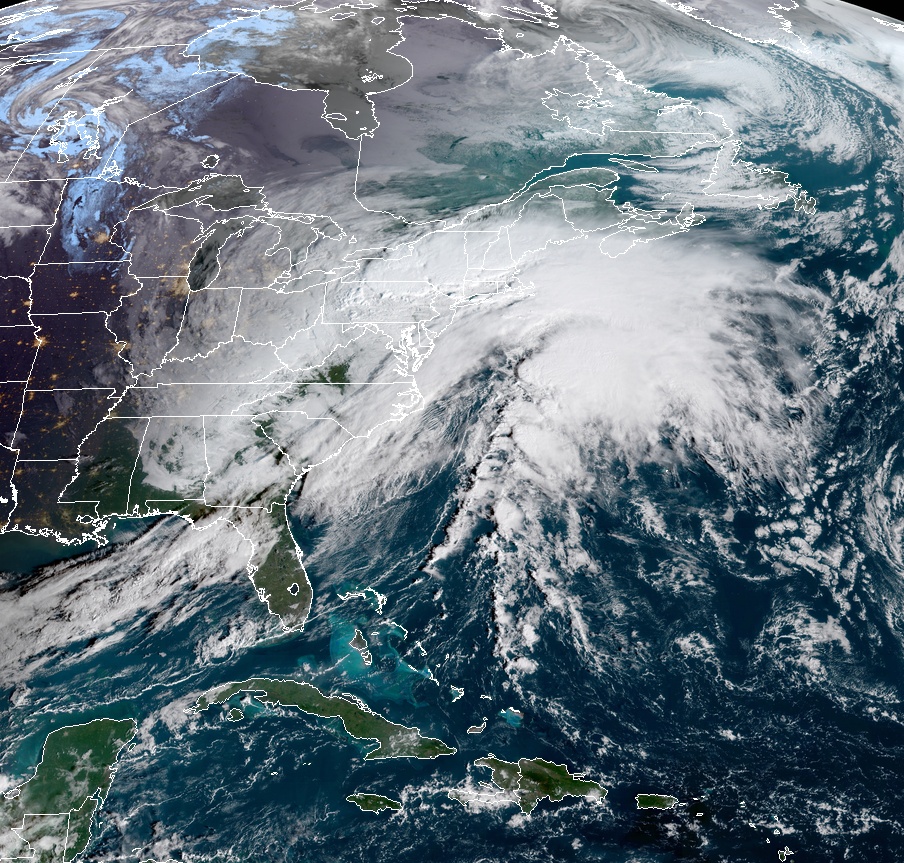 Coastal flooding and strong winds are also a concern along the coast, where coastal flood warnings and advisories are in effect, along with high wind warnings and storm warnings over adjacent coastal waters.

Temperatures across the East in the wake of this storm will remain below normal through the weekend.

The Upper Midwest and Great Lakes will see periods of rain today as a low pressure system drops into the northern Plains this morning and advances quickly eastward.

Chilly temperatures overnight may also allow for some changeover to a rain/snow mix across portions of the northernmost lakes and the northern Appalachians.

Despite a cold front passage, temperatures in the Central U.S. will warm up by the end of the weekend as upper-level ridging builds across the region with afternoon highs as much as 11 °C (20 °F) above normal possible.

Out west, a strong system moving onshore will bring locally heavy precipitation to the Pacific Northwest today, with the best activity expected to focus along the favored terrain. Rain and mountain snows move into the northern Intermountain West and Rockies by Sunday and Monday with light accumulating snowfall possible in the highest elevations. T

This system should bring temperatures back down to near normal values across the Pacific Northwest this weekend, while the rest of the West remains warm.