The last VONA was issued at 22:56 UTC, September 21. It was related to an eruption at 22:48 UTC, recorded with a seismogram with a maximum amplitude of 45 mm. The eruption lasted about 115 seconds, producing ash column that rose up to 538 m (1 722 feet) above sea level, drifting south. 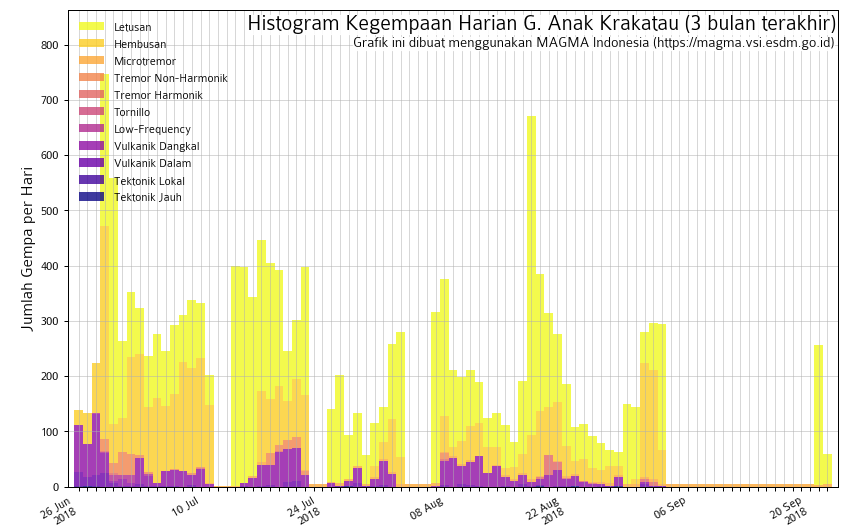 Photo of eruption at #Krakatau volcano yesterday, 9th September. The photographer, Aris Yanto, informed me that a new lava-flow was currently active on the Southern flank of Anak-Krakatau, as also seen on the photo. Photo: Aris Yanto. pic.twitter.com/97iUiEvQjl

The Alert Level remains at 2 (on a scale of 1 – 4): residents and visitors were warned not to approach the volcano within 2 km (1.2 miles) of the crater.