Heavy thunderstorms hit parts of the New York City on the morning of August 11, causing power outages and major flooding on the Upper East Side and in the Bronx.

An AAA truck driver said he was busy all morning helping stranded drivers. "Yes a lot of calls, a lot of breakdowns, a lot of accidents, major flat tires and roadside breakdowns," he said.

More heavy storms hit the five boroughs Saturday morning – and they resulted in more flooding. Here was the view on the Upper East Side. pic.twitter.com/s1WdHAPHBN

Authorities said some buildings were damaged.

The quake was felt strongly in Tirana and most of the country, as well as in Macedonia, Kosovo, Montenegro and Bosnia.

It was followed by at least 15 aftershocks.

A record-breaking rainfall hit parts of Myanmar on August 10, causing floods in Myitkyina.

The city recorded 99.8 mm (3.93 inches) of rain within two hours, which is a record for Myitkyina this year.

Heavy monsoon rains affecting Myanmar since July 9 have caused the worst floods the country has seen in 30 years. More than 148 000 people have been displaced, at least 16 killed and nearly 28 000 still in their flooded homes, as of August 2.

A moderately strong Strombolian activity was observed at Etna's Bocca Nuova and Northeast Crater on the evening of August 10.

A large sinkhole opened up on the afternoon of August 10 in the parking lot of the Tanger Outlets in Lancaster, swallowing six parked cars.

Officials said that no one was hurt, and added that the vehicles involved can't be removed until the area is stable.

Witnesses say it felt like an earthquake when the hole opened up.

The cause of the sinkhole is still unknown.

Parts of the Florida Gulf coast have been impacted by one of the worst red tide outbreaks in years.

The worst of the damage is centered around Parkview High School, KY3 reports.

The storm uprooted large trees near JFK Stadium and partially torn down baseball fence. Nearly 76 mm (3 inches) of rain in a short time led to some minor street flooding too.

Environment Canada expects the heat to die down over the weekend, with a cold front sweeping through Alberta.

The Okinawa Meteorological Observatory announced that the regional average precipitation in the Okinawa region in July this year was 3.3 times more than the average year.

This was the greatest amount since these statistics started being recorded in 1946, rivaling the rainfalls in 1972, the Ryukyu Shimpo reports.

The death toll from major M7.0 earthquake that hit the island of Lombok on August 5 rose to 387, officials said August 5

More than 13 000 people were injured and more than 387 000 displaced. Thousands of buildings were damaged.

Sadly, the death toll is still expected to rise because there are still victims suspected of being buried by landslides and under rubble. There are also victims that have not been recorded and reported, said Sutopo Purwo Nugroho, Indonesia's National Disaster Agency spokesman.

Most deaths occurred in the north of Lombok, where 334 people died and more than 200,000 people were forced out of damaged homes.

NMC said Yagi will move at a pace of around 20 km/h (12.4 mph) towards the northwest with gradually increasing force and will make landfall in Zhejiang Province Sunday evening. 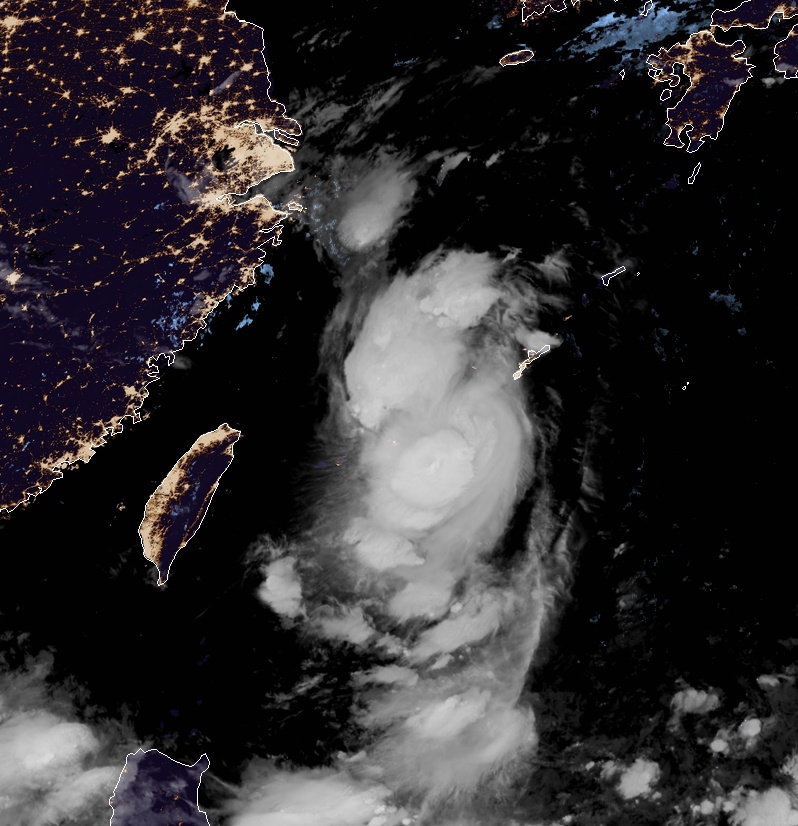 More than half of Kerala's 14 districts are on high alert as the death toll from worst floods in almost 100 years reached 34, officials said August 11.

One government official told Reuters that crops across 26 824 ha (66 283 acres), worth more than $67 million USD have been destroyed since the rains started on May 29.

Authorities have taken the unprecedented step of opening the gates of 25 water reservoirs to prevent potentially disastrous breaches.